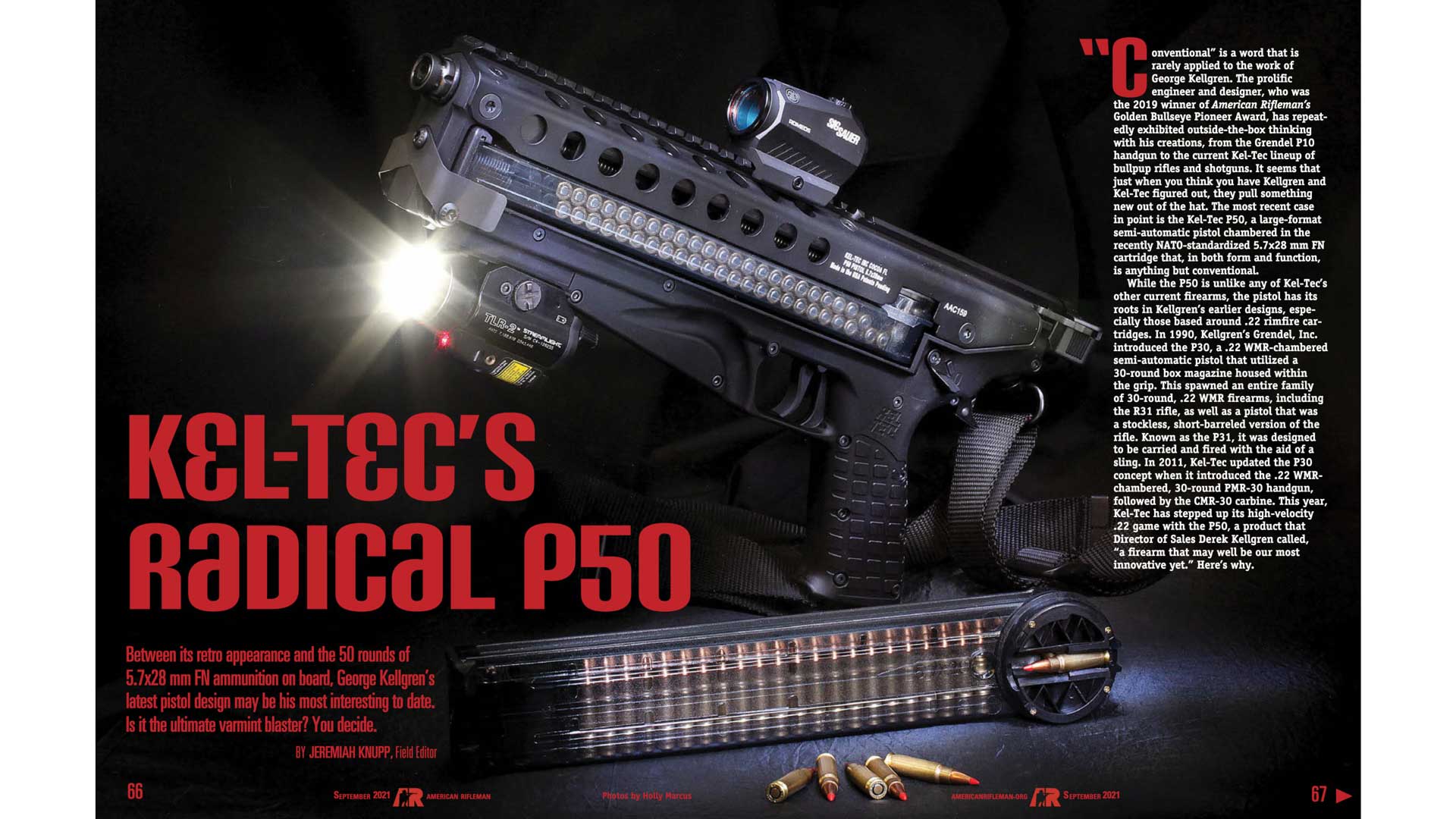 A 56-oz., 15″-long pistol chambered in 5.7×28 mm FN that feeds from the quirky, horizontally mounted 50-round magazines used in FN’s P90/PS90 platform, the P50 exemplifies Kel-Tec’s penchant for creating novel and unorthodox firearm designs. But despite what an odd duck the P50 would seem to be, once he got his hands on one, Field Editor Jeremiah Knupp was impressed by its adaptability, and he expounded upon the pistol’s qualities in “Kel-Tec’s Radical P50.”

“The P50’s compact size, ease of use and capacity … would certainly lend itself to home defense with the addition of an electronic optic and light,” Knupp said. His testing revealed the P50’s accuracy to be excellent—partly attributed to its barrel being fixed to its receiver and partly due to its crisp trigger—and also noted the pistol’s potential as a close-range varmint-hunting tool. For thinking so far outside the box in creating a truly innovative gun capable of a broad range of applications, we determined that the Kel-Tec P50 was deserving of our Tactical Product Of The Year award.
keltecweapons.com

Revolution In The Blood: Christopher Miner Spencer’s Coming Of Age