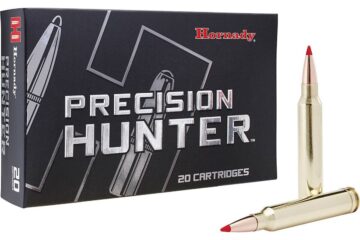 November 27, 2022 Guns In The News
Home»Politics»5 Things Hillary Says She Will Do To Your Rights If She Wins
Politics

In June 2000, Hillary Clinton endorsed a bill introduced by U.S. Sen. Chuck Schumer, D-N.Y., that would have required anyone who owns a handgun to be licensed and to have their name placed in a national database. Clinton said, “I stand in support of this common-sense legislation to license everyone who wishes to purchase a gun. I also believe that every new handgun sale or transfer should be registered in a national registry, such as Chuck is proposing.”

In January 2008, during her primary fight for the Democratic presidential nomination, Clinton was asked in a debate whether she had “backed off a national licensing [and] registration plan.” Clinton answered, “Yes.”

What had changed was that in 2000, Al Gore ran on an anti-Second Amendment platform and lost. His anti-gun stance even cost him his home state of Tennessee. So, from then until this election cycle, Democratic presidential hopefuls have generally been careful not to stir up America’s 100 million-plus gun owners.

In 2008, Barack Obama was so careful about not poking gun owners that even some who should’ve known better weren’t so sure he was a threat to their gun rights.

In the summer of 2008, I was in studio with the great G. Gordon Liddy talking about gun rights on his radio show (he retired in 2012). I wasn’t then a big supporter of Sen. John McCain, R-Ariz., for president, as McCain had just impaired our freedom of speech with his campaign-finance law that forbade the expression of political views by some in the time leading up to elections. But I said on air that I would vote for him because I believed he would mostly protect the Second Amendment, whereas then-Sen. Barack Obama would not.

Liddy wasn’t so sure. He noted that Obama was saying he supported the individual’s right to bear arms—this was the official DNC position at the time (it isn’t now). Because of this, Liddy said he would take Obama as a man of his word, at least until Obama proved otherwise. That was very gentlemanly of Liddy, but, being a cynical journalist, I said, “I respectfully disagree. With politicians, their record is a better indicator of future behavior than their rhetoric, and Obama has already established a record of opposition to our right to bear arms.” Liddy shook his head and smiled, as if to say I might be right.

It was difficult to publicly disagree with Liddy, as he is a man who stands so steadfastly by his word that he went to prison rather than break it. But his gentlemanly forbearance also taught me how dishonest politicians can use our better natures against us.

At the Democratic National Convention last month, Clinton said, “I’m not here to repeal the Second Amendment. I’m not here to take away your guns.” She wants us to believe this, even though she has said that the Supreme Court got it “wrong” with the Heller (2008) decision in which the court ruled 5-4 that the Second Amendment is indeed an individual right.As she [Clinton] is trying to obscure even her own record, it is important to list what she has said she’d do to your freedom.

As she is trying to obscure even her own record, it is important to list what she has said she’d do to your freedom. (We’ll cover more in later columns.)

While being interviewed on “Good Morning America” on June 4, 1999, Clinton said, “If you own a gun or you know people who do, make sure it’s locked up and stored without the ammunition. We’ve made some progress in the last several years with the Brady Bill and some of the bans on assault weapons, but we have a lot of work to do.” To that end, the “issues” portion of her website says she wants to institute another “assault weapons” ban, which would outlaw the
semi-automatic AR-15—the most popular rifle in the country. Incidentally, a so-called “assault weapons” ban like Clinton proposes was instituted by her husband in 1994, and was totally ineffective for the 10 years it was in effect.

In June 2014 Clinton said on CNN, “I believe that we need a more thoughtful conversation. We cannot let a minority of people—and that’s what it is, it is a minority of people—hold a viewpoint that terrorizes the majority of people.” She then said she favors “background checks that work” even as she showed she didn’t know the difference between a semi-automatic modern sporting rifle and a machine gun by saying that mass murderers in the U.S. use “automatic” weapons. Her desire for a “universal” background check is also on her official website. She wants to add real costs and legal entanglements to anyone who wants to loan, give or sell their firearms to family, friends and shooting buddies, even though no one can show this would keep guns out of the hands of any criminals anywhere.

Clinton has said, “If you are too dangerous to get on a plane, you are too dangerous to buy a gun in America.” She wants to add secret government blacklists to the National Instant Criminal Background Check System (NICS). Adding people on secret government watch lists to the prohibited category, whether or not they’ve been convicted of a crime or even accused of one, isa gross infringement of not only the Second Amendment, but the Fifth Amendment right of due process under the law.

Hold Gun Makers Liable For The Actions Of Criminals

Clinton has repeatedly lied about the protections afforded by Congress to firearm makers and sellers from liability in the Protection of Lawful Commerce in Arms Act (PLCAA). The PLCAA does not protect gun makers from liability if they sell faulty products or if they break the law. It simply protects them from being civilly liable for the actions of criminals. (For more, I wrote about this here.) Clinton, when she was a U.S. senator, voted against passage of the PLCAA. She wants to repeal it now so that anti-gun trial lawyers can pile frivolous lawsuit after frivolous lawsuit on gun makers and gun sellers, forcing them to spend millions of dollars in legal fees just to defend themselves.

In May 2014, Clinton took a swipe at the concealed carry of firearms for self-defense, saying, “I think again we’re way out of balance. We’ve got to rein in what has become almost an article of faith that almost anybody can have a gun anywhere at any time. And I don’t believe that is in the best interest of the vast majority of people.”

More recently, she has said that citizens with concealed firearms don’t make us a safer nation. And her proclamation that the Supreme Court was “wrong” on the Heller decision, which ruled that the Second Amendment protects your right to own a gun in your home for self-defense, puts her squarely at odds with Americans who have realized that they are the first line of defense for themselves and their families.

Writer For The Nation Might Take His Gun Training More Seriously