Best known for their piston-driven AR platform rifles, Adams Arms launched their first complete pistol in 2021, the compact semi-automatic 9 mm AA19. Accurate, comfortable in the hand and reliable, the AA19 is a great choice for home defense and concealed carry, and right out of the box it will accommodate a wide variety of handgun optics.

While it has a definite Glock G19 look to it, the striker fired AA19 sports several upgraded features not found on its Austrian cousin, including a Vickers Tactical Carry Trigger, which comes standard. 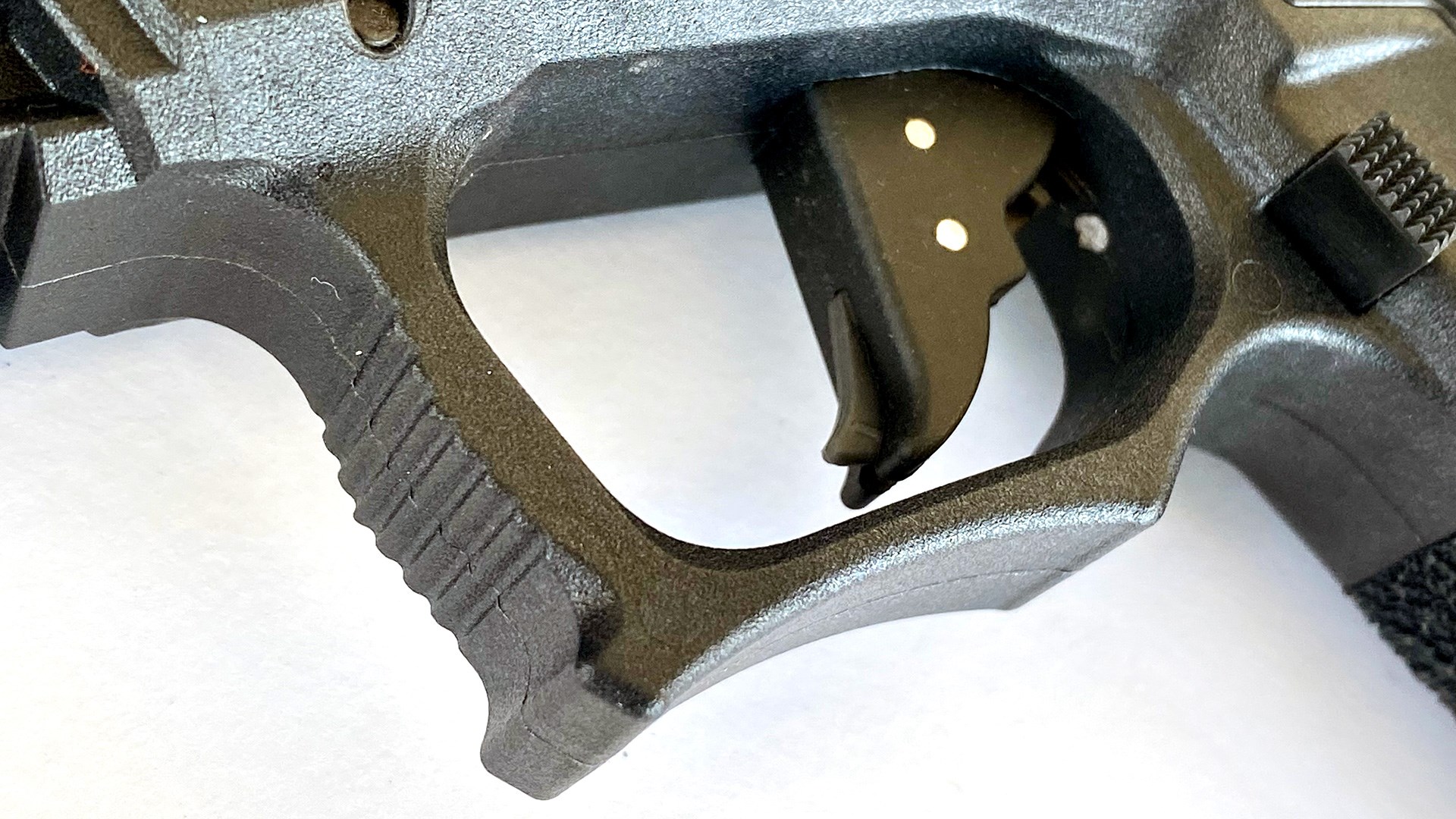 Featuring a 4.25-inch barrel and an extremely grippy polymer frame, the AA19 has a double undercut beneath the trigger guard for a very high and solid grip. The rear notch on the AmeriGlo Defoor EDC sights on top of the slide is actually wide enough to allow the shooter to center the front post easily within that notch, something that is not always possible on many front and rear pistol sight combos offered as standard kit today. The AA19’s barrel is also threaded at ½ x 28 TPI for a suppressor and a thread protector cap is included.

I first fired the AA19 offhand at targets five and ten yards distant, and the accuracy of the pistol was impressive. My ten yard, five shot groups started at approximately two-inches for all brands of ammunition, but as I shot and got use to the pistol my groups shrunk closer to a 1.5-inch average for the Browning BPT, Federal Punch and Remington UMC. My best group at this distance was with the Aguila 9mm and measured just 1.0-inches.

At five yards offhand, my conclusion was that any group over one inch was the fault of me the shooter, not the AA19. My best five shots at this distance and the Federal Punch self-defense rounds, which scored an .80-inch cluster.

In over 200 rounds, the gun experienced zero failures to feed or eject. The trigger snapped back into place quickly for fast follow up shots. The trigger itself averaged at 2 pounds, 10 ounces of pull. 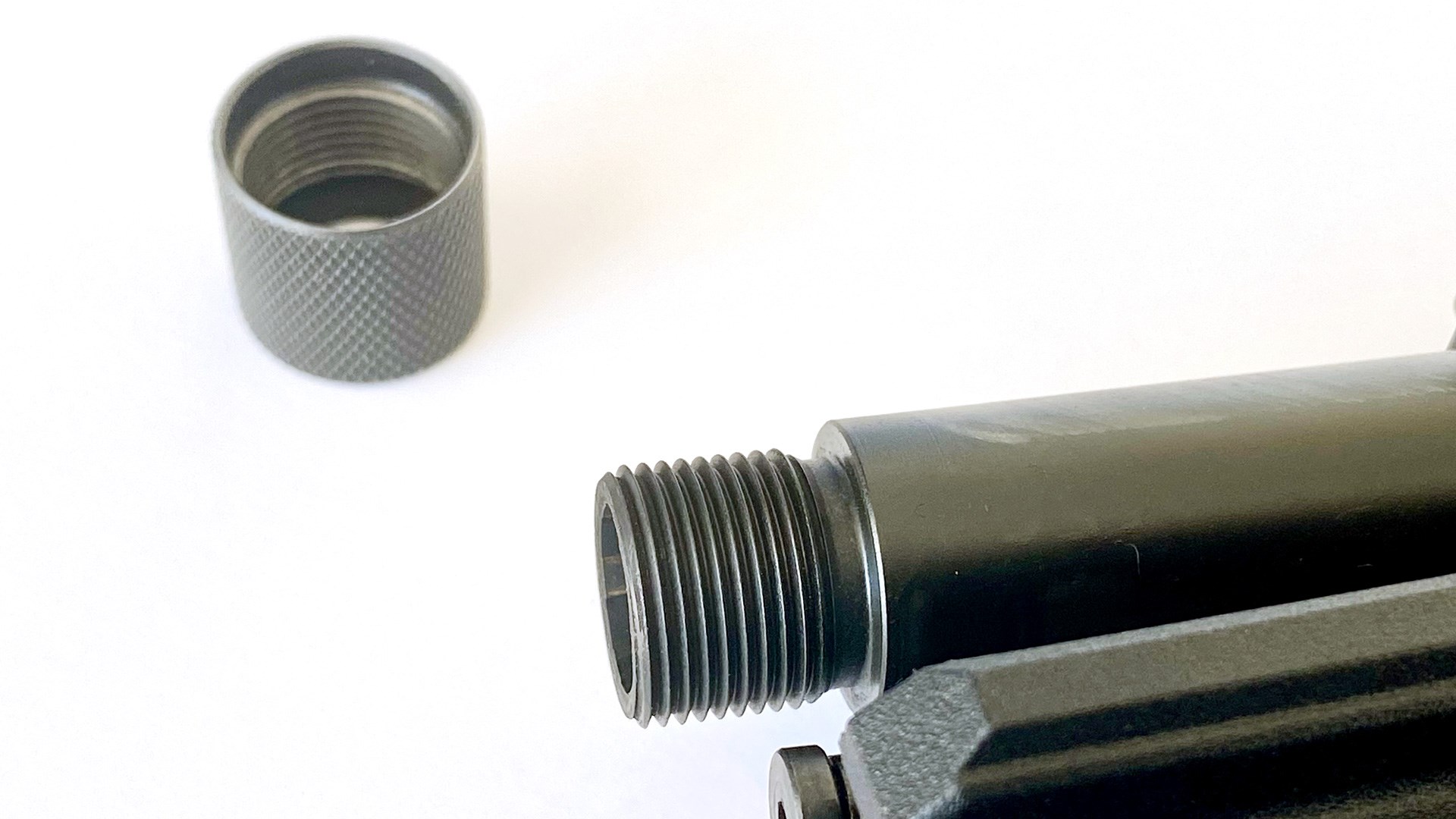 The AA19 might also be the grippiest poly-framed pistol this shooter has ever used. The front and back straps have a sandpaper like texture, while the sides of the grip feature a raised pattern that not only provides good traction but are also embossed high onto the grip. The combination of these two textures, plus the double undercut beneath the trigger guard and the AA19’s beavertail, make for a rock-solid hold, even with wet and grimy hands.

The slide also features diagonal cuts on the front and back that really dig into the fingers to provide leverage for the easy racking of the slide.

I didn’t mount an optic on the AA19, however, removing the optics plate at the rear of the slide and the available adapter plates make the AA19 ready for easy mounting of optics. Plates are available for most popular optics, including the Trijicon RMR, Leupold Deltapoint, Shield RMS, Burris Fastfire 3, Vortex Venom/Viper, Vortex Razon and C-More STS.

The AA19 arrived with two PMAG 15 GL 9 magazines, each holding 15 rounds for a 15+1 round capacity. A 1913 Picatinny rail is molded into the polymer frame under the barrel to allow for the mounting of a light or laser.

The only real knock against the AA19 from a functional point of view may be the extra-small slide stop. Although, that smaller size of the stop did keep this shooters thumbs from accidently activating it while shooting.

The second potential knock  on the gun is the suggested retail of just shy of a $1000. However, if a shooter bought a workhorse Glock 19 Gen 5 for approximately $550 and then set about adding upgrades like the AA19’s better trigger and superior sights, then replaced the barrel with a threaded one, and then add in the trip to a gunsmith to do the needed optics cut, and that Glock 19 would represent a $1,000 investment, and the you still wouldn’t have AA19’s first-rate grip textures or the double undercut trigger guard for a higher, more secure hold.

Pay the $1000 later with the Glock or pay it now with the Adams Arms AA19? If you have the means, in my opinion, now is usually better.