The first red-dot sight designed for a firearm came from Aimpoint nearly 50 years ago. It quickly staked a claim in the rifle world and—after shedding cumbersome bulk—is taking the pistol market by storm. The popularity shows in the number of handguns that ship wearing either an optic or factory-cut slide for mounting one.

Nearly every major manufacturer does it, and it’s convinced some that pistol iron sights are destined for extinction. We asked seven of the industry’s foremost if they’re indeed on the endangered species list. Even they can’t come to a consensus.

It was 1990 when Doug Koenig won the Bianchi Cup with an optic atop his pistol. It wasn’t one of today’s lightweight, highly efficient versions, either. Jeff Johnston asked him why he decided to compete against the world’s best with an experimental and cumbersome setup. “I knew my times with irons, so I had a baseline to test against—the red dot was faster. It’s faster because your focus isn’t bouncing back and forth [between sight and target], and there’s nothing to align,” Koenig explained. “You just focus on the target and put the dot on it, just like pointing your finger.”

Competitors took note, developed their own mounting systems at first, but ultimately enlisted the aid of sponsors. It launched an evolution in optics and gun makers responded to the trend. American Rifleman writer Kelly Young noted recently that, “Once thought of as a premium upgrade rarely encountered on real-world guns, an optic-cut slide has become such a standard feature these days that new pistol introductions without this ability are becoming conspicuous for its absence.” 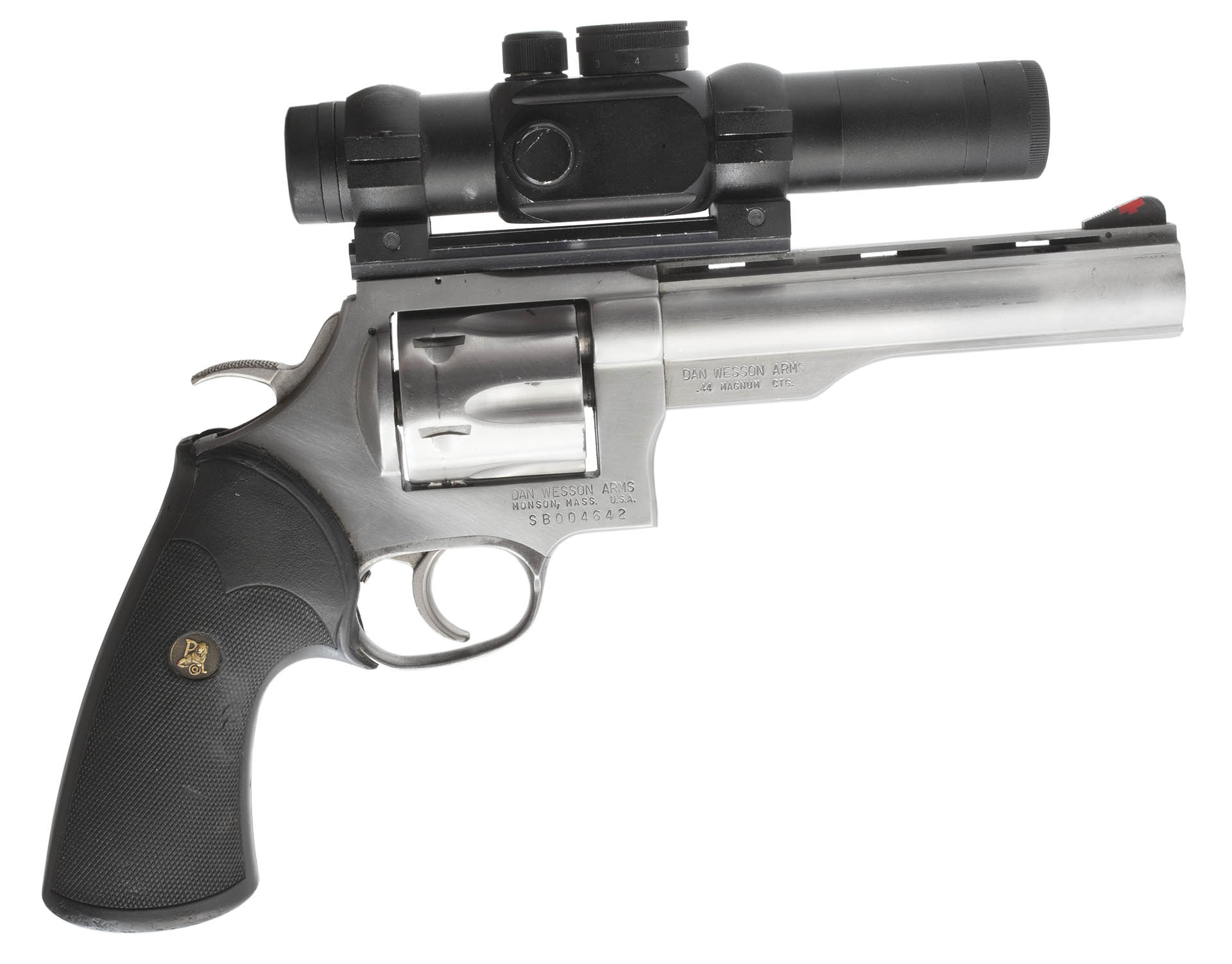 When asked if demand for optics-ready pistols has increased significantly in the past few years, the response was unanimous from every manufacturer contacted. It’s growing and shows no sign of slowing.

“The industry, as a whole, is seeing an increased interest in optics-ready pistols,” said Mark Scelza, national sales manager for SAR USA. “The optics are much smaller than ever before. They are even becoming more common for concealed-carry pistols.”

Mike Humphries, media relations manager for Springfield Armory agreed, noting, “Springfield Armory has committed heavily to promoting the use of optics-equipped pistols with its OSP (Optical Sight Pistol) offerings on handguns such as the Hellcat, XD-M Elite, XD-S Mod.2 and more pistols. While pistols like the Hellcat were designed from the ground up with optics-ready capability in mind, interest from shooters has been so strong that we have also adapted previous offerings like the XD-S Mod.2 to be specifically OSP pistols.”

Wilson Combat began offering its True Zero service for precision milling on slides and optic mounting in early in 2018. “It has been very well received and is a common option that our customers select regularly on their handgun orders,” according to Wilson’s Guy Joubert. “The optic manufacturers are developing better quality optics that can withstand the abuse of slide-mounted use on handguns, thus it seems likely we will continue to see them in increasing use for the foreseeable future.”

“Throughout the last couple of years, we have definitely seen an increase in demand and requests for many of our models to be optic-ready,” said Danae Hale, marketing manager at CZ-USA.

Cody Osbourne, marketing director at Taurus Holdings, “Yes, we have seen an increase in demand on optic-ready pistols. Resulting in a 5 percent rise in sales in regards to the G3 family since 2020. We have even seen requests come through for optic-ready revolvers.”

Popularity at the Range

Manufacturers aside, we also asked Gunsite Academy CEO Ken Campbell. “The pistol-mounted optic (PMO) is clearly not in the future, it is now,” he said. “We see about 50 percent of the pistols at Gunsite with PMO. I have them on some of my carry guns. They are there because I need to be able to teach the students with them and, frankly, my eyes are 63 years old now with trifocals. The PMO is a useful tool and helps with my shooting.” 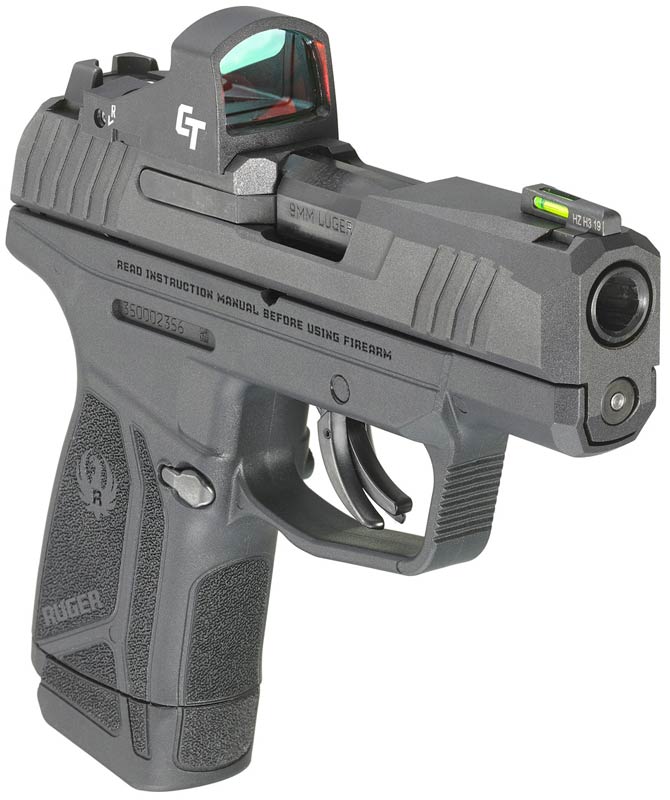 Mark Gurney, who is director of product management at Ruger, offered personal observations from his time volunteering at local competitions that attract more than 100 shooters each week.

“While a few of our league members are excellent pistol shooters, most are not high-speed, low-drag competitors,” he said. “We are mostly average guys and gals who enjoy our ‘league night’ throughout the summer. I would estimate red-dot use is growing geometrically in our league, but is still in the minority compared with iron sights.”

The trend seems to be crystal clear. Red-dots are here to stay and working toward the pistol sight-picture throne. Does that mean iron sights are destined to follow the Dodo bird?

“Recent technological developments in not only the miniaturization but also the ruggedization of red-dot optics have made them remarkably sturdy and capable,” Humphries notes. “Yes, the simplicity of iron sights is hard to beat, but today’s best micro red dots can hold their own. And, as in the case of pistols like the Hellcat OSP, you can have a red dot and back-up irons—just in case.”

The latter versatility is a big one, too, according to Campbell. “On two of my PMO carry guns, the PMO is backed up by iron sights,” he said. “Not co-witness, but the irons are in the bottom half of the window of the optic. That way, should something happen, I have redundancy. Remember the adage ‘two is one and one is none?’”

Rumors Of The Demise Greatly Exaggerated?

Demand for non-optic-ready pistols remains strong at Springfield, according to Humphries, particularly the company’s highly regarded M1911 lineup. It’s the same for CZ-USA’s guns, and according to CZ-USA’s Hale, ruggedness is only part of the attraction to irons. She explained, “Models such as the CZ 75 or P-01 are our flagship models and have more than proven themselves capable of standing up to anything that can be thrown their way,” adding, “as well as provide a presence and feel that cannot be replicated from models with optics installed.”

“Iron sights are still very useful and they work,” Campbell said. “Like the old Timex watch: They take a lickin’ and keep on tickin’. Technology, no matter how robust, can fail.”

Osbourne disagrees. “I am going to ruffle everyone’s feathers on this one,” he warned, “but quality pistol optics are more ‘rugged.’ Technology in quality pistol optics and mounting systems have progressed as much as ammo has in recent years. For those who say, ‘what about the battery dying?,’ I would look up the term Gross Sight Picture . . . using the back of the optic, or the window, or the top of the optic as the aiming device. Also, most quality optics have multiple-year battery life with constant on. From shooting a lot competitively and training, front sights do fall off and rear sights do shift and fall off.”

As for current market share, he shared a few numbers. Of the Taurus G3C pistols sold so far in 2022, 11 percent included the Taurus Optic Ready Option—up from 8.9 percent in 2021. That slide footprint is new to the Taurus GX line this year, but 15 percent of guns sold already ship with it.

Future In The Hands Of New Shooters?

Campbell draws an interesting conclusion. “I think back 25-plus years ago when we started seeing dot optics on carbines at Gunsite,” he said. “Look how far those have come and how common they are now. That is where we are with the PMO. The young shooters now will be very strong with them as they are not re-learning as I am from iron sights. So, my thinking is that you need to start the learning process with PMO if you plan on shooting over the next 10-plus years, but keep practice up with the iron sights.”

Loyal American Rifleman readers might also note that, despite all the improvement in carbine optics, their iron sights still haven’t disappeared—yet anyway.