August 8, 2022 Guns In The News
Home»Commentary»Behind the Bullet: .416 Ruger
Commentary

Cartridge development can be a funny and fickle thing; what may seem like a sound idea can be a flop for a half-century, and the oddest of designs can become a fan-favorite for apparently no reason at all. Take, for example, the .275 Holland & Holland Magnum; it was released alongside the .375 H&H Magnum in 1912 as the choice for lighter game, but never caught on. Considering how dimensionally similar the cartridge is to the 7mm Remington Magnum which came out 50 years later, one could easily be confused by the cartridge market. 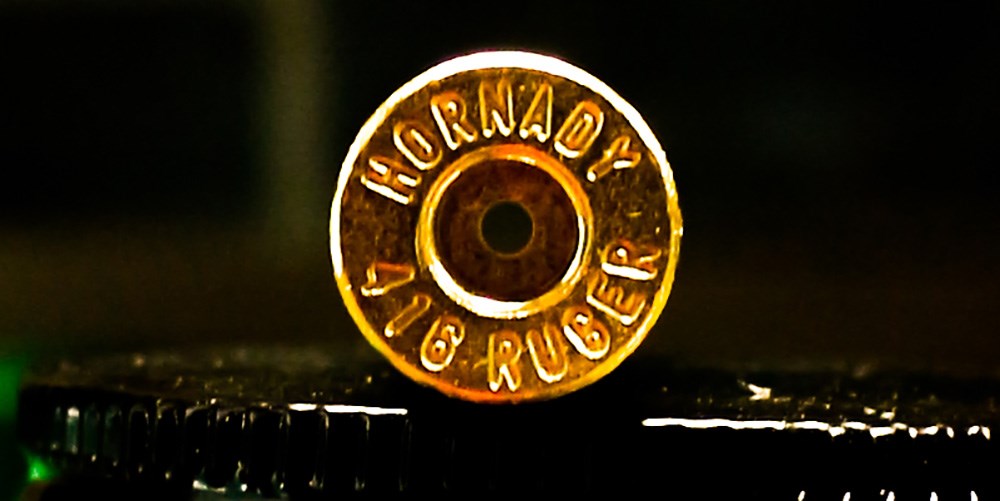 The .416 Rigby is another example, as it was a proprietary cartridge from the well-respected firm of John Rigby & Co., yet why the designers chose a bore diameter of .416 inches is lost to history; to further illustrate the point, there were less than 200 .416 Rigby rifles sold during the heyday between the World Wars. Simply put, though the performance of both rifle and cartridge were and are stellar—and many professional hunters swore by it—it was only the romanticizing by several outdoor authors which kept it alive. Ammo became rare by the 1960s, and it wasn’t until the late 1980s that Federal brought back the ammunition, and Ruger chambered their RSM for the .416 Rigby. We then had a small explosion of .416s, with Remington introducing their .416 Remington Magnum (the belted H&H case mated with .416-inch-diameter bullets, and for all purposes the twin of the wildcat .416 Hoffman) mimicking the Rigby ballistic formula, and Weatherby countered with the huge .416 Weatherby Magnum (a necked-up version of the behemoth .378 Weatherby).

It’s no secret that a 400-grain .416-inch-diameter bullet delivered between 2300 and 2400 fps is a magical formula; it kills big stuff dead. It has a sectional density of 0.330, and will deliver some of the deepest penetration of any bullet out there. The recoil of that big Weatherby cartridge can be a bit stiff for some mortals, but the Rigby and Remington designs are more than manageable in comparison. But the industry wasn’t done with the .416-caliber cartridges; 2008 saw the release of the joint venture between Hornady and Ruger, a necked up version of their previously successful .375 Ruger cartridge: the .416 Ruger. 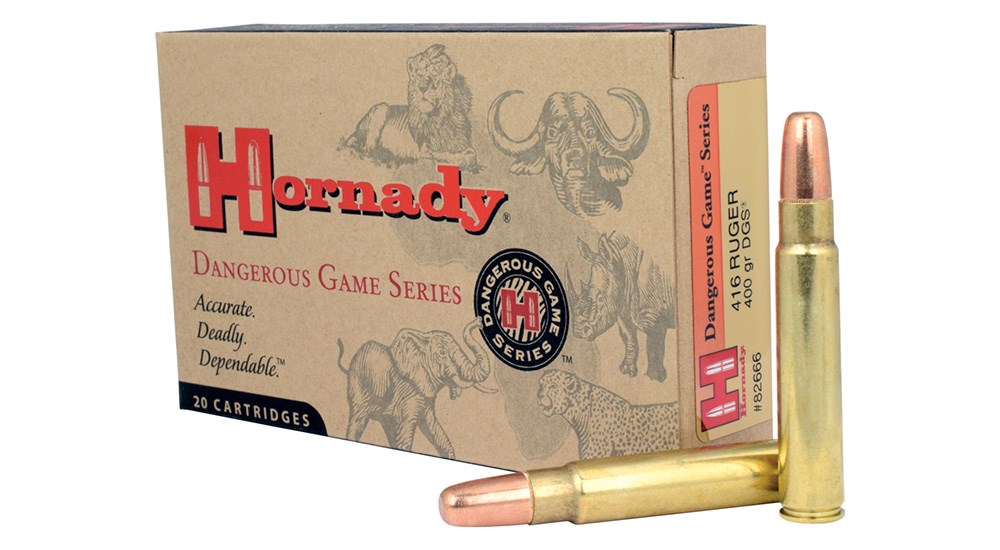 Like the .375 Ruger, it uses a beltless case with a head the same diameter of the H&H belted case at 0.532 inches, yet the case length was trimmed to 2.572 inches, and it maintains a cartridge overall length of 3.340 inches, in order to fit in a standard-length receiver. The cartridge headspaces off the 30-degree shoulder, and the beltless design feeds very nicely from a box magazine. Unlike the H&H family of cartridges, the .416 Ruger’s body is the same diameter as the case head, meaning that the body diameter is larger than that of the H&H cases. Thereby, the .416 Ruger can deliver the same muzzle velocity as the factory loads for the .416 Ruger and Remington Magnum—2400 fps, for over 5,100 ft.-lbs. of muzzle energy.

So, what we end up with is an efficient cartridge, which—unlike the other commercial .416s—doesn’t require a magnum-length action for optimum performance (yes, standard actions have, in the past, been modified to house the big Rigby case; Harry Selby’s rifle was a classic example) and which gives the same velocity as the Rigby and Remington. Sounds like a winner, hands down, right? Well, not so fast. I will be the first to state that the .416 Ruger is a perfectly sound choice for a dangerous-game rifle cartridge, and that there isn’t a grizzly bear, buffalo of any species or elephant on earth which could tell the difference between the Ruger, Remington or Rigby. There is an issue however: Hornady is the only company currently making factory-loaded ammunition, and even that is currently listed as a “limited production.” Their ammunition, however, is excellent, being loaded with the 400-grain DGX Bonded softpoint and DGS solid. 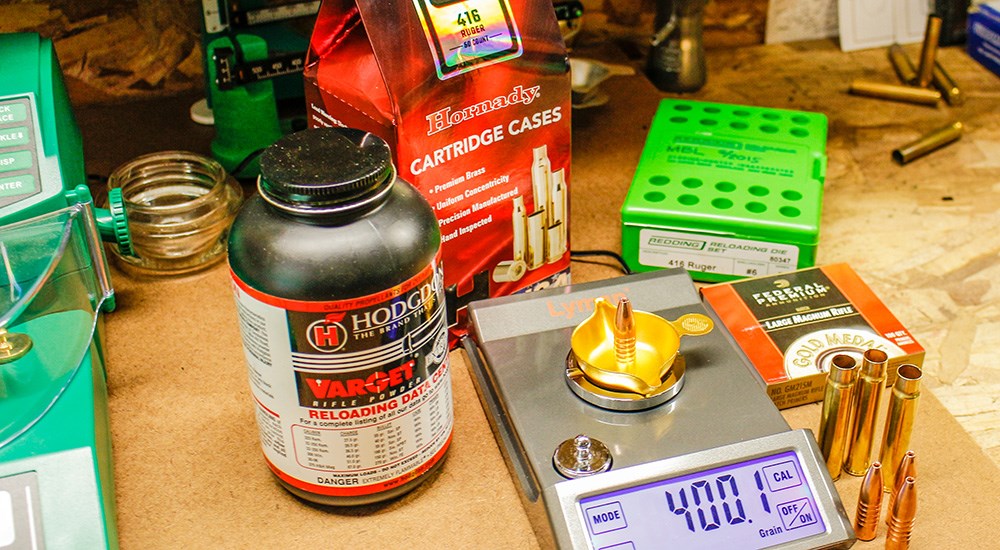 Is the .416 Ruger headed for obscurity? I hope not, as it always represented a great value for the hunter who saved long years for the hunt of a lifetime, and wanted the best bang for his or her buck (pun fully intended). It seems, however, that to maximize the capability and availability of the .416 Ruger, handloading is going to be your only hope. There are plenty of high-quality .416-inch-diameter projectiles to choose from, and the case doesn’t seem to be overly finicky. I have had great results using medium burning powders like Alliant’s Reloder 15, IMR 4064 and Hodgdon’s VARGET, the latter delivering ¾-MOA accuracy in my buddy Tim Wegner’s (formerly of BladeTech Knives) rifle, having served him well on several safaris. You’ll definitely want a large rifle magnum primer, and I’ve found that loads which are just on the edge of compression give the most uniform results.

The .416 Ruger is the only commercially produced cartridge in that bore diameter designed to fit in a long-action receiver, though the belted .416 Taylor has always been a popular choice among the wildcats, so I hope that the cartridge stays with us. It truly is an affordable option, being able to be offered in a rifle which is cheaper to produce, a bit lighter to carry, yet is as effective as its predecessors. Hopefully we’ll see an increase in the number of factory loads soon.