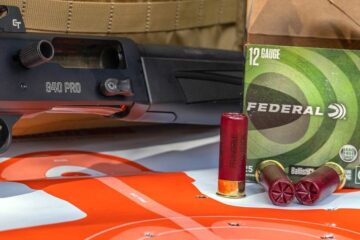 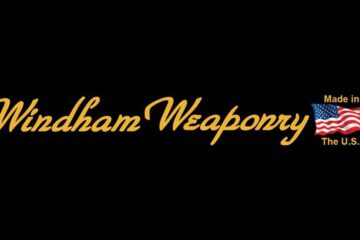 In a U.S. Senate confirmation hearing on Wednesday, David Chipman, President Joe Biden’s (D) nominee to head the Bureau of Alcohol, Tobacco, Firearms and Explosives (ATF), reiterated his support for banning the manufacture and sale of all AR-15 style rifles—the most-popular rifle in America.

Additionally, Chipman doubled down, stating that he would like to see the millions of semi-automatic rifles already owned by law-abiding American gun owners tightly regulated under the National Firearms Act.

“So, you want to ban the most-popular rifle in America?” Cruz responded incredulously. “During the Clinton administration there was a ban in effect. The Department of Justice studied that law and discovered that it had no measurable impact on violent crime. Is that right?”

In response, Chipman claimed to not be aware of that particular study; he instead insisted that findings of the law’s effectiveness were “mixed.”

Having currently owned semi-automatic rifles regulated under the National Firearms Act would basically regulate them as machine guns are now regulated. Under Chipman’s plan, owners would apparently be forced to register every semi-automatic rifle they own with the government and pay a special tax for owning each rifle.

Later, under questioning by Sen. Tom Cotton (R-Ark.), Chipman shocked some in the committee with his definition of an “assault rifle,” as any semi-automatic rifle capable of accepting a detachable magazine and above .22 caliber, including .223 rifles.

The comments came in a somewhat contentious hearing where Democrat U.S. Senate leaders sought to hold confirmation hearings for five Biden nominees in one sitting—a tactic condemned by some on the committee who called it a “drive-by.” Each Senator was allowed only five minutes of questioning.

“I’d like to respectfully note my objection to five executive branch nominees, all for very significant positions, and the chairman has given us these five nominees and five minutes to ask them questions,” said Sen. John Cornyn (R-Texas). “This is really a joke. To me it trivializes our constitutional responsibility to advise and consent.”

In addition to questions on banning semi-automatic rifles, pro-gun senators also questioned Chipman concerning several statements he made on the record over his last several years as a gun-control activist. In one exchange, Sen. Mike Lee (R-Utah), brought up Chipman’s derogatory, mocking remarks about those purchasing a gun for the first time last year during the height of the COVID-19 pandemic—even saying in one interview new gun owners were like “Tiger King.”

“You then advised them to quote, ‘hide their gun behind the cans of tuna and beef jerky they had stored in the cabinet and only take it out if the zombies start to appear,’ close quote,” Lee said. “When I first saw that, I watched the clip and read the clip several times hoping I was missing context, hoping that there was something else there that would make this less troubling. It concerns me that you, as the nominee to be the director of the ATF, would have such a flippant and, if I may say so, utterly condescending, attitude toward first-time gun owners in this country.

“Why would you choose to insult so many of your fellow Americans with a statement like this based on the fact that they purchased a gun?”

Chipman responded by saying he was speaking about himself during that mocking comment.

“That was a lengthy interview,” Chipman said. “What I was trying to use as self-deprecating humor, the person who has a gun stored behind his tuna and beef jerky was me. And I was saying that all of us were acting in new ways as a response to Covid, and I thought that people should be very clear that when they bring a gun into their home they need to be trained.”

Questioning about the 2008 U.S. Supreme Court decision in District of Columbia v. Heller, in which the Court ruled that the constitution protects an individual right to keep and bear arms, became interesting because Chipman has worked for a number of organizations that fought against that decision at the time and that continue to claim it was a wrongly decided.

After repeated questions on the topic, Chipman finally admitted he believes Heller was “rightly decided,” despite the fact that his current employer—the anti-gun group Giffords—thinks just the opposite. Apparently, though, Chipman believes that it’s perfectly fine for the government to infringe on that individual right.

“There are those among us who think that the way to deal with the scourge of gun violence in our country is to enable ever more guns in our country,” anti-gun U.S. Sen. Mazie Hirono (D-Hawaii) said in addressing Chipman. “It’s very clear, is it not, that there’s nothing in the constitution that prevents Congress or the states from enacting gun ownership, sensible gun ownership laws, is there?”

Of course, such a question completely ignores the existence of the Second Amendment, written to keep government from infringing on the right to bear arms. Chipman, however, told Sen. Hirono what she and other gun-banners in Congress really wanted to hear.

“Senator, I think that it is well within the powers of Congress to balance the rights we have under the Constitution and the responsibility as a nation to keep us safe,” Chipman responded. Interestingly, that statement is in direct contrast to Benjamin Franklin’s famous quotation on the same topic: “Those who would give up essential liberty, to purchase a little temporary safety, deserve neither liberty nor safety.”

Before the actual questioning began, Sen. Chuck Grassley (R-IA) laid out concerns many on the committee had concerning Chipman’s anti-gun advocacy and his fitness to run the ATF.

“Ever since Mr. Chipman was announced, I have been hearing from alarmed constituents who care about their rights under the Second Amendment,” Grassley said. “Mr. Chipman seems to have worked for every prominent gun-control group in the country. He’s been described by CNN as, quote, ‘a fierce advocate for gun control.’

By the end of the committee hearing, none of those concerns seemed to have been answered sufficiently for those on the committee who believe in an individual right to keep and bear arms as ruled by the Supreme Court in the Heller decision.

Sen. John Kennedy (R-La.) put it best when he couldn’t get Chipman to answer his repeated questioning on how the nominee would personally define an “assault weapon.”