With the AR-15 rifle coming up on its 60th anniversary, the platform has never been more popular: since its original debut in the jungles of Vietnam and then the rest of the Cold War—through the Global War on Terror overseas and the sunset of the 1994 Federal Assault Weapons ban at home. Events such as this shaped the AR-15 into the definitive rifle design and style of today.

Shooting at “longer distances” with an AR-15 pattern rifle is a nuanced topic. Not only is a .224-inch projectile weighing 45 to 90 grains being propelled by a powder charge varying from 22 to 26 grains from a particular rifle bound by the laws of physics, but the fact is that proper positioning, trigger control, follow-through, sight alignment, windage, and elevation are equally important regardless of the actual distance to the target. Therefore, thinking about long distance or precision shooting solely in terms of numerical distance may not the best strategy. According to Ash Hess, an expert marksman with Quantified Performance, a long distance or precision shot is one that requires the critical application of fundamentals to guarantee a precise impact on target. At 400 yards for example, the wind and elevation calls for an 11.5-inch-barreled carbine may be different than those for a 20-inch-barreled rifle, but the fundamentals of marksmanship must be judiciously observed in both instances for accurate results.

Magnification in a long-range scope is important for several reasons: primarily, it allows the shooter to clearly see the target. And having enough magnification also easily allows the shooter to see their previous shot impacts (which means immediate shooting feedback). Besides that, enough magnification gives a shooter the opportunity to comb through their target’s finer details, which can be useful should a more specific aiming point within the target itself is called for. Magnification will also grant the shooter the ability to scan the target’s environment for other cues or information pertinent to that specific area. For example, a shooter at a rifle match might use their magnification capabilities to accurately evaluate wind flags near the target in order to make a correct windage adjustment. On the other hand, a military sniper may use their magnification capabilities to positively identify a high-value target. For this reason, some experienced shooters choose riflescopes with more magnification than they might actually need to fire the shot. The ability to see the target and what lies beyond it is crucial.

How Much Magnification Is Enough? 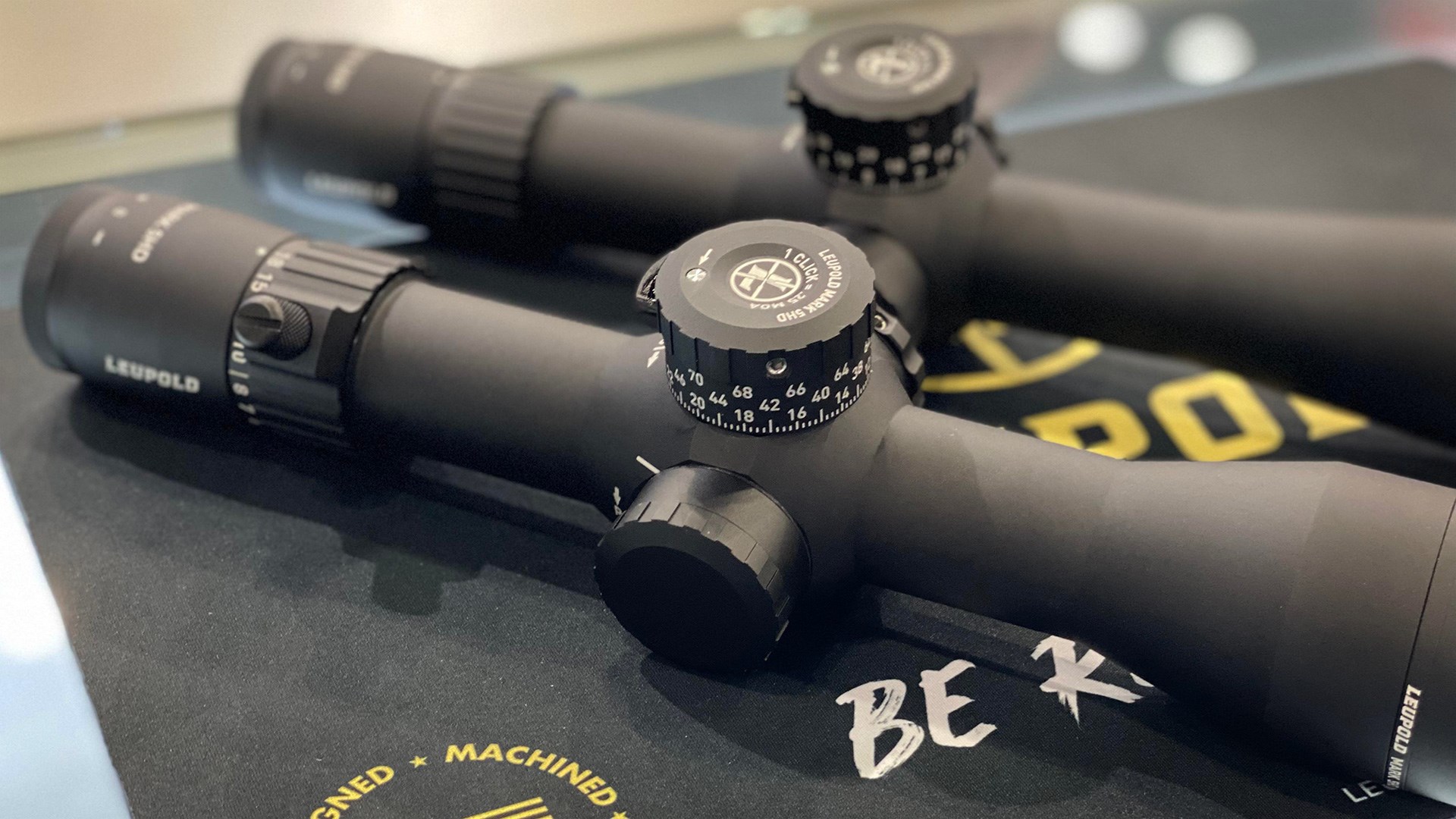 Conversely, a lack of magnification in a riflescope can hamstring a shooter and rob them of precision and in consequence increase the difficulty of a shot. Mr. Hess recommends using an optic that offers 1x of magnification for every hundred yards to be able to reasonably address a 6-MOA target (a 6-inch circle). Suppose for example, that a shooter’s particular rifle and cartridge are effective up to 800 yards: at the very minimum, the shooter’s optic should be able to adjust to 8x magnification. Engaging smaller targets or targets at further distances may require even more magnification to maintain the ability to scan targets, details, and terrain. And because shooting at distance is nuanced and there are no one-size-fits-all solutions for every shooting scenario, it is best for individual shooters to determine the effective performance envelope of their rifle and ammunition choices so they can evaluate riflescope and gear choices pertinent to their needs and purpose.

The United States Army marksmanship manual for rifles and carbines (TC 3-22.9) states that there are two truths in marksmanship: In order to properly engage a target, a rifle must have the correct sight alignment and sight picture, and that the rifle must be fired without disturbing its aim. A useful scope reticle should thus have an aiming point that gives a shooter a clear and concise sight picture. 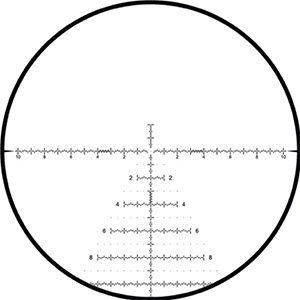 This aiming point should be finer rather than bolder, so as to not occlude targets at further distances. A reticle’s subtensions and main stadia lines should also not be too bold for the same reason. The reticle should also include a grid or “Christmas tree” pattern that forms a network of carefully spaced reference points. These types of reticles offer immediate feedback after the previous shot, so a shooter instantly knows what to adjust, dial in or hold over before the next shot, but the reticles are useful for other tasks such as ranging or reading windage. At extended distances, these grids become even more critical as they are usually the last set of reliable reference points.

The discussion pertaining to FFP versus SFP (first-focal-plane and second-focal-plane) reticles merits its own separate article, but in summary, their main differences besides monetary cost are that FFP reticles shrink or expand in size as the scope’s magnification is increased or decreased, and SFP reticles remain constant regardless of the scope’s magnification level. Scopes with FFP reticles are more complicated to manufacture and generally sell at higher prices than scopes with SFP reticles, which are easier to produce and are also generally more affordable than FFP scopes. The last point of consideration is an FFP reticle’s angular units remain constant regardless of magnification level, but a SFP reticles angular units are only “true” at a specified magnification setting. A shooter using a long range AR-15 scope with an SFP reticle has to be careful when using their grid reticle. They should ensure the scope is at the correct magnification setting otherwise false readings may occur. 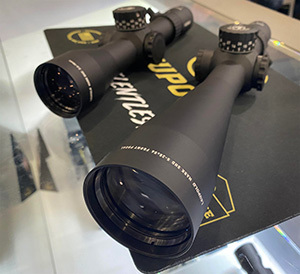 Similarly to the way an under-magnified optic could make shooting more challenging, not having enough elevation adjustment either in the reticle, the scope turrets or both could also handicap shooting accurately. For example, a specific combination of ammunition and rifle may require a certain amount of elevation adjustment to make accurate hits at the farthest bounds of its ballistic arc, therefore, it would be prudent to ensure that the scope topping that particular rifle has enough elevation adjustment to meet that limit. Otherwise, making shot without the correct amount of adjustment might require improvisation or an imprecise strategy such as “Kentucky windage” increasing the margin for errors.

A Focus On The Focal Plane

Fortunately, most long-range AR-15 scopes on the market geared toward accurate shooting generally have enough internal adjustability and reticle grids expansive enough to mitigate these issues. Shooters equipping their rifles with multi-purpose optics such as LPVOs (low-power variable optic) should take some consideration how their optic interfaces with their rifle. Despite the fact that feature sets in the LPVOs are constantly improving and higher end LPVOs are bridging the gap between speed and precision with their inclusion of more elaborate reticles and higher magnification capabilities (such as the Nightforce 1-8x24mm ATACR or NX8), many of these optics do not have the same level of elevation adjustment as traditional scopes do. Likewise, LPVO reticles are generally not as detailed as they’re primarily designed around making quick shots at closer distances.

While scope mounts are outside the purview of this writing, it should be noted that some mounts are designed with some level of built-in elevation. This means that an optic will sit in the mount at a subtle incline. It wouldn’t be unreasonable to consider this a form of “bonus” units of elevation that increase a riflescope’s overall units of elevation adjustment.

In short, choosing an adequate riflescope for longer distance shooting with the AR-15 platform will require that a shooter take the individual details pertaining to their specific gear (rifle barrel length, barrel twist, ammunition selection and its ballistic trajectories, etc.) and what they hope to accomplish with said gear and reconcile that with a riflescope that aids in accurate shooting by having enough magnification and a useful reticle with enough elevation adjustments and also fits within a shooter’s budget.

The Army’s Next Generation Squad Weapon