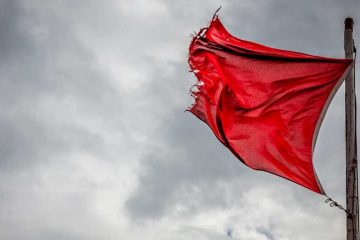 A new report shows the number of concealed carry permit applications is rising, even despite some states limiting Second Amendment rights during recent pandemic shutdowns. The number of permit holders for concealed firearms is nearly 20 million, according to a Washington Examiner report.

Since 1999, the number of concealed handgun permit holders has grown by at least seven-fold. The trend is continuing. That follows news that background checks for firearm sales topped 15.4 million so far this year, surpassing 2019’s totals and poised to eclipse the 2016 record of 15.7 million background checks in a single year. Forty percent of those buyers, almost 6.2 million, are first time buyers.

Record-setting gun sales has been the story of 2020. The surge in sales has also revealed a diversifying gun-owning population in America, with women and minorities comprising large percentages of buyers. Firearm retailer survey data show handgun purchases were by far the most common among buyers, and reasons of personal protection drove sales across all categories of firearms.

“I’ve seen a lot more single moms that are scared and need something to protect them,” said Dave Amon of Gunstop of Minnetonka, Minn. “They’re scared when people talk about defunding the police.”

This isn’t surprising given rioting, looting and violence on nightly news. Add to this backdrop criminals being released from jails and growing calls to “defund the police” and Americans are remedying their legitimate concerns by taking responsibility for their own safety.

The trend of an increasingly diverse gun buyer is mirrored in those obtaining concealed carry permits. “Permits for women and minorities continue to increase at a much faster rate than for either men or whites,” said John Lott, of the Crime Research Prevention Center, which tracks concealed carry permit applications.

That’s hardly new, though. The CPRC study shows nearly 20 million Americans today possess a concealed carry permit. That amounts to a more than seven-fold increase in permit carriers since 1999, when there were 2.7 million.

Some states used coronavirus pandemic shutdown orders as an excuse to pump the brakes on processing concealed carry permit applications. That’s evident in the dip in year-to-year examinations of permits. So far, 800,000 Americans have obtained their concealed carry permits in 2020, notably less than totals in 2019 and 2018, 1.4 million and 890,000, respectively.

Contributing to the reduction in permit application growth is the fact that thirteen states ceased processing concealed carry applications altogether for a period of time. Those states included Florida, Georgia, Louisiana, Michigan, Missouri, Montana, Nevada, North Carolina, Ohio, Oregon, Pennsylvania and Washington. In Pennsylvania, the backlog in permit processing has led to lawsuits.

A lawsuit was filed against the Philadelphia Police Department for requiring concealed carry permit applicants to wait up to 18 months. Pennsylvania law states municipalities must process applications within 45 days, and neighboring Bucks County is processing applications without delay, even with COVID circumstances.

This makes it all that much more important that Congress take action on the NSSF-backed Concealed Carry Reciprocity Act, H.R. 38, introduced by U.S. Rep. Richard Hudson (R-N.C.) and S. 69, by U.S. Sen. John Cornyn (R-Texas). These bills eliminate the pitfalls 20 million Americans must navigate around when travelling from state-to-state. The legislation would allow handgun owners who are legally permitted and authorized in and by their home state to carry a concealed firearm in other states they must comply with the laws of each state. Constitutional rights don’t end at a state’s borders and legal barriers to lawful self-protection shouldn’t either.