I must say that at first glance, the cool factor of the HARDWAR3 Industries DX-12 double-barrel shotgun pistol is absolutely off the charts, but I admit that I wonder what you would have to do to control it and just how hard your hand would hurt with each round you fired.

However, it seems the cool factor is what led creator Ivan Santic to name it “The Punisher.”

Take a look at some of these photos of this incredible gun generated from Moi3D and Fusion360, which were used to digitally phototype the DX-12. 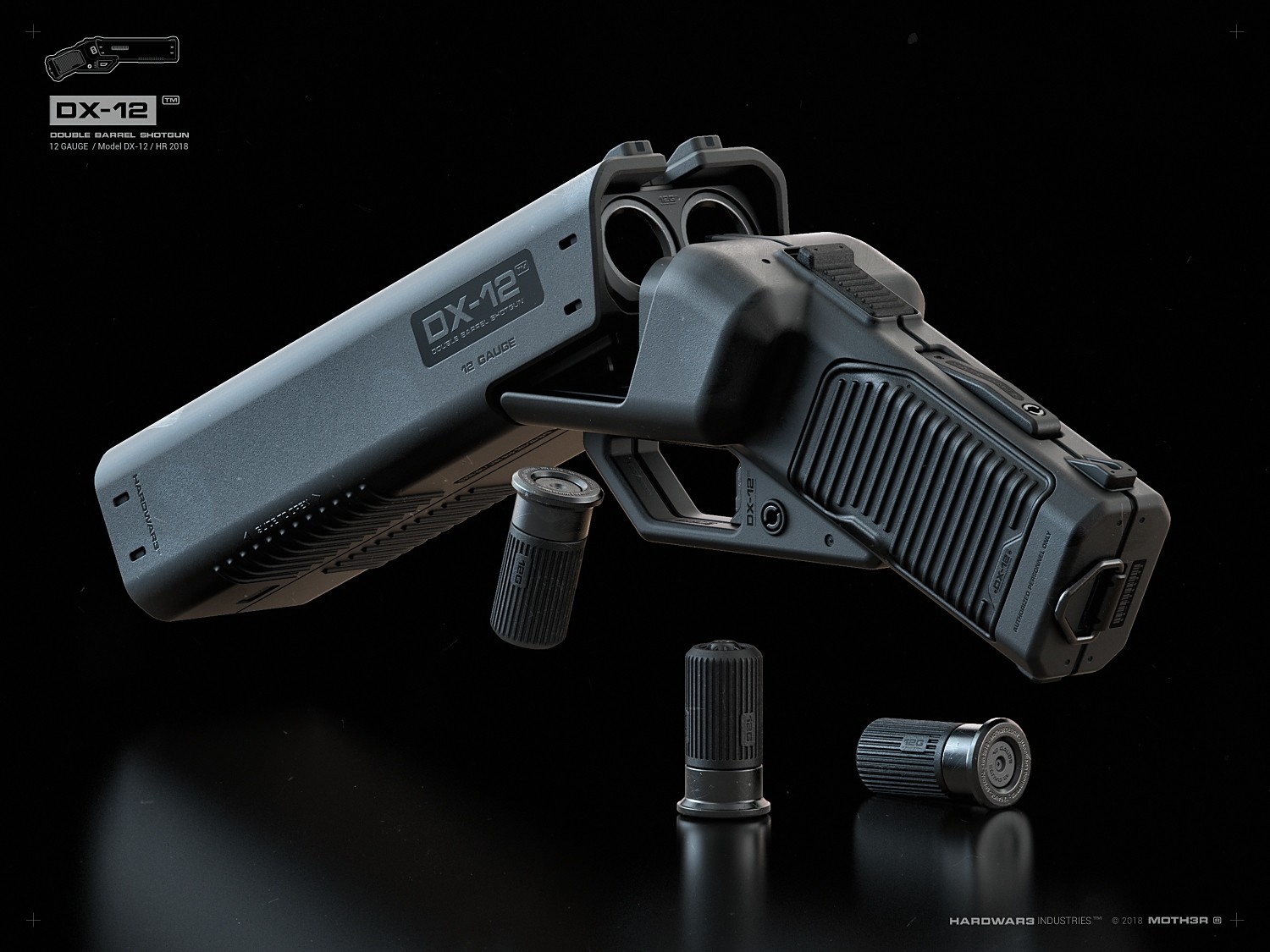 Ivan says, “It’s not part of any game at this very moment but with some older releases already licensed or in the process it could most probably happen.”

The DX-12 is a wild concept that seems well thought out from the 3D mock up on his page. The futuristic DX-12 looks more like an upgrade for Call of Duty

or something The Terminator

might use to blow away baddies than anything you might buy in a gun shop, but the lethally cool styling is impressive nonetheless.

The laws of physics might be the biggest drawback to the DX-12. The short, pistol-style barrel found here, coupled with 12-gauge shells would have some serious recoil that would need to be addressed if this ever saw a production run.

Until then, Glock should sit up and take notice of Santic’s design if they ever decide to pursue a shotgun/pistol hybrid.

I couldn’t agree more.  I wonder if the design should have started out with a 410 or even 20 gauge.  In either case, this is something you should probably keep your eye on in the near future, it may even show up in the next version of your favorite video game.  Who knows?

A Blue Ripple, A Red Senate Wall & What It Means for the Gun Industry