If it isn’t Florida Attorney General Ashley Moody, or former AG Pam Bondi, it’s Agriculture Commissioner Nikki Fried.  All of these women seem to have problems with upholding the law in some way or another.  Nikki Fried has recently come under attack for using tax dollars to fight against cities and counties in Florida who have rejected a 2011 state law that threatens tough penalties, including fines and potential removal from office, if local elected officials approve gun regulations.

Past President of the National Rifle Association Marion Hamner, who is now the USF Executive Director, penned a letter concerning Fried’s use of tax money to fight against the very oath she swore to uphold.

Writing that the things she would produce would not be found in the mainstream media, Hamner wrote:

Agriculture Commissioner Nikki Fried filed a motion with the lower court asking to be dismissed as a defendant in the litigation.  The Court DENIED her request — after all, she’s a Cabinet member and she took an oath to support, protect, and defend the Constitution and Government (laws) of the State of Florida.

The case is now before the 1st District Court of Appeals and, rather than uphold her oath, Nikki Fried SWITCHED SIDES and has filed a brief against the state.  Commissioner Nikki Fried is arguing that it’s OK for local governments to intentionally break the law and not be punished.

I’m curious how Commissioner Fried can justify this sudden shift and shirking of her duties.  She was not a Plaintiff in the trial court.  She only became a Defendant in a lawsuit that was filed against her predecessor after she took office.  She is also a Cabinet Member who took the oath of office to support, protect, and defend the state.  Now, instead of doing her job to defend the state, she is attacking the laws of the government that she swore an oath to support, protect, and defend.

Further, she has used state resources (lawyers and staff paid with public funds) to draft a brief against the state and the laws created by the State Legislature.  In other words she is using YOUR TAX DOLLARS against a state law that protects YOU from politically motivated actions against you by local governments.

So, it strikes me that Agriculture Commissioner Nikki Fried’s brief was a political stunt because she SWITCHED SIDES and filed a brief AGAINST the Legislature’s state law that she is supposed to defend.

Given Fried’s own questionable conduct, it seems quite clear why she supports allowing public officials to violate the law without fear of being punished for illegal conduct.

Frankly, I have very little respect for Hamner, or Wayne LaPierre for that matter, after the scandal they have been involved in.  However, Ms. Hamner is absolutely correct on this issue.

The Sun Sentinel adds, “A Leon County circuit judge this year found the law unconstitutional, and the case is pending at the 1st District Court of Appeal.”

As for Fried, she issued her own statement:

I made a promise during my campaign that the NRA would have no influence over me or our department. I stand behind that promise.  The out-of-touch NRA simply can’t handle that they’ve lost control, they’ve lost in court, and they’ve lost revenue made at the expense of communities demanding common-sense gun safety. Despite the improved efficiency and accountability we’ve brought to concealed weapons licensing — including up to a 98 percent cut in review times — the NRA can attack me all they want. They can’t stop me from fighting to keep Florida’s families safe from gun violence.

No, Ms. Fried, you took an oath before God and man to uphold the Constitution and protect the rights of the people, including the right to keep and bear arms, which you clearly don’t believe in.  You can’t handle the fact that you’ve lost control and that you’ve lost in court, as demonstrated by the ruling by Leon County Circuit Judge Charles Dodson that the law is unconstitutional.

As the Tampa Bay Times reports:

Lawyers for Gov. Ron DeSantis and Attorney General Ashley Moody took the case to the 1st District Court of Appeal, with the NRA also filing a friend-of-the-court brief in support of the law.

“The act of governance requires independent judgment and discretion on the part of those individuals who are the decision-makers. Immunity is a necessary shield for government and its officials when it exercises this discretion to promote the public good,” attorneys for Fried, the only statewide elected Democrat, wrote. “Without immunity from liability, officials would be tempted to vote for what is safest for them personally, rather than what is best for their community.”

Hammer’s memo Friday, however, described Fried as being the “most anti-gun commissioner of agriculture in over 40 years — maybe ever!”

“Keep in mind there are 283 cities, 109 towns, and 20 villages in the state of Florida, for a total of 412 incorporated municipalities and 67 counties in Florida,” Hammer wrote. “That means the overwhelming majority of local governments follow the law and are not whining to the courts wanting to be above the law.”

Why Is The UN Hiring English-Speaking Disarmament Officers In New York?

No Need to Consider Judge Garland 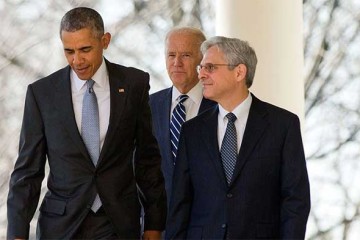