December 6, 2022 Guns In The News
Home»Commentary»I Have This Old Gun: Browning T-Bolt
Commentary

I Have This Old Gun: Browning T-Bolt

Throughout its history, Browning has manufactured several unique and novel designs. One of the most unique rifles to come from the company is its straight-pull, bolt-action rimfire design, the T-Bolt. Straight-pull, bolt-action rifles were nothing new in concept, as several militaries had already fielded well-known examples like the Canadian Ross Rifle and Swiss K-31. However, the T-Bolt was unique from other designs due to its bolt design and rimfire chambering. 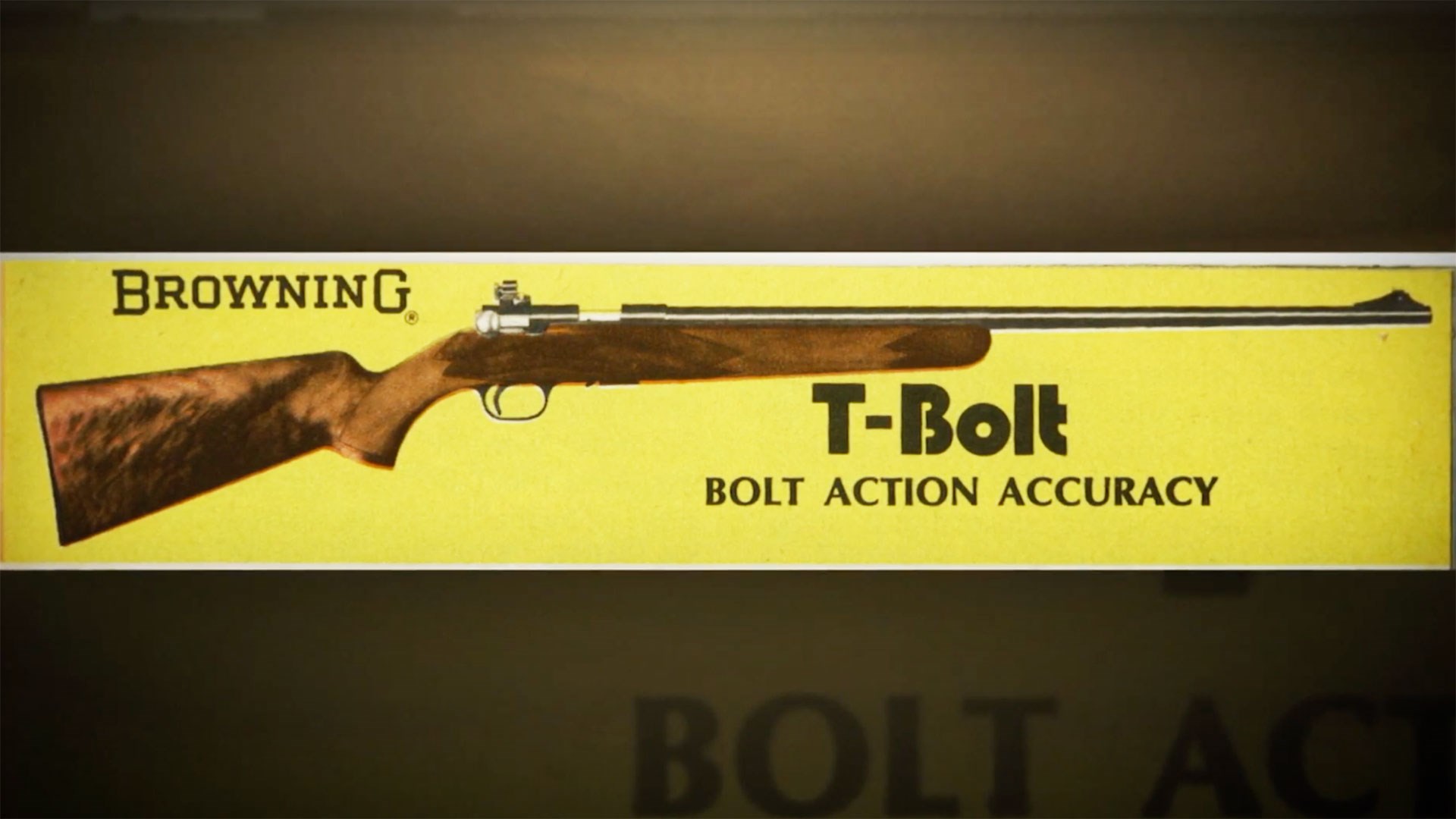 Chambered for .22-cal rimfire cartridges fed from a detachable box magazine, the T-Bolt was first released in 1965. At the time, Most rimfire rifles on the market had more traditional actions, like lever, slide and bolt actions. The T-Bolt derived its name from the unique ball-and-socket, bolt-handle design, which is “T” shaped and interlocks with the receiver when pushed forward. Two circular cut lugs on the handle engage with the bolt body and receiver to create lockup. The handle design is relatively simple, with the handle consisting of a single component that is linked to the bolt via a pin. 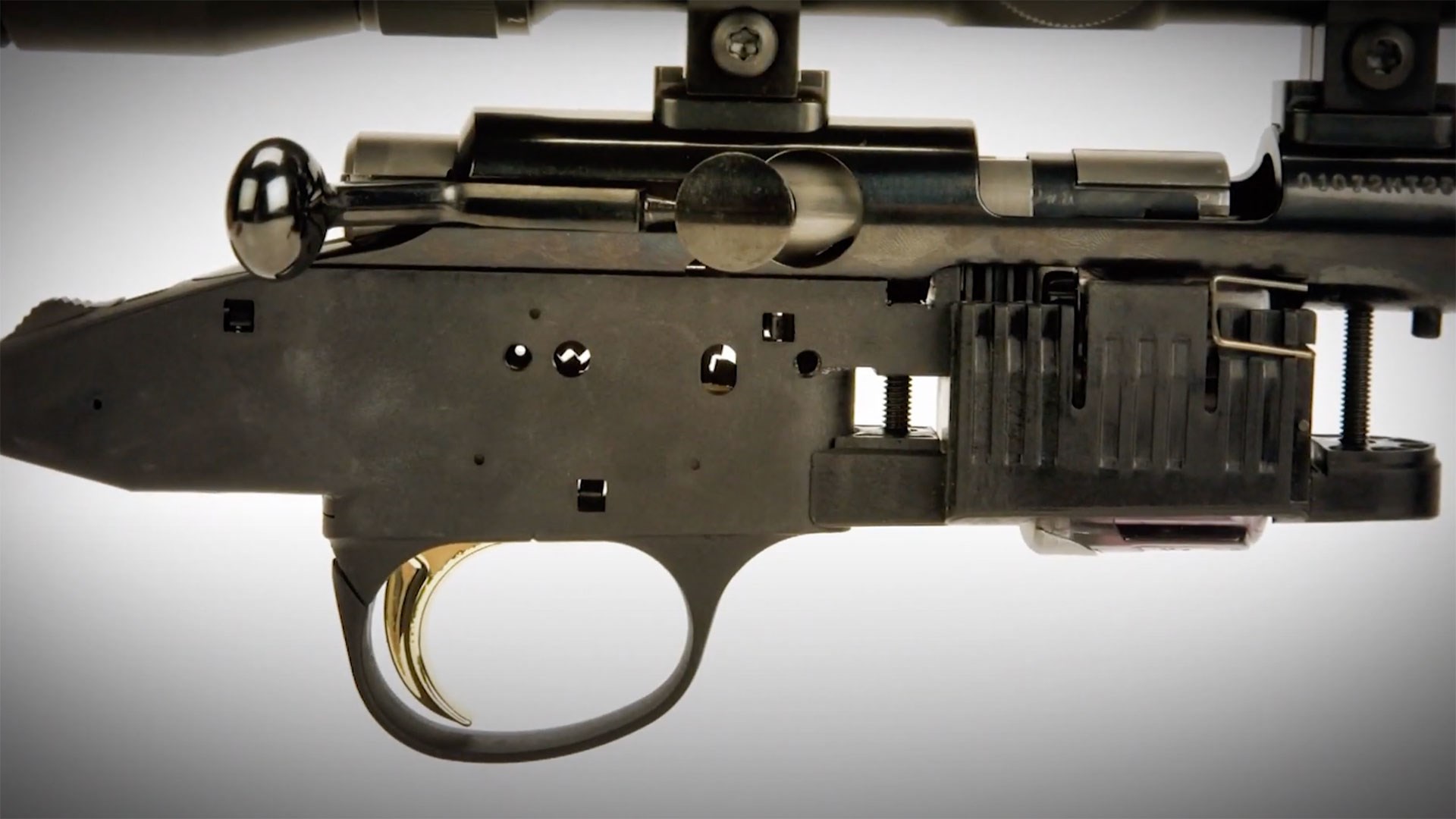 A Browning T-Bolt taken out of the stock to reveal some of the inner parts. Note that the bolt is unlocked and partially pulled back.

As a result, the operation of the bolt simply requires a pull back to unlock the action and a push forward to close and lock. The end result is a simplistic action that only requires a pull and a push to extract, eject and chamber a new round. Fitted with a walnut stock with blued metal, the Browning T-Bolts of old manufacture were set up and finished like many other sporting rimfire rifles of the time, albeit with a more unusual action. It became a favorite of rimfire enthusiasts and Boy Scouts on the target range. Left-handed versions were also produced, making the platform more accessible and friendly for southpaws. 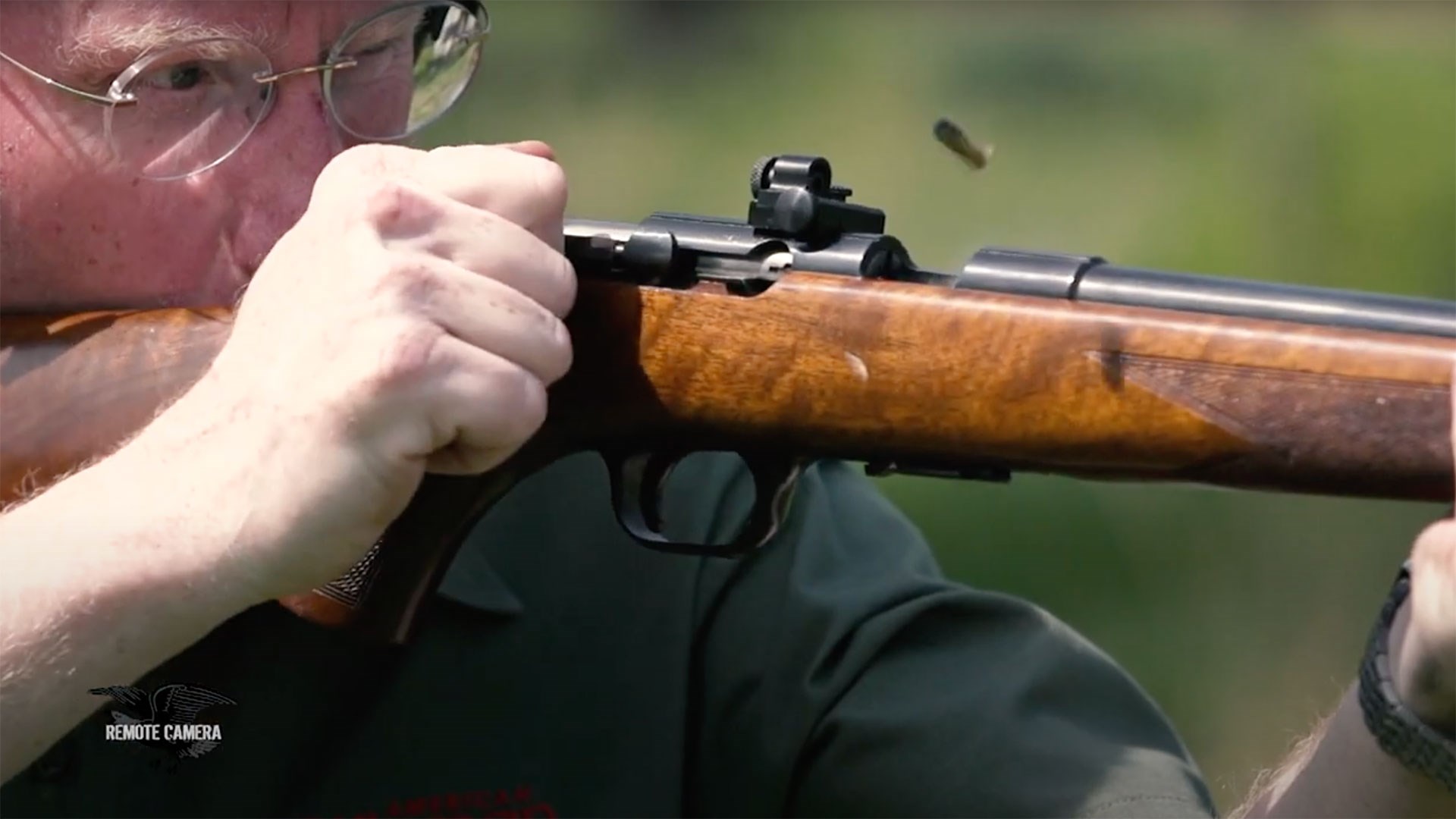 The action of a Browning T-Bolt in action on the range.

In 2006, Browning redesigned some aspects of the T-Bolt, and released an improved version. This new generation of T-Bolt incorporates a 10-round double-helix rotary magazine, which stacks the rounds in an “S” shape internally. However, the basic design principles of its distinctive action remain the same on modern production examples. The current T-Bolt rifles also come in a wide range of configurations, from the basic wood-stocked sporter version to the laminate-stocked, heavy-barreled Target and Varmint versions. 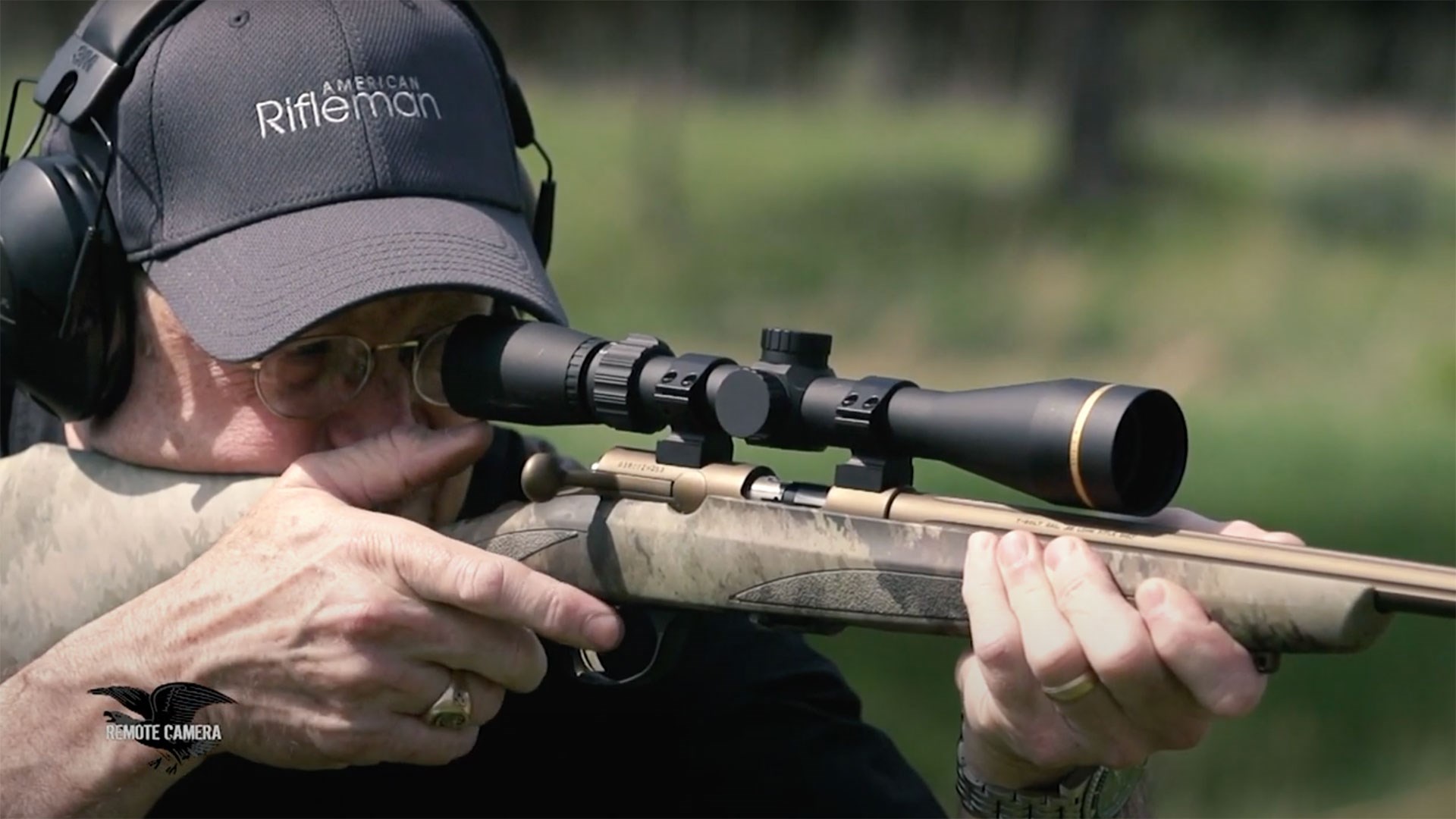 An example of a newer-production Browning T-Bolt with a synthetic stock.

While older production T-Bolt rifles had iron sights included from the factory, current production rifles come only with drilled-and-tapped receivers for attaching scope mounts. For more information on the current line of the T-Bolt offered by Browning, along with its other rimfire rifles, visit browning.com.

I Have This Old Gun: Browning T-Bolt