I Have This Old Gun: Madsen M1950 Submachine Gun

After World War II, a variety of new firearms designs hit the market with some interesting and unusual features. While most think of the Uzi or Swedish K, a lesser known example came from Denmark, the Madsen M1950. The M1950 was based off an earlier design, the M1946, which was a very simplistic open-bolt submachine gun design. The M1946 design was tweaked, mostly with the simplification of the charging handle, resulting in the later M1950. The submachine guns were designed and made at Dansk Industri Syndikat, also known as Madsen after its founder. 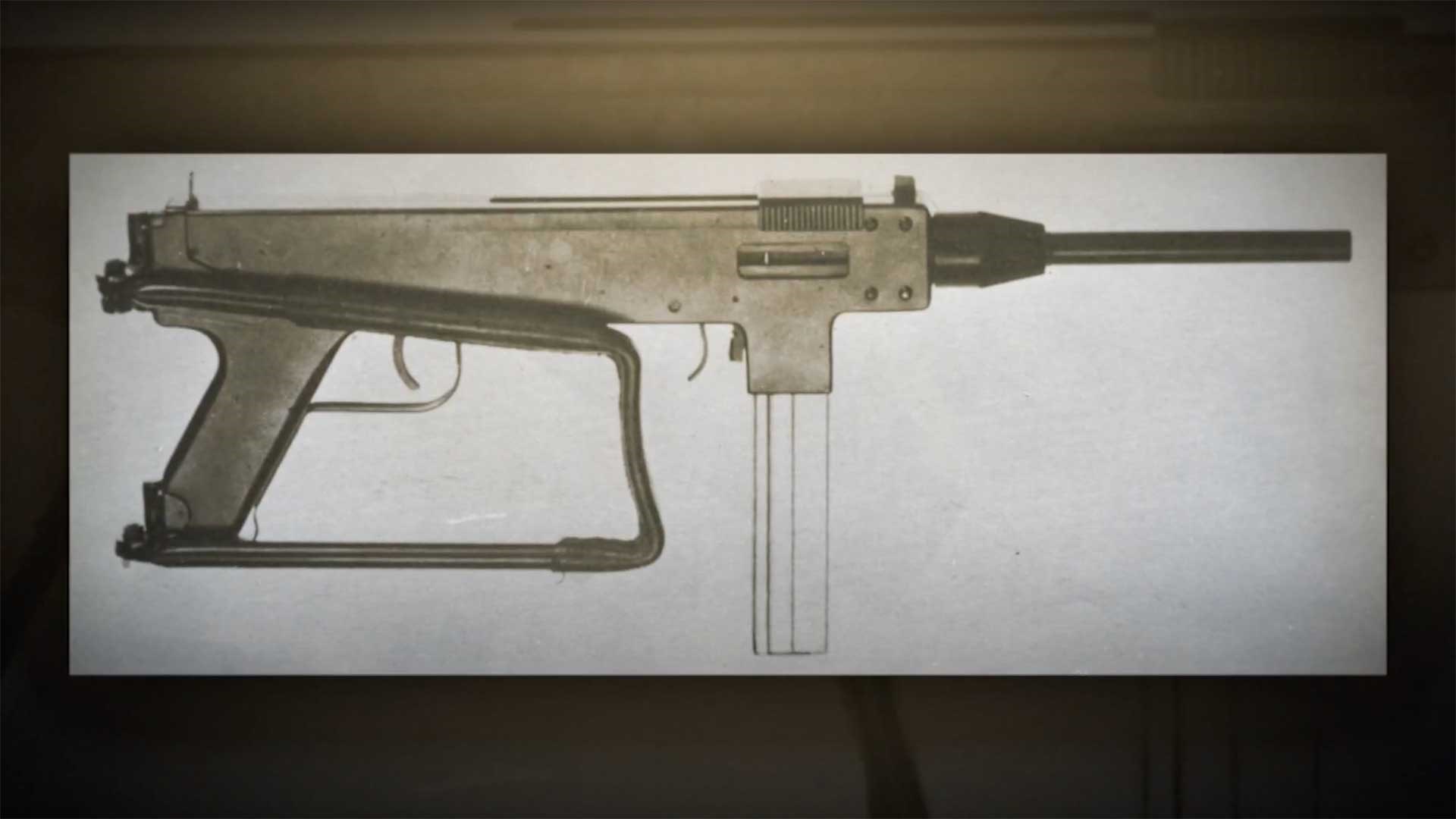 During the war, new production methods like stamped parts were pioneered and perfected, and many post-war designs like the Madsen M1950 utilized these practices in its construction. The receiver of the M1950 is made out of stamped sheet metal, similar to the M3 “Grease Gun.” However, unlike other machine guns of similar construction, the Madsen M1950 did not have its two receiver halves welded together. 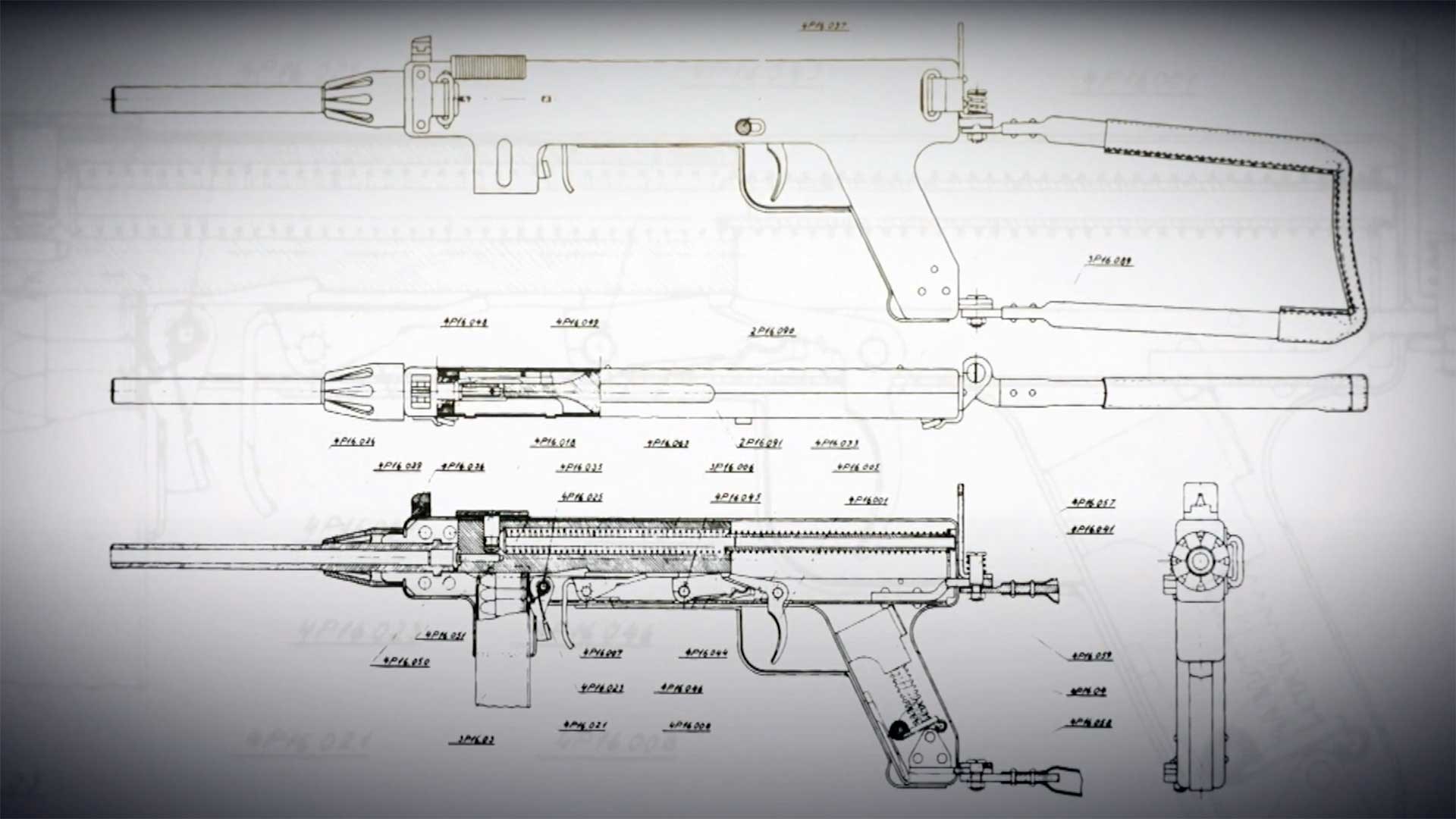 A design schematic of the Madsen M1950 submachine gun.

Rather, the two receiver halves could open like a clam shell to allow access to and the removal of all the internal components, including the barrel. Two hinges at the rear of the receiver allowed the halves to open, and a knurled bushing at the front kept the two halves and barrel together when assembled. This layout was, and still is, very unusual for a submachine gun, and is probably the most noteworthy thing about the M1950 overall. 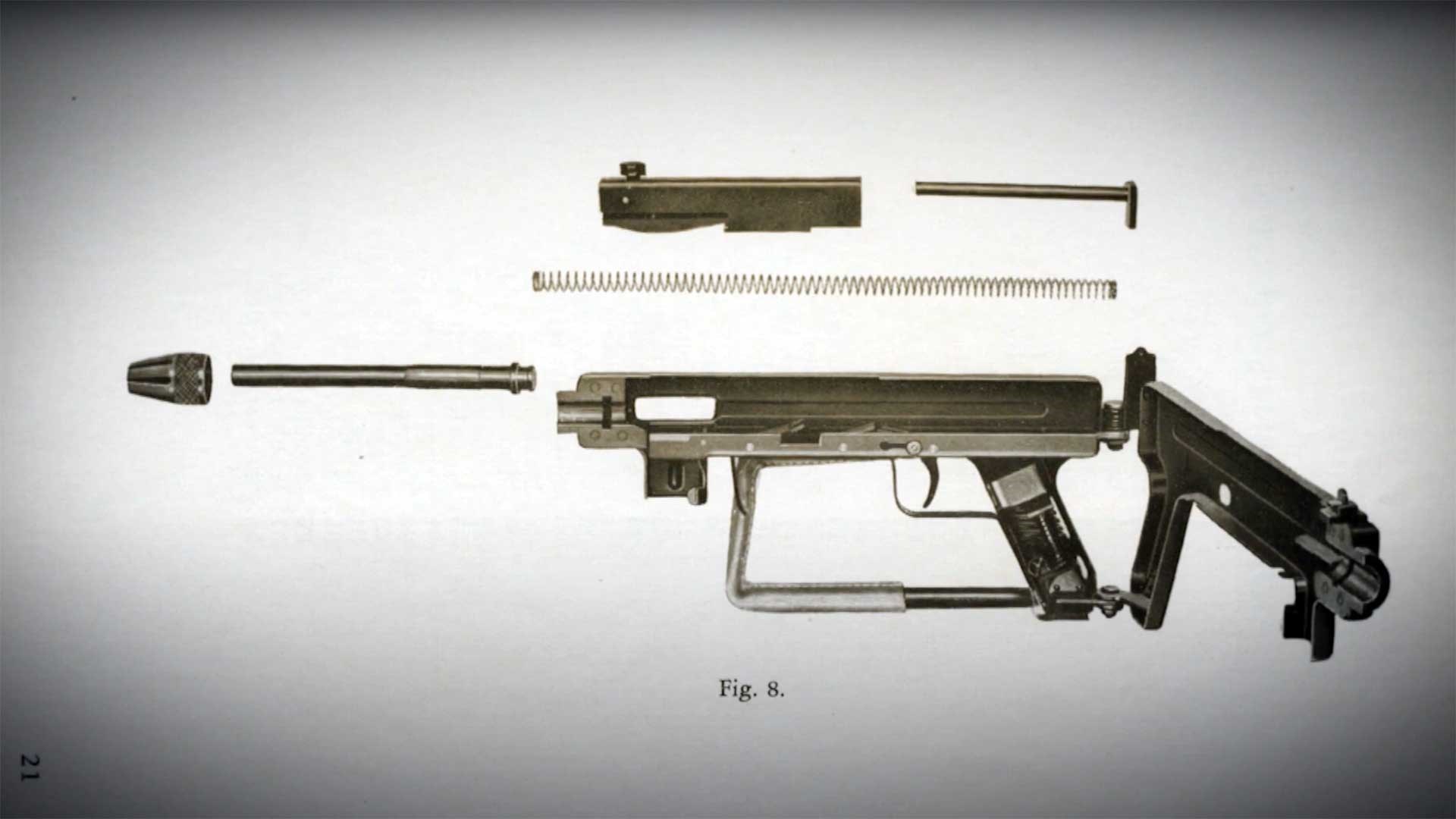 A photo of a completely disassembled Madsen M1950, with the receiver halves opened.

Other design features of the Madsen M1950 include a folding stock with leather cover, and the inclusion of a grip safety over the magazine release on the back of the magazine well. Due to the nature of the international arms market after World War II, with troves of surplus arms from the war in stockpiles across the world, new designs struggled to find customers. The Madsen M1950 shared such a fate, and wasn’t used in any large scale conflicts in any notable numbers. 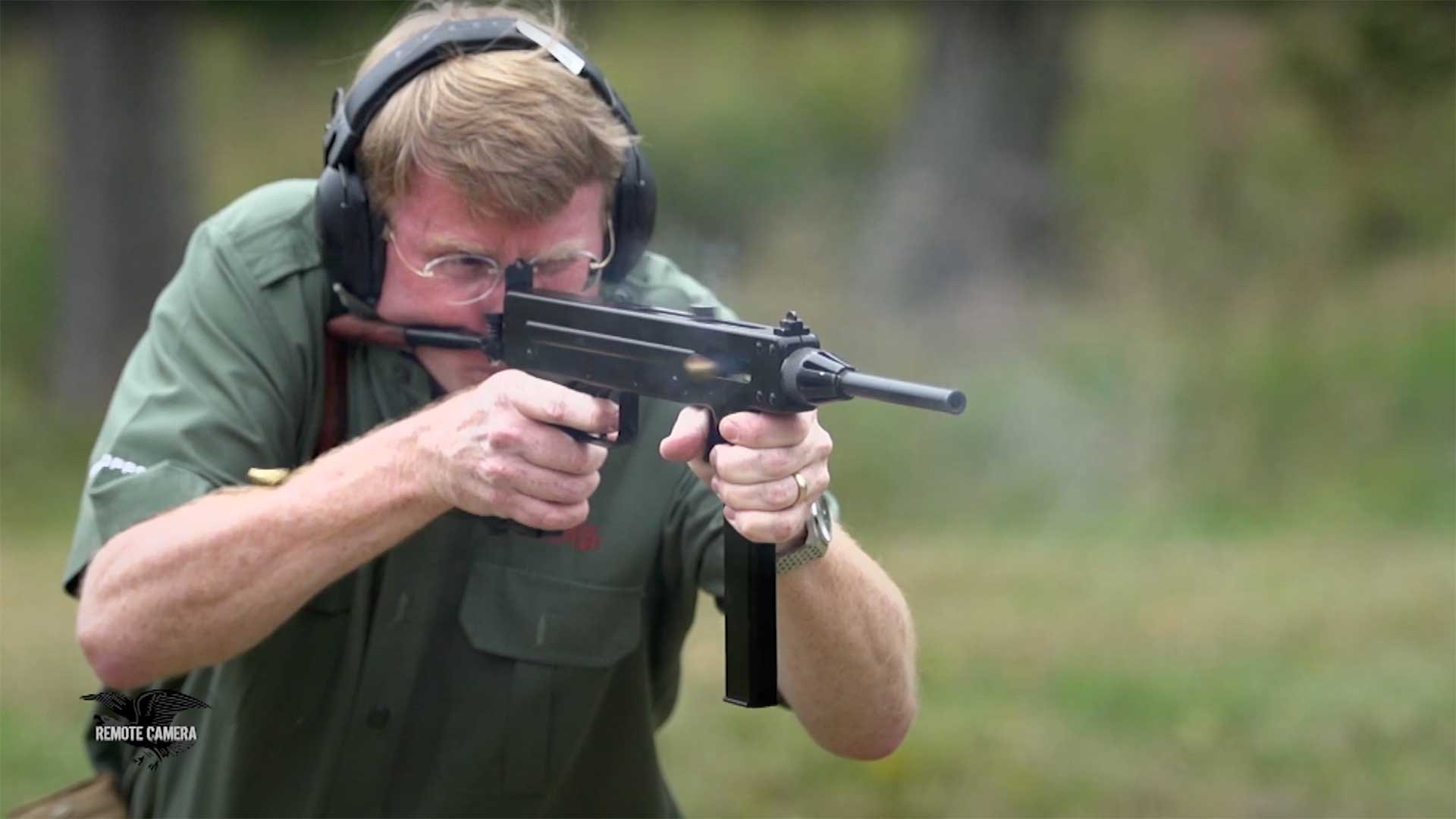 Shooting the Madsen M1950 on the range.

Popularity for the design did grow in the United States NFA market, where the imported submachine guns went for less than other desirable transferable submachine guns on the market, like the Thompson or M3. The Madsen M1950 was also used by Hollywood studios as a stand-in for foreign submachine guns used by villains. Today, the Madsen M1950 can still be found, and is easy to handle and feed due to the 9 mm chambering.

I Have This Old Gun: Madsen M1950 Submachine Gun