During the first half of the 20th century, Winchester had solidified itself as one of the best known and respected firearm manufacturers in the United States. During this period, its long guns were known for hand-crafted quality and finish, something that changed when the company simplified its production practices in 1964. While the firearms made after the 1964 change were just as functional as those made previously, the craftsmenship and build quality were noticeably diminished, and some models were discontinued entirely, resulting in the increased demand and collector value of the pre-1964 Winchester arms. 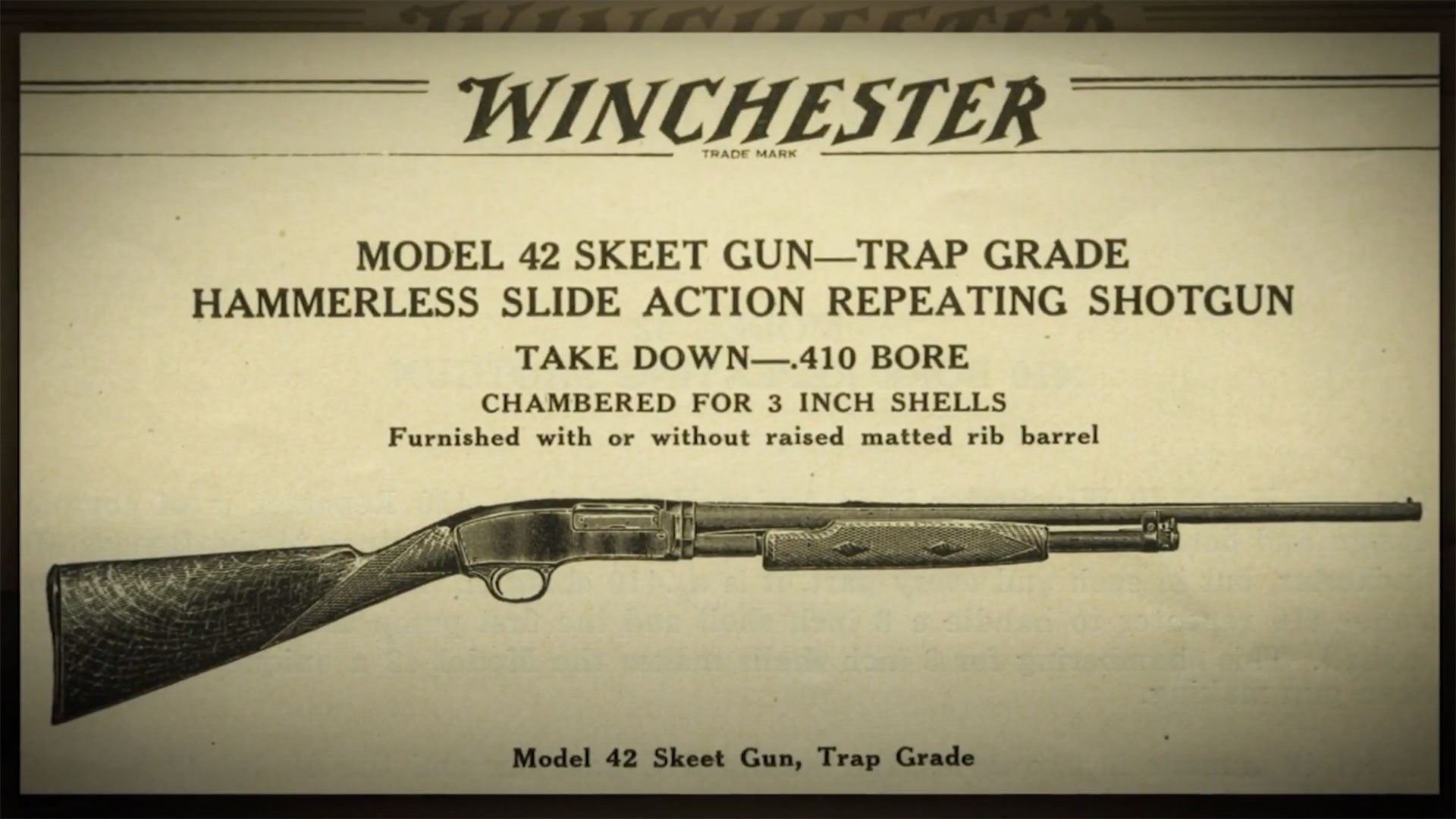 An old Winchester catalog advertisement for its Model 42 pump-action shotgun in .410 bore.

Of the many models made prior to the 1964 change, one was the Winchester Model 42 shotgun chambered in .410 bore. The Model 42 was designed in 1932 was basically as a scaled down version of the successful Winchester Model 12 pump-action shotgun but was significantly lighter and more handy due to its smaller design and chambering in .410 bore, instead of 12-ga. like the Model 12. When the Model 42 was launched in 1933, the same year as the introduction of the 3″ .410 bore shotshell by Winchester, it was the first shotgun specifically designed around the 3″ .410 bore. 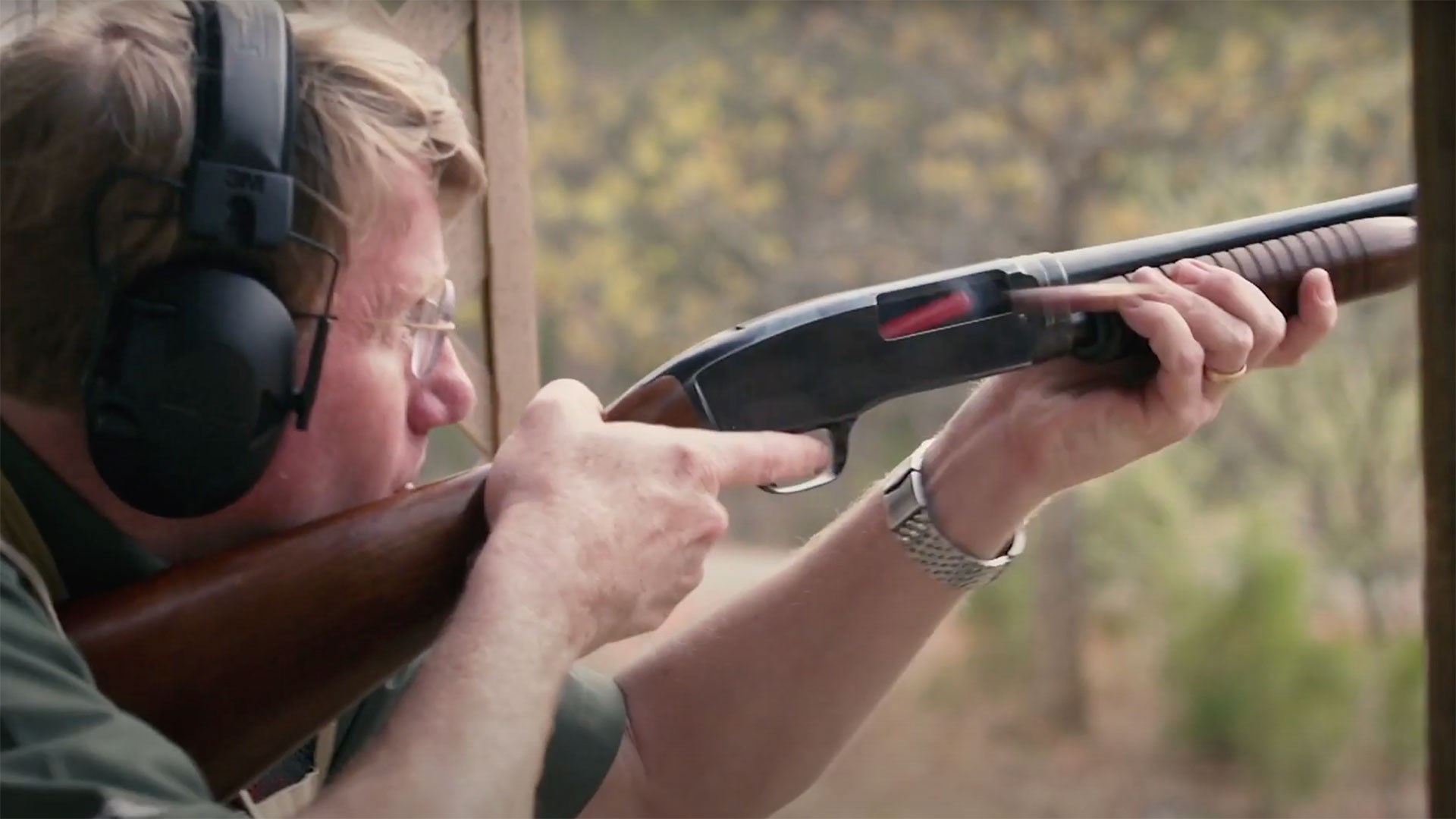 Shooting a Model 42 on the range.

The Model 42 was marketed as “Everyone’s Sweetheart” due to its light weight and lighter recoil, which made it far more easier to handle than the larger Model 12 it was based on. That time was also difficult for Winchester’s business, as the market was suffering from the effects of the Great Depression and sales were limited. Despite that, the Model 42 gained popularity as a sporting shotgun for its ease of use and handling. The .410 bore exerts much less recoil compared to 12- and 20-ga., and the pump-action of the Winchester design was fast, making the Model 42 a shotgun that was easy to keep on target and quick to reload. 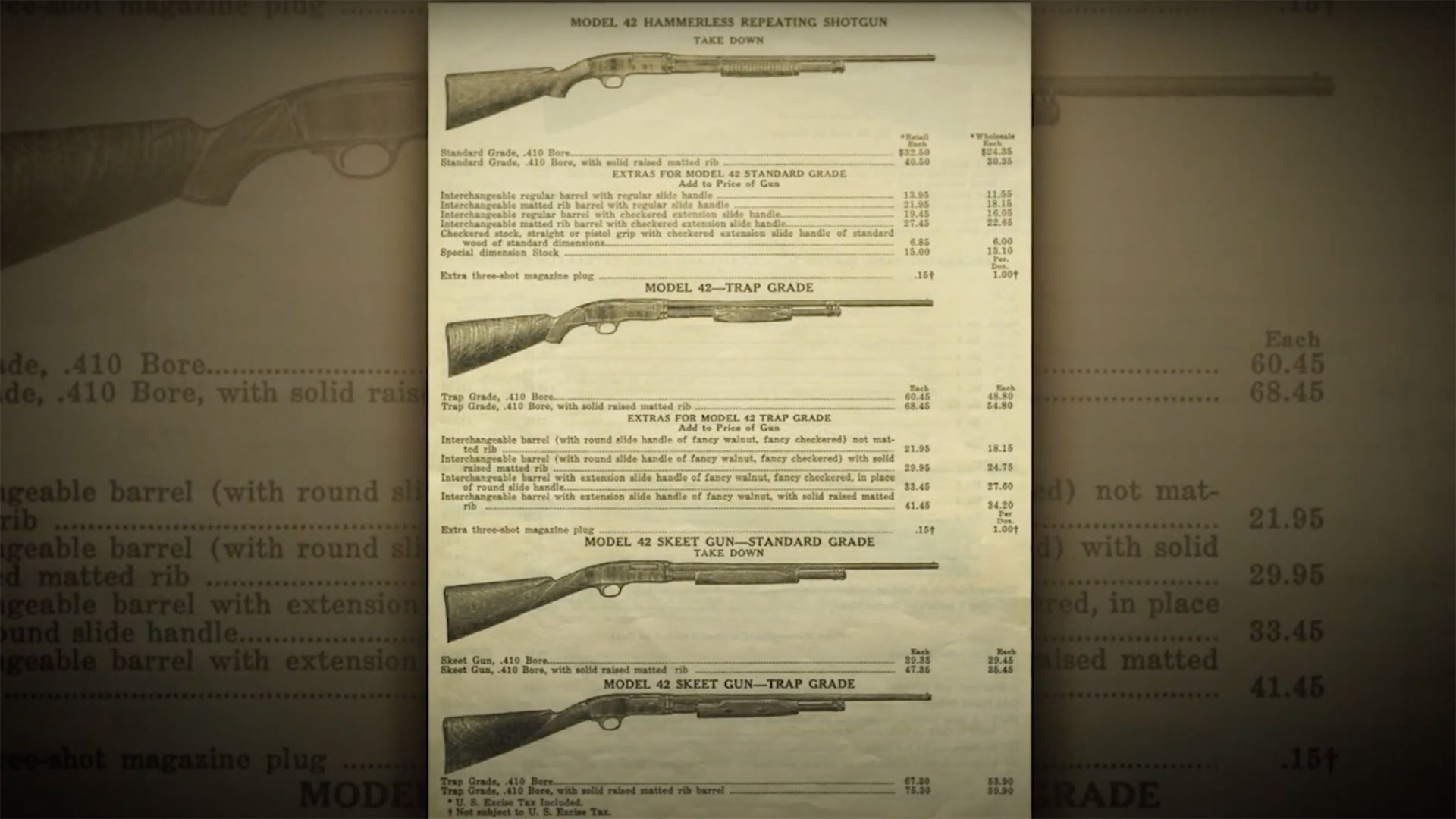 A period catalog advertisement showing some of the different versions of the Model 42.

Despite the Model 42’s smaller size, its fore-end mounted to the slide was larger than what was found on the Model 12 with a ribbed corn-cob shape reminiscent of the style found on John Browning designed 1890s pump-action shotguns or the subsequent Winchester .22-cal. rifles. As pump-action shotgun, it was fed from a five-round tubular magazine, which was loaded through a port at the bottom of the receiver in the same style found on many other pump-action shotguns today. During its production run, the Model 42 was made in a wide number of configurations, including trap, skeet, pigeon and deluxe versions. 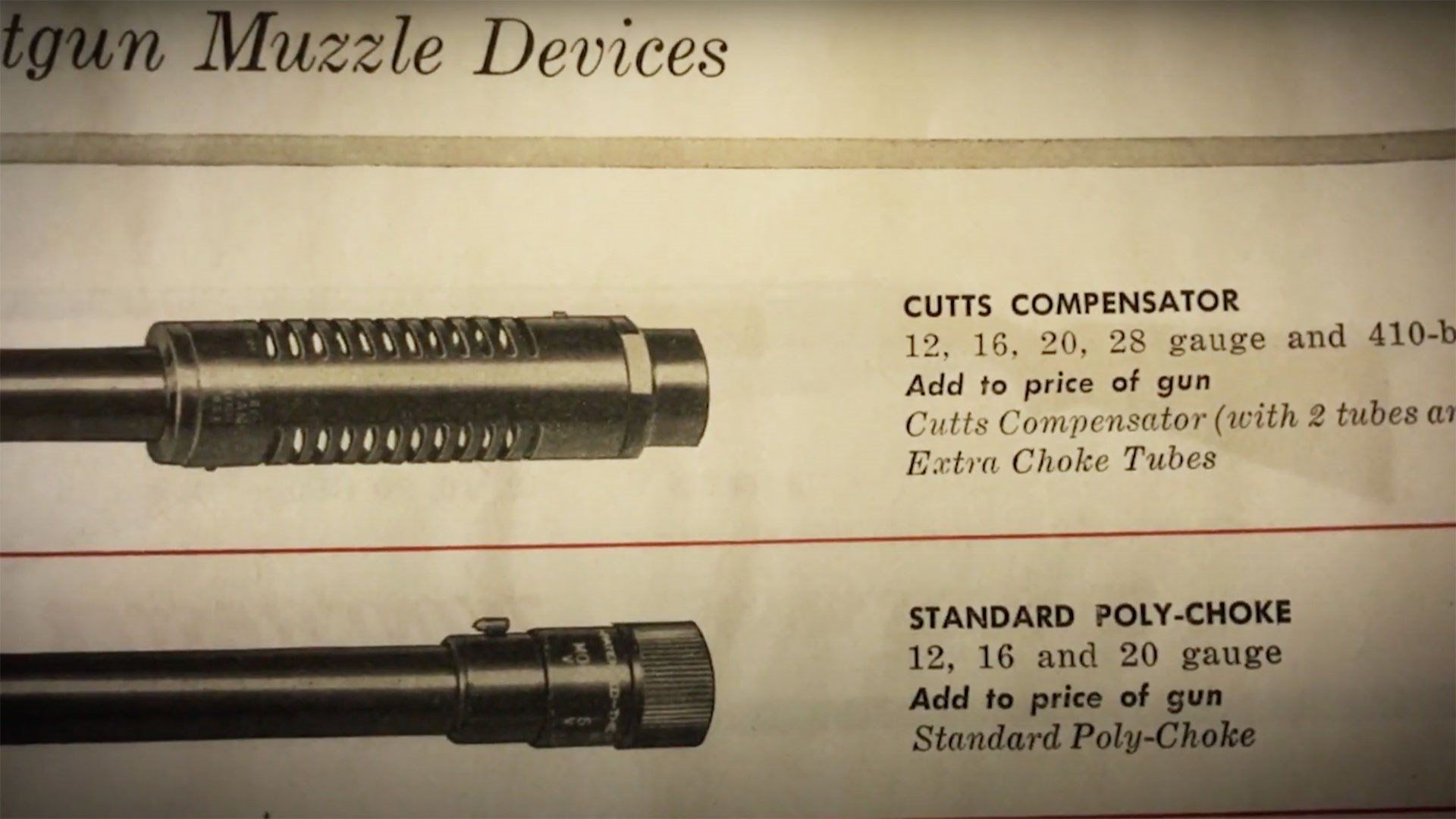 A period catalog advertisement showing the Cutts compensator as a factory add-on option, which is the rarest example.

More ornate versions included beautifully crafted scenes engraved into the receiver. More specialized variations included features like ventilated ribs, with the rarest variation including a factory mounted Cutts compensator, of which only around 60 examples were made. During its production run a little more than 160,000 were made, before it was discontinued in 1963 prior to Winchester’s 1964 production change. As a result, the collector value of the Model 42 increased, and has continued to increase over time. In later years, Winchester released small batches of Japanese made Model 42s, which have also increased in value due to their discontinuation as well.

“Come On! I Got Something For You!”: 79-Year-Old Georgia Woman Fights Off Intruder With Her Gun