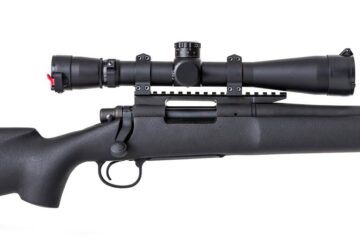 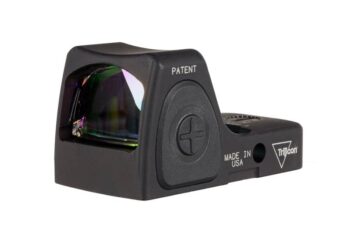 Mauser’s a storied name in firearm lore. Perhaps more than any of its creations, the Model 1898—with its staggered magazine and controlled round feed—permanently cemented the firm in small arms history. It was years ahead of other designs, issued to German troops during World Wars I and II and is made to this today.

The company was established more than eight decades before ’98s rolled out of the factory, though. It launched in 1812 when brothers Peter Paul Mauser and Wilhelm Mauser decided they could improve on rifle design. The first factory was a no-longer-used Augustinian monastery built in 1264. Oberndorf, Germany, where it was headquartered, are so renowned for the precision of its craftsmen that Heckler & Koch—spawned when post-World War II French occupiers destroyed Mauser records and machinery—remains there.

Success was limited during the early years, but in 1871, the German Imperial War Ministry adopted a Mauser for its military. Then the Kingdom of Württemberg ordered nearly 100,000 rifles and Serbia requested 120,000 shortly after. Wilhelm died in 1882, one year after the latter contract was signed.

Filling the orders required expansion and the surviving Mauser, faced with yet another order from Germany, enlisted the aid of a bank that ultimately became majority shareholder in his company. In 1898 it became a stock corporation, with Paul Mauser chairman of the board.

Most know the name for its rifles, but it also designed the famous “Broomhandle” semi-auto pistol, a “zig-zag” revolver and much more. The Model 1898 was among the finest to come out of the company and serve in combat, although Paul Mauser died in 1914, just before its first widespread use in World War I.

In the aftermath of Germany’s loss in The Great War, the Treaty of Versailles prevented the company from making firearms. To survive, it turned to making gauges, precision equipment and micrometers. When Germany began to re-arm, though, Mauser returned to its specialty—small arms.

French forces occupied the Oberndorf factory in 1945. Records were confiscated and the factory dismantled. Nearly all of the machinery was destroyed by 1947. Heckler & Koch was born out of that chaos, but it wasn’t until the German Bundeswehr needed arms during the Cold War that the Mauser name would return to prominence. Initially, the company concentrated efforts on gun mounts and machine guns. There were some sporting arms for civilian enthusiasts, but the primary priority for many years was creating firearms to address the communist menace.

Hunters and marksmen loved the performance of the easier-to-find sporterized surplus Mausers, however. British companies, in particular, responded to that demand by building dangerous-game rifles based on the famed M98 action. Business grew significantly, the Berlin Wall fell, and in 1999, the Mauser military and civilian divisions were officially separated. The next year, the consumer branch became part of SIGARMS, along with J.P. Sauer & Sohn, Swiss Arms and Blaser.

In 2003, the corporate name changed to SIG Sauer, under which civilian Mausers are still produced in Germany— Isny im Allgäu to be precise. Mauser Jagdwaffen GmbH is the brand name, and the models they produce continue to be a popular choice to this day, with good reason. They still feature the precision that elevated the Mauser name to legendary status.

Once Again, the Second Amendment Saves Lives While Ignoring it Incites Murder