Most of us think of O.F. Mossberg & Sons as a major producer of rifles from 1922 to 1986 and a mammoth shotgun maker today. But founder Oscar Mossberg’s first product was neither rifle nor shotgun but a repeating pocket pistol.

In 1919, Mossberg, his sons Iver and Harold, and a single employee set up in a loft in New Haven, Conn., and made the first of some 37,000 Brownie pistols that continued in production until 1932. The principles behind the $5-range pistol involved a break-open action; four 21⁄2″ barrel tubes that were chambered for the .22 Long Rifle cartridge and rifled in a single cluster; a firing pin that retracted, rotated 90 degrees and then fell after each long trigger pull to fire each chambered cartridge in succession.

Above all, the Brownie offered simplicity and economy in a highly portable package. It was, in a sense, the Sharps derringer brought up to date. 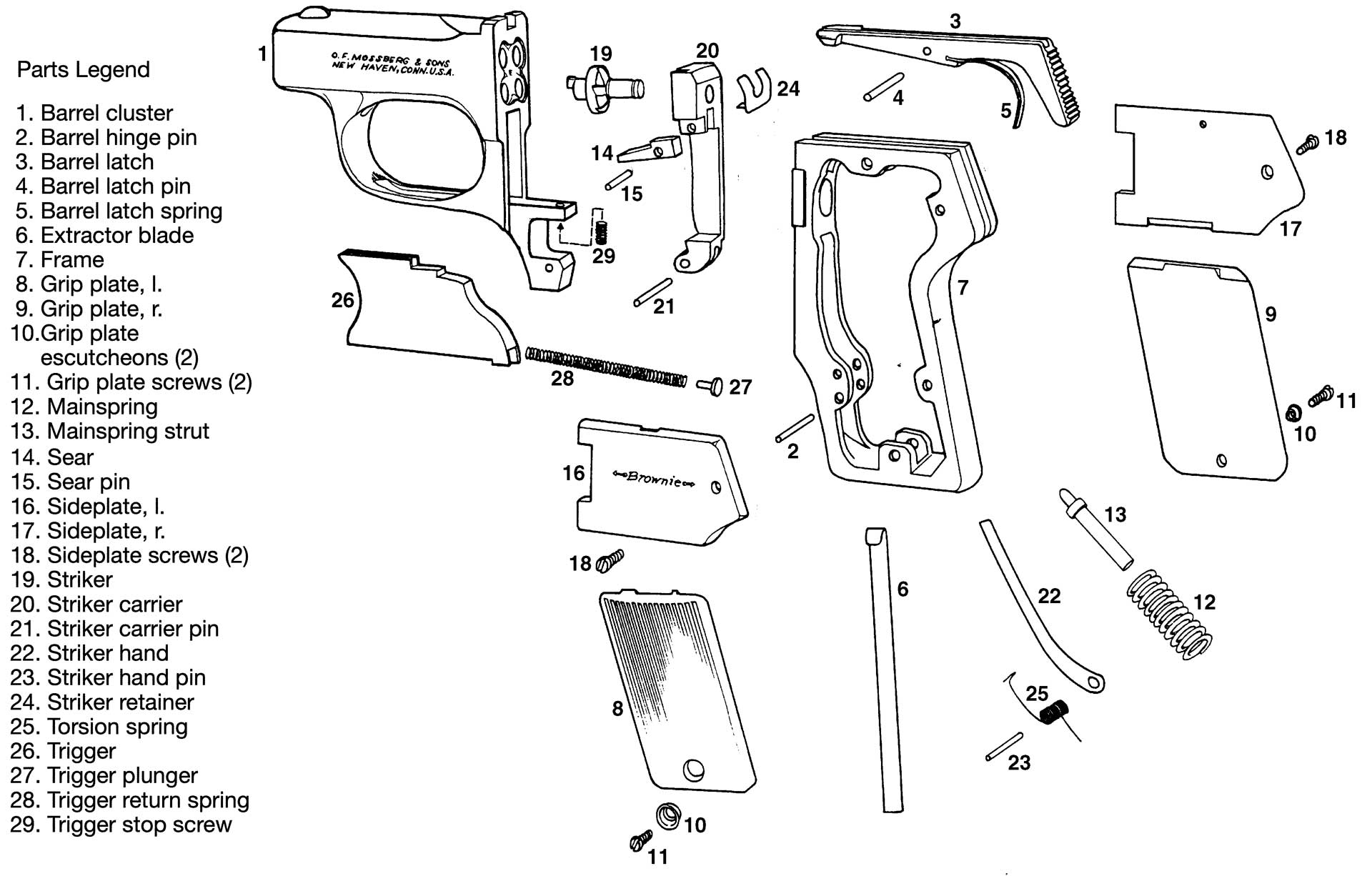 Disassembly
Ensure the pistol is unloaded and all ammunition is removed from the area. Pull the extractor blade (6) from the top of the frame (7). Depress the barrel latch (3) and swing the barrel cluster (1) down into its open position. Remove the grip plate screws (11) and grip plates (8 & 9) with their escutcheons (10). Remove the sideplate screws (18) and sideplates (16 & 17). 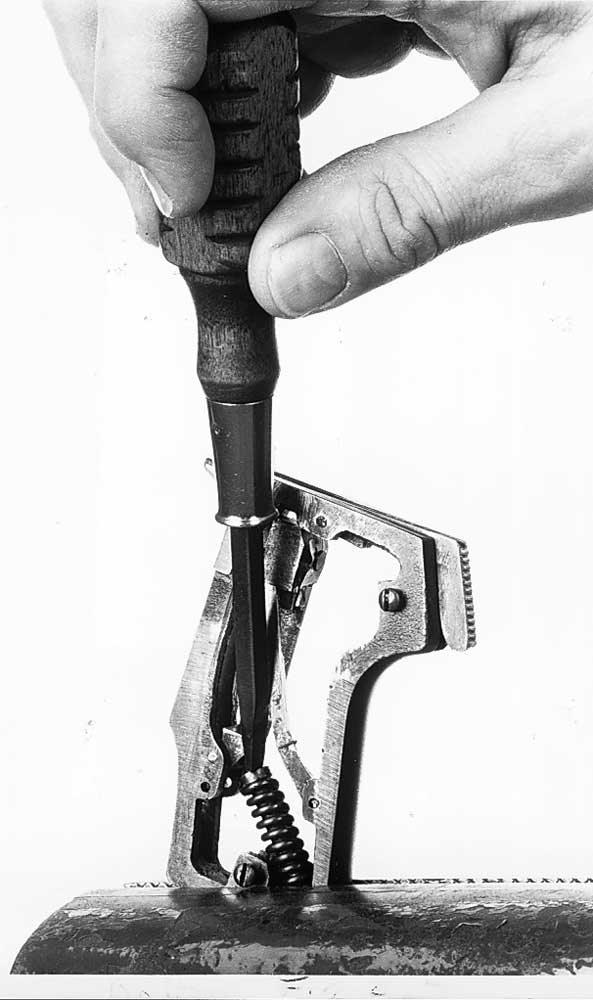 Drift out the barrel hinge pin (2) and separate the barrel cluster from the frame. The trigger (26) and its return spring (28) and plunger (27) are released from the cluster by partially unscrewing the trigger stop screw (29). Use care when doing this so that the plunger and spring do not fly out (Fig. 1).

The mainspring (12) is under compression, and it and its strut (13) must be pried out from the butt with great care to prevent possible injury or parts loss. It is recommended that the frame be clamped in a padded vise for this operation and for reassembly.
Note the positioning of the wire torsion spring (25) that powers the striker hand (22). Disengage the spring’s hooked end from the striker hand and drift out the striker hand pin (23) to release both hand and spring. 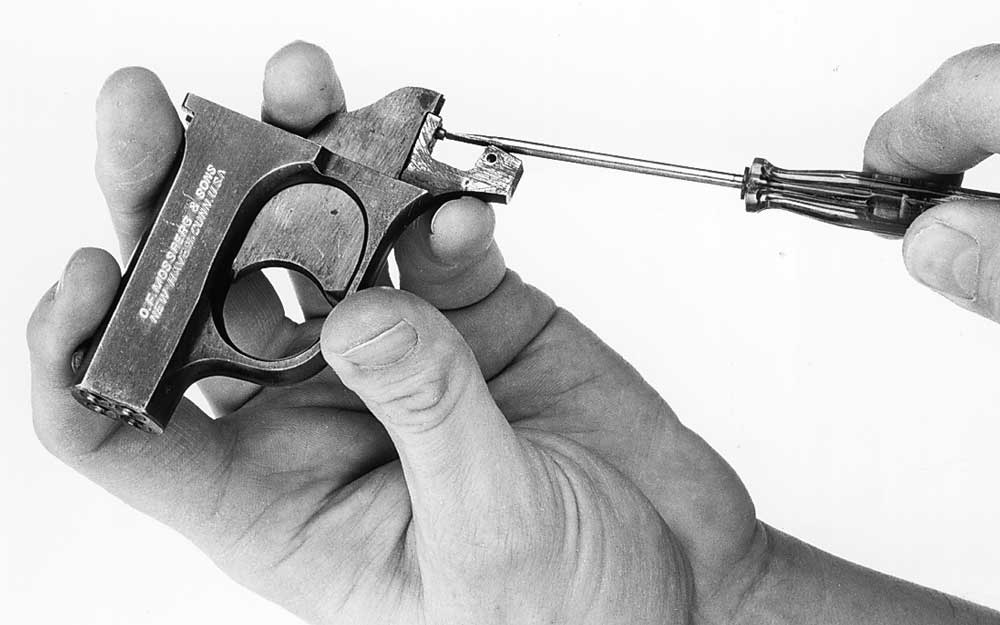 Reassembly is in reverse order, but emphasis must be placed again on the advisability of the use of a padded vise in replacing the mainspring. A notched tool is convenient in reseating the mainspring in the frame (Fig. 2).

Fightlite Industries SCR: The AR Rifle With A Traditional Stock