Rittenhouse Update: DA Claims “Who was the Aggressor” is Irrelevant

October 27, 2021 Guns In The News
Home»Commentary»‘Over There’: The Harlem Hellfighters in WWI
Commentary

‘Over There’: The Harlem Hellfighters in WWI

When the American Expeditionary Force began coming to France in mid-1917, the French and British commanders desperately wanted the fresh American troops mixed into the allied lines as reinforcements. General John Pershing would not allow the AEF to be split up in such a way. However he did send African-American troops from the 369th Infantry Regiment to the allied powers as reinforcements for their front lines. 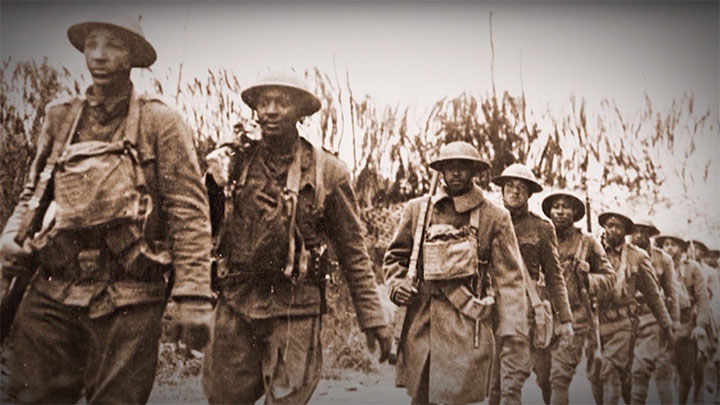 The Germans would eventually come to nickname these African-American soldiers as “Hellfighters.” The German nickname, mixed with the fact that the 369th Infantry Division drilled at the National Guard Armory in Harlem, N.Y., resulted in the men adopting the moniker of “Harlem Hellfighters.” The men in the regiment were treated as second-class citizens back home, but recognized that World War I provided an avenue through which to express their own patriotism, which they would through the harsh combat on the Western Front. 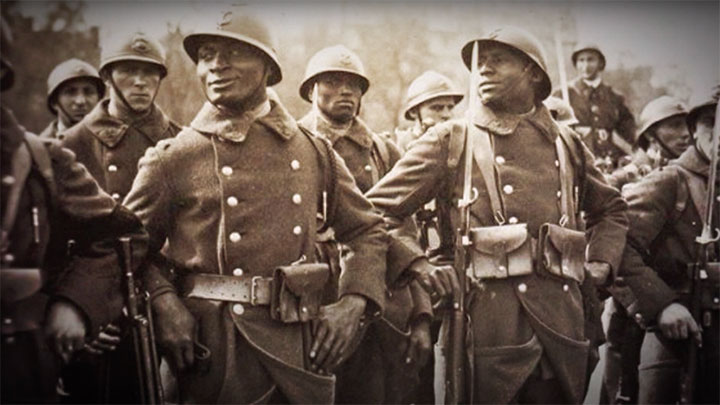 Once the men of the 369th Infantry Regiment arrived in France, American and British units refused to serve with them on the front. The French Army, however, did not have any issues bringing the African-American soldiers into their ranks. The French already had soldiers of African descent from places like Morocco and Algeria serving bravely alongside their white French counterparts, and so they accepted the African-American soldiers with open arms. 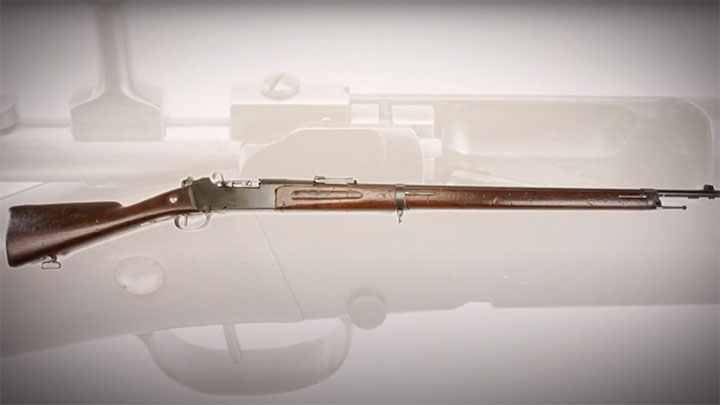 So it was that the men of the 369th Infantry Division did not serve with other American units under American command but with French units under French command. Instead of typical American gear and arms, the men were issued French helmets, field gear and rifles. The two rifles the men were issued were either the Lebel or Berthier. The Model 1886 Lebel, chambered for the rimmed 8 mm Lebel cartridge, is a tube-fed, bolt-action rifle that had ushered in the smokeless-powder era at the turn of the century. 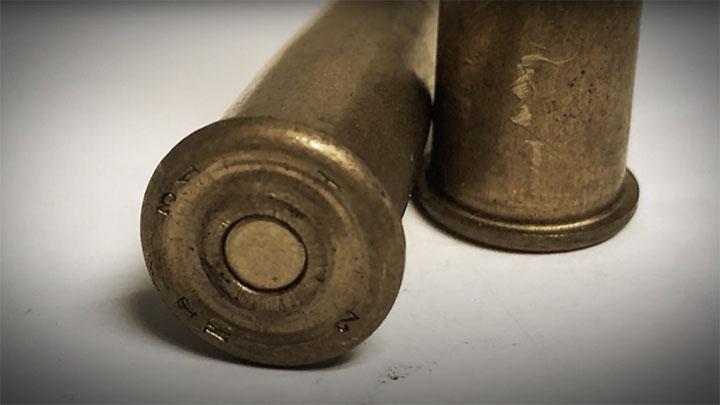 The angular ring on the back of 8 mm Lebel cartridges meant to keep the tips of bullet from igniting the primers when leaded into the M1886 tube magazine.

The M1886 is unique in that it uses a tube-feed magazine under the barrel to feed the action, despite using spitzer bullets. To avoid the tips of the bullets igniting the primers of the cartridges ahead in the magazine, the back of the cases had an angular ring indented into them around the primer to catch the tip of the bullets behind it. The Lebel bolt was based off the older Mauser-style bolts that came before the Mauser 98. The Lebel would serve from 1886, through World War I and put into service even in World War II. 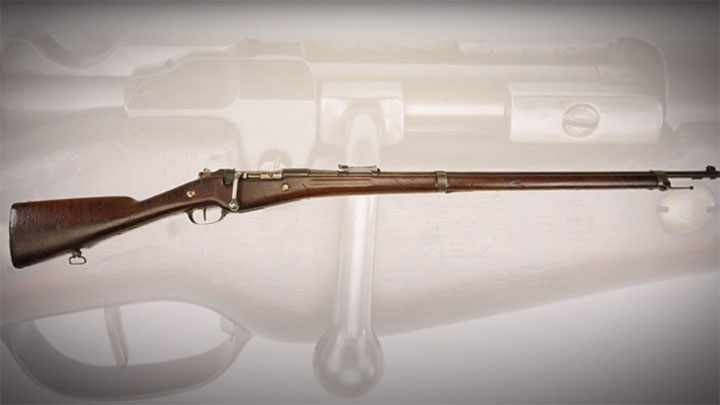 Most of the African-American troops were issued the Model 1907/15 Berthier rifle, also chambered in 8 mm Lebel. Like the Lebel, the M1907/15 Berthier is a full-size military rifle, and even uses the same style bolt design as the M1886 Lebel. Instead of a tube-fed magazine, the Berthier uses an internal box magazine fed by an en-bloc clip containing three rounds. The Berthier rifle had originated as a carbine in 1890 for use by artillerymen before being redesigned as a full-size infantry rifle later on. 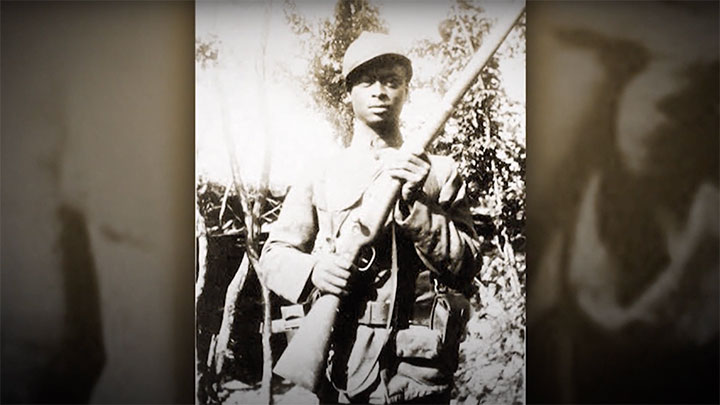 In mid-1918, many AEF units were using the French-manufactured CSRG Chauchat light machine gun, chambered in 8 mm Lebel, as their squad automatic weapon. This was no different for the men of the 369th Infantry Regiment, who were already using French equipment and weapons. The Chauchat, while mired in modern memory with notions of unreliability, at the time provided soldiers with a mobile light machine gun that performed well when properly maintained and used within its intended parameters. 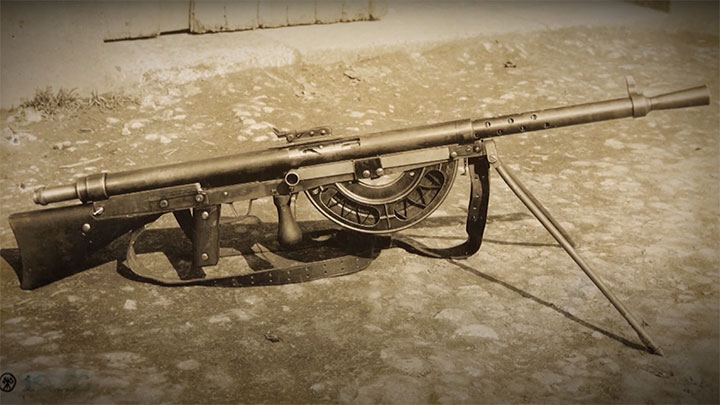 During their time with French forces, the “Harlem Hellfighters” fought in several large actions throughout World War I. In the process, the men of the 369th Infantry regiment spent more time on the front lines and suffered more casualties than other AEF regiments. By the end of hostiles in November 1918, the regiments lost more than 1,500 men. Most African-American veterans of the regiment after the war wanted to stay in France due to the due to the accepting culture in France compared to the United States at the time. 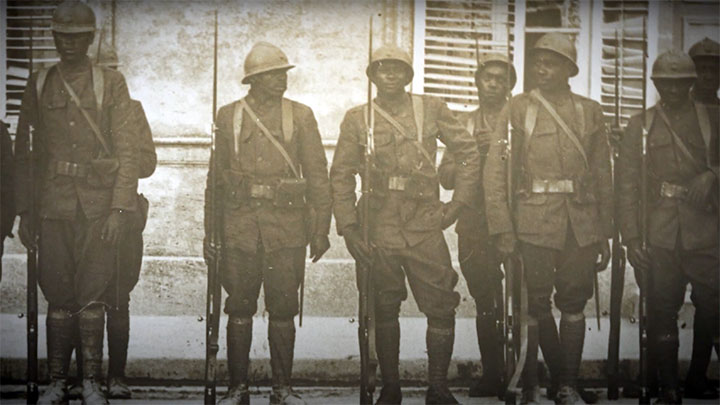 Men of the 369th Infantry Regiment with their French supplied gear, uniforms and rifles.

Several men of the 369th Infantry Regiment would also distinguish themselves through acts of bravery and heroism. One such example is the actions of William Henry Johnson while on guard duty in the Argonne Forest in May 1918. While on guard, Johnson fought off a large German trench raid in combat that turned into hand-to-hand fighting, during which he suffered 21 wounds. 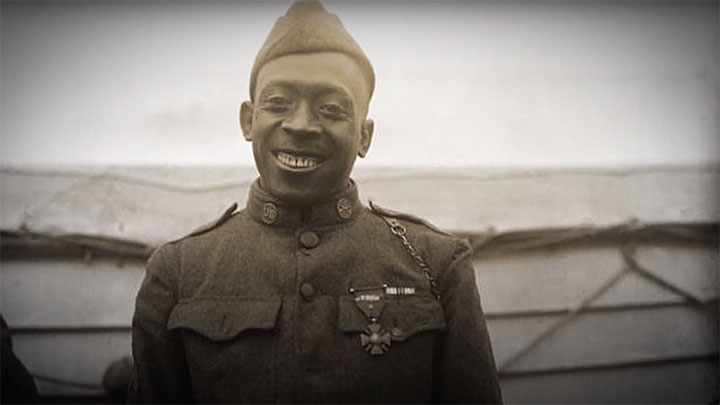 In the process, Johnson killed 24 Germans and kept the rest of the raiders at bay. After this brave action, the French awarded Johnson the Croix de Guerre. It wasn’t until 2002 that the U.S. Army awarded him the Distinguished Service Cross, 73 years after his death. His citation was upgraded again in 2015, and Johnson was awarded the Medal of Honor. 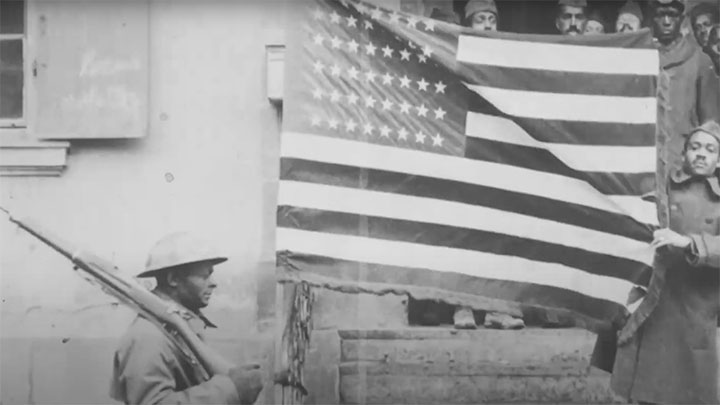 ‘Over There’: The Harlem Hellfighters in WWI