Q. Enclosed are two photos of a U.S. M1917 Enfield with receiver markings unlike any of the four M1917 Enfields that I have owned in the past and present. The rifle is obviously a very early Winchester because of the four-digit serial number and the “W” stamped on the receiver, as opposed to the normal six-digit number on the typical U.S. M1917 Enfield, etc. Can you help me identify this rifle? 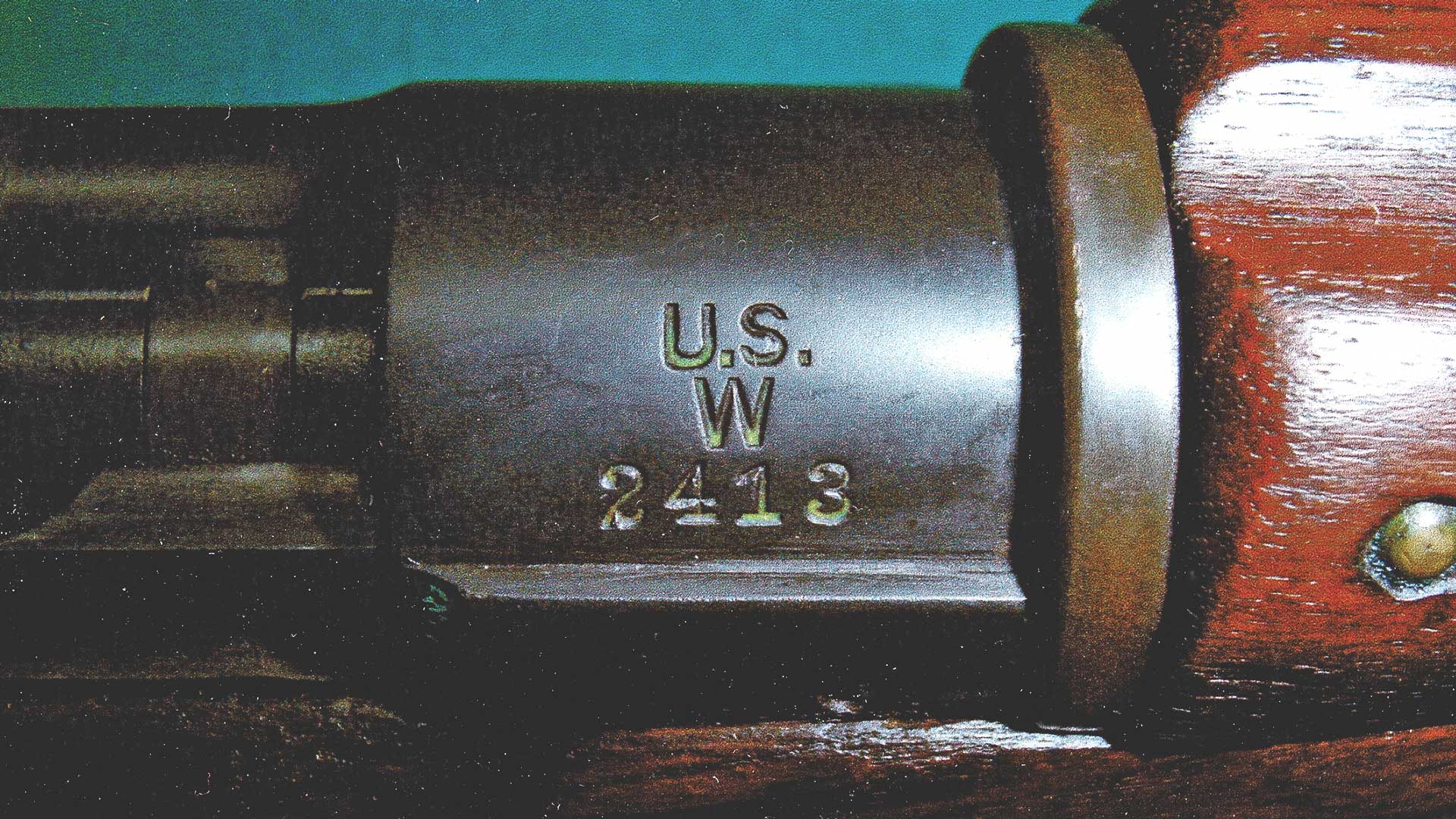 A. The Winchester Model of 1917 rifle with the “W” and serial number on the receiver is an early production variant. The first approximately 5,000 M1917 rifles manufactured by Winchester were marked in this manner. This variant is pictured and mentioned in my book U.S. Infantry Weapons of the First World War. It is a standard production version and not any sort of prototype rifle.