Last year, American Rifleman staff took a look at Marlin’s modern rendition of the classic Model 1894 lever-action rifle before the company’s sale to Ruger following Remington Outdoors’ bankruptcy. Marlin made a name for itself with its lever-action rifles, and its modern Model 1895 was a top seller in 2020 as well despite the turbulent events that took place for the company. Going for a more traditional aesthetic, the Marlin 1894 follows a classic design scheme despite the inclusion of some more modern features. 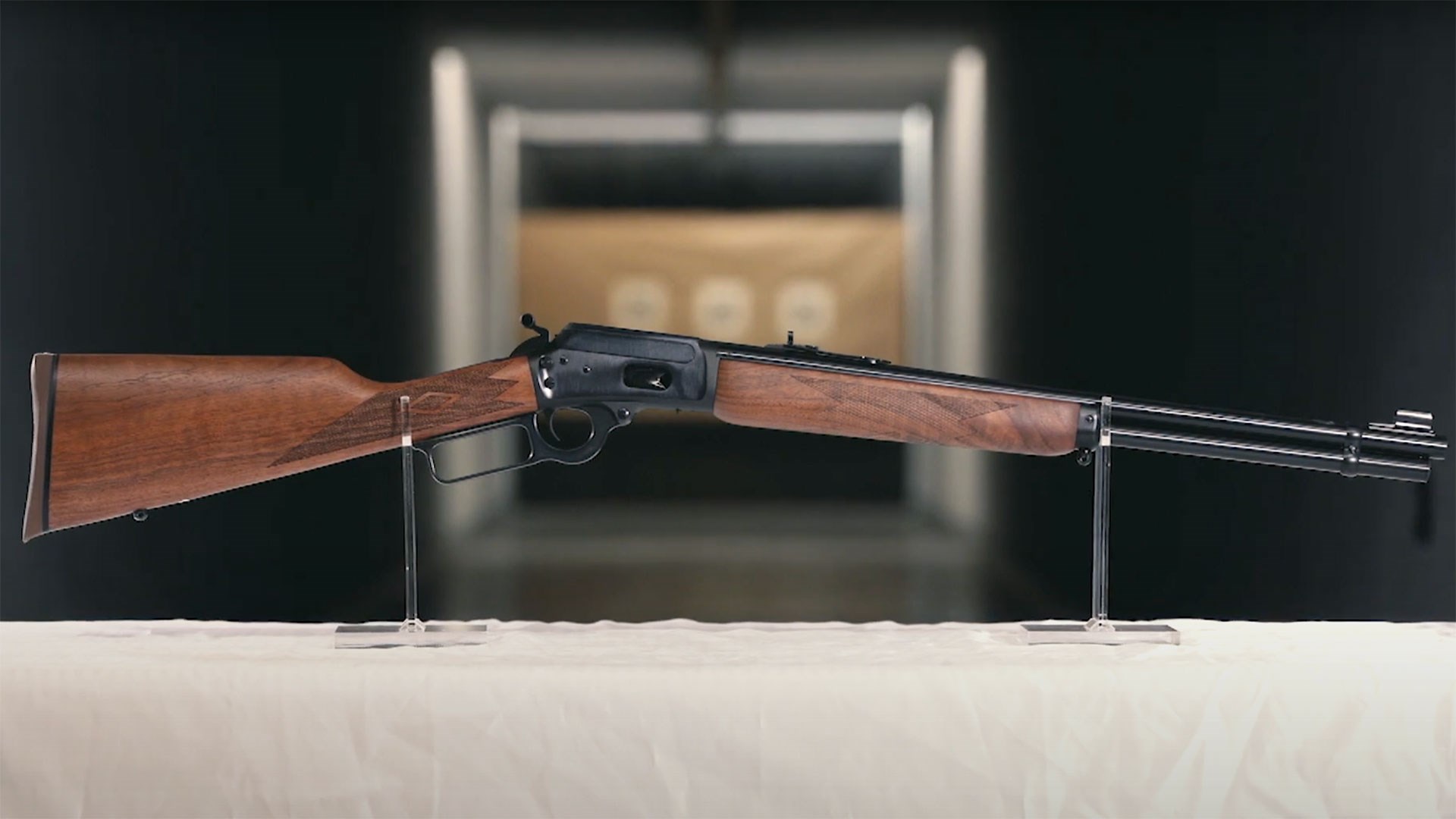 Chambered for .44 Mag., the Marlin 1894 has a 20″ barrel with Ballard-style, 6-groove rifling in a 1:38″ twist rate. Underneath the barrel is a 10-round tube magazine, which is fed through a loading gate on the left side of the receiver. Despite its mostly steel and wood construction, the Marlin 1894 weighs 6 lbs. 9 oz. unloaded. One of the more modern features of the Marlin 1894 is its solid-top receiver and side ejection, unlike the top-ejecting 1894s of old. This provides a flat mounting point on top of the receiver for optic mounts, for which the Marlin 1894 come drilled and tapped for. The hammer is also rigged for use with optics, as it comes with a side extension installed. 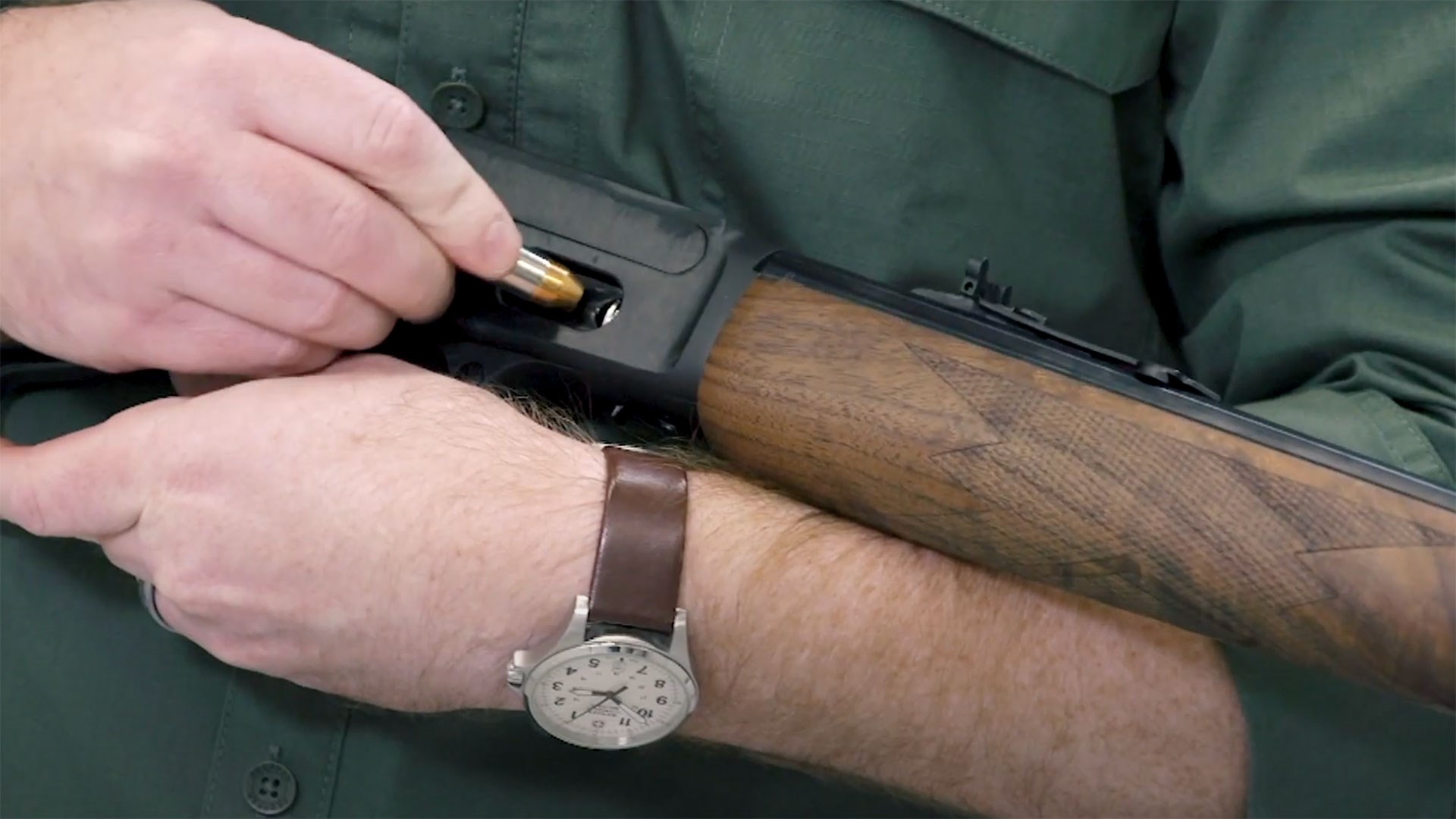 The iron sights that come on the Marlin 1894 consist of a semi-buckhorn rear sight and a hooded, brass-bead front sight. The rear sight is adjustable for elevation and can fold for use with a scope. On the front sight, the protective hood is enlarged to provide a clearer sight picture. All of the metal components come with a classic blued-style finish. The stock also comes in a classic styling, made of oiled American walnut with checkering at the grips and a rubber pad fitted at the butt. Instead of a saddle ring, the Marlin 1894 uses modern sling studs located at the butt and fore-end. 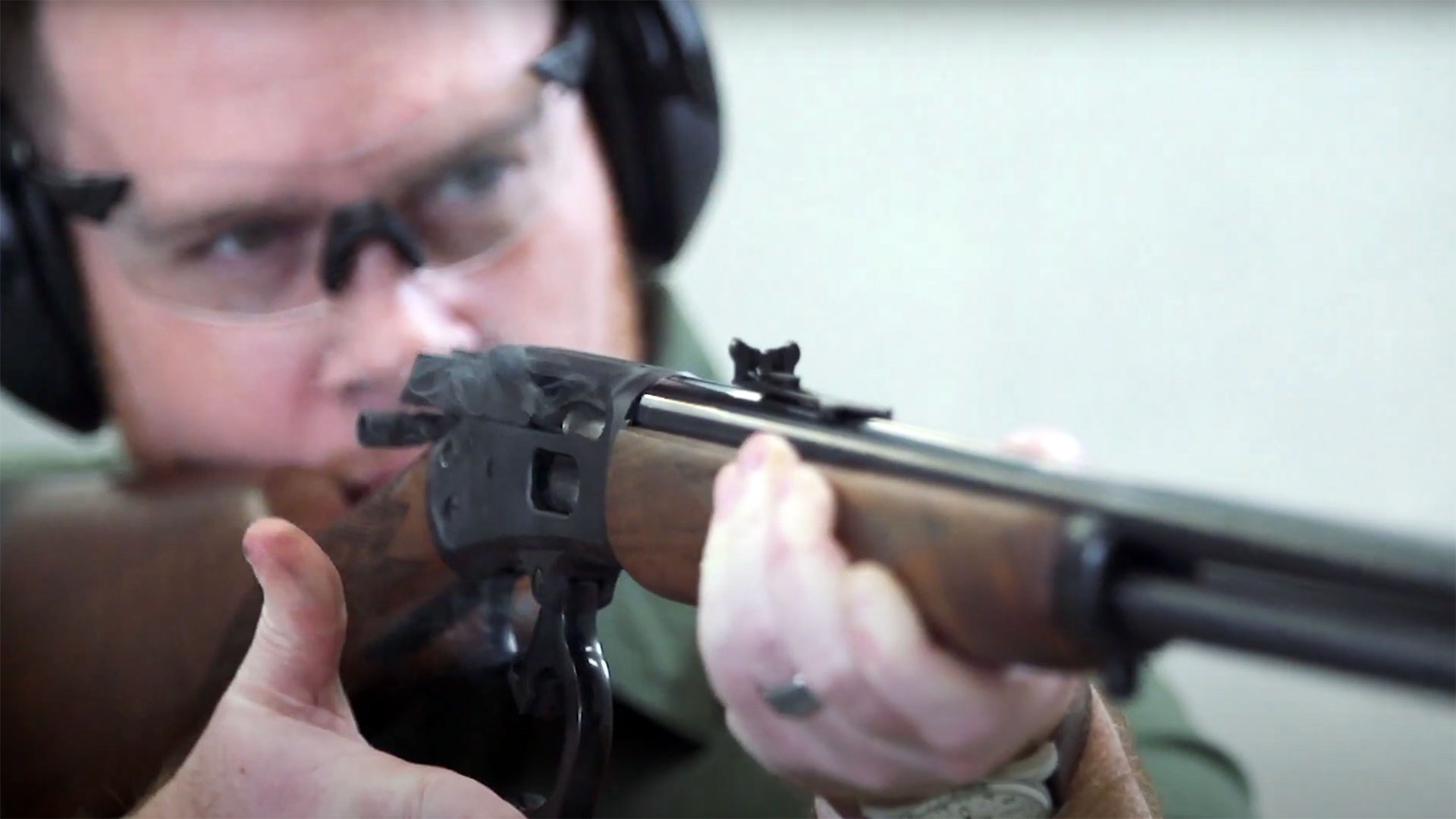 Working the Marlin 1894’s action on the range. 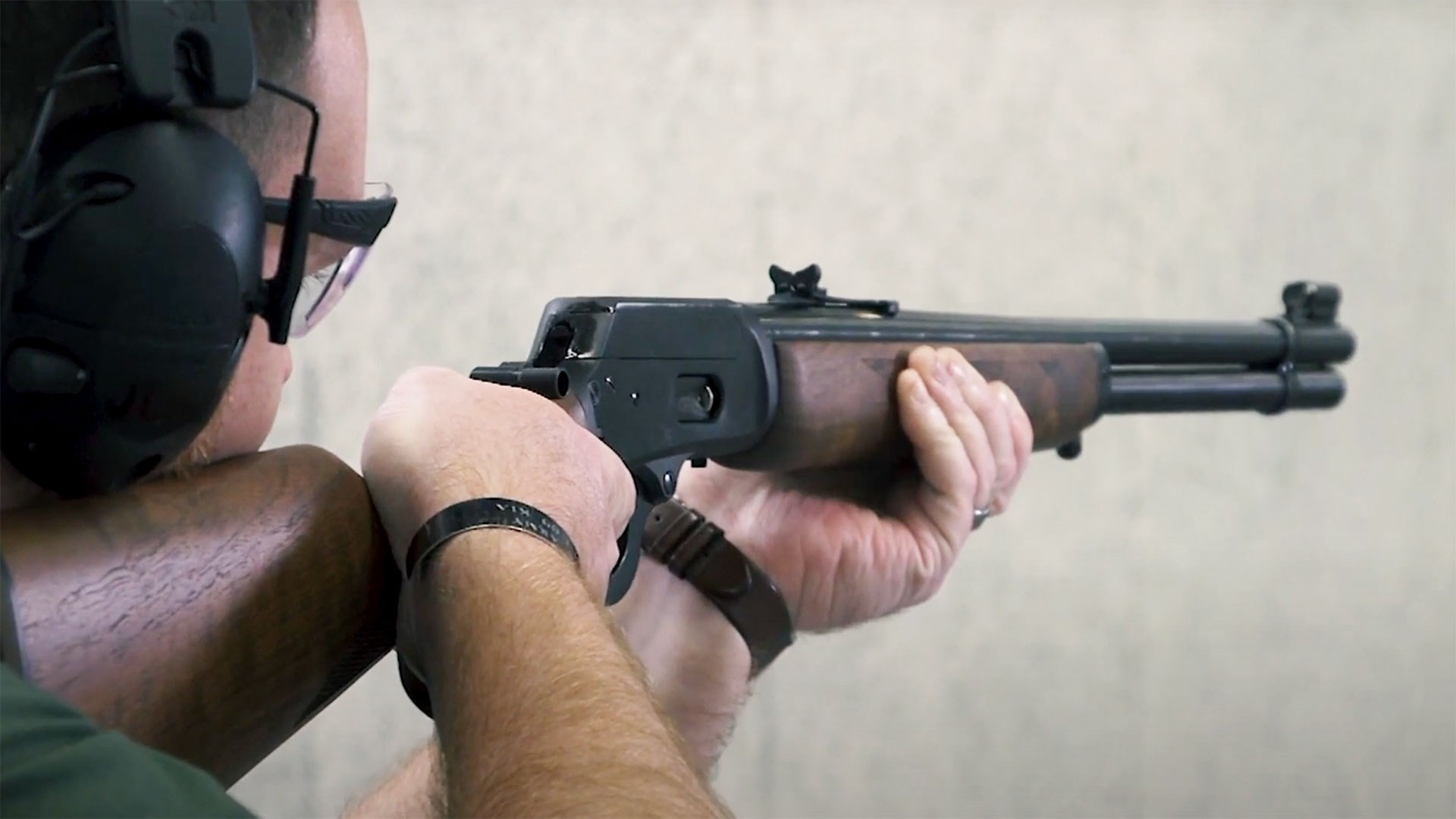 Shooting the Marlin 1894 on the range.

For more information on new Marlin lever-action rifles like the 1894 that are being produced under the ownership and oversight of Ruger, visit marlinfirearms.com.