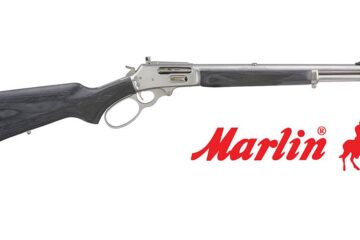 May 17, 2022 Tim Brown
Home»Commentary»Single-Handed Shooting: Why Practice It?
Commentary

It all started with police dash-cam videos.

Then came increasingly ubiquitous security cameras, and now body cameras are becoming common for law enforcement. With this vast increase in available cameras, more and more legitimate defensive-shooting incidents are being captured on video. It’s common enough that there are entire YouTube channels dedicated to doing detailed “lessons learned”-type reviews of the footage found on the web.

You get enough footage, and you wind up with a statistical universe large enough to spot trends. For instance, you can almost always tell how much time and effort the good guy has put into his draw by whether it’s a tentative and fumbling mess or if it pops off with a level of automaticity that suggests he probably put in at least a dozen dry-fire reps the night before.

Another thing these videos make apparent is that if the good guy is caught in a reactive situation, anything they have in their support hand at the start is going to stay there. People tend to hold onto things when they’re surprised, to the point of shooting one-handed.

One of the more-interesting details from these videos is that almost nobody winds up using their support hand (“weak hand” if you don’t believe in Neuro-Linguistic Programming, “other strong hand” if you do) even in extremis.

Attend much firearms training and you’re bound to be exposed to the necessity of practicing your weak-hand-only (often seen abbreviated as “WHO”) shooting because in gunfights, people wind up getting shot in the hands, and specifically the gun hand. And this is true. There’s no need to even get into a gunfight to see this happen; any force-on-force class with marking pistols will demonstrate it. I have more than one pair of Mechanix gloves

with marking dye still on them from taking simulated rounds to the hands (and scars on the first two fingers of my right hand from that one time I forgot the gloves).

The thing we’ve learned from these videos, though, is that even if the good guy is injured in the strong hand badly enough to drop the gun, he usually picks it up and continues shooting with the injured primary hand.

So, we now know that people continuing the fight with support-hand-only shooting is a vanishingly rare subset of an already uncommon occurrence. Armed with this knowledge, I’ve even seen some trainers and pundits advance the idea that “You practice weak-hand-only shooting too much.”

I guess, if you view it through that lens, it’s true. I mean, on the common Dot Torture drill, one whole dot, accounting for 10 percent of the total rounds fired in the drill, is done with the weak hand only. A couple of instructor friends of mine, John Johnston and Melody Lauer of Citizen’s Defense Research, just took the four-day MAG-40 class from Massad Ayoob and they shot the whole range portion of the class “mirrored”—in other words, despite both of them being right-handed, they used left-handed-holsters and shot the drills and tests as though they were natural lefties.

Back in my 1911-carrying days, when my weekly practice routine involved a lot of use of a Ruger 22/45 to lighten the burden on my wallet, I had eight magazines for the rimfire Ruger. I’d fire half of them with both hands on the gun, and then two magazines each, strong-hand-only and support-hand-only; that was as much as a quarter of my practice time spent on something that video footage tells me I will likely never need in an actual, real life defensive-gun usage.

So, if the hypothetical scenario of getting shot in the gun hand and having to continue the fight with the support hand is rarer than left-handed albino Lotto winners with perfect pitch, why all this emphasis on shooting one-handed, and especially, shooting one-handed with just the hand you don’t normally use to shoot? Well, funny you should ask.

As it happens, I’m typing this month’s column with a wireless keyboard in my lap. Because it’s hard to reach the usual keyboard tray on my desk with one arm in a sling. Yeah, I broke my collarbone, which means I’m getting a couple unanticipated months to work on my one-handed pistol-manipulation drills.

If you’re like me, you can probably cast your mind back over the last 10 or 20 years and not remember a single gun battle with ninjas. Yet, there are probably a few weeks, or even months, in that same time period where you were short a flipper due to some pedestrian reason like a slip-and-fall in the bathroom, a spill off the neighbor kid’s skateboard, or a botched slide into third at the company softball game.

Just because you’re recuperating from an injury doesn’t mean you give up the right to defend yourself. As a matter of fact, if you bear external signs of an injury, like an ankle boot or an arm in a sling, you are arguably more at risk because predators look for easier targets, and if you’re all stove up and limping, that is going to read as “easier” in their book.

This time around it’s not my primary hand that’s messed up, fortunately. (A few years ago, when I fell off my roommate’s “skate cycle” it was, though.) Nevertheless, I’m thankful for all the time I’ve spent working all that one-handed shooting, all the strong-hand-only reloads, and the single-handed malfunction clearances. It is certainly coming in handy now. And, I didn’t even need to get shot in the hand by a ninja in the streets to appreciate it.