May 13, 2021 Guns In The News
Home»Commentary»The Biden Administration’s Plan to Eradicate Gun Makers and Stores
Commentary

The Biden Administration’s Plan to Eradicate Gun Makers and Stores

Without mainstream-media cover, President Joe Biden (D) probably wouldn’t say things like this: “Today, I am calling on Congress to enact commonsense gun-law reforms, including requiring background checks on all gun sales, banning assault weapons and high-capacity magazines, and eliminating immunity for gun manufacturers who knowingly put weapons of war on our streets.” (Emphasis is ours.)

With this immunity claim, Biden is talking about the Protection of Lawful Commerce in Arms Act (PLCAA). But the PLCAA has an explicit list of what it doesn’t protect firearms manufacturers and dealers from, and it doesn’t protect them from criminal or civil liability for products that malfunction or from any laws that are broken. It only protects them from liability in cases where someone uses their legal products illegally.

So, why is Biden intentionally pushing misinformation about the PLCAA?

Today, I am calling on Congress to enact commonsense gun-law reforms, including requiring background checks on all gun sales, banning assault weapons and high-capacity magazines and eliminating immunity for gun manufacturers who knowingly put weapons of war on our streets.” —President Joe Biden

Starting with a lawsuit by Chicago Mayor Richard Daley in 1968 and continuing through 2000, gun manufacturers, wholesalers and retailers were sued by cities, the federal government and private parties for deaths and injuries caused by criminals who use guns. These were not defective firearms—they were guns that worked as designed, but that criminals somehow obtained and used illegally.

One of the early theories used by lawyers seeking to bleed gun makers dry with frivolous lawsuits was that handguns (the original target of these suits) were in a category that the law used to call “ultrahazardous.” What are the other ultrahazardous products or activities? Examples on the list include the transportation, storage and use of dynamite, radioactive materials, some very hazardous chemicals and the keeping of some dangerous animals (lions are not pets you keep in your subdivision). Makers of dynamite and other “ultrahazardous” materials must follow very precise procedures to prevent unauthorized purchase or misuse.

If gun-control advocates could get guns—or some categories of guns—defined as “ultrahazardous,” then they could ban them and strictly control them. They could then expand the category to more and more guns.

In 2005, Congress passed the PLCAA, which made it clear that guns are in the same category as other consumer goods. If an intoxicated person steals a Chevrolet and drives it into a school bus, the parents do not get to sue General Motors because its product is “ultrahazardous.” If this standard were legal, GM would somehow have to make it nearly impossible to steal the car, or to drive it into another vehicle. Ditto for the getaway car for a bank robbery. Cars would then become extraordinarily expensive and onerous to use.

Earlier, in a divide-and-conquer strategy, in 2000, President Bill Clinton’s administration somehow talked the management at Smith & Wesson into an agreement to make the threat of federally backed suits against them go away. This agreement included some minor requirements, such as hidden serial numbers and external locks to be sold with the gun, and some impossible requirements, such as the inclusion of “smart-gun” technology requiring all of S&W’s products within 36 months to verify that the person firing the gun is an “authorized user,” a “smart-gun” mandate.

Making “smart guns” that work effectively has, of course, turned out to be very difficult. There are also reliability concerns—like other electronic devices, their batteries might run out or they might have other issues. All that might be fine if these products were simply offered as just an option to people who are comfortable putting a battery between themselves and the use of a product designed to save their life. But Biden, to name one politician who’d like to erase the Second Amendment, also wants to make “smart guns” mandatory—meaning he’d make it illegal to buy all of the very functional and reliable guns now available.

Back in 2000, lots of gun owners boycotted S&W; as a result, S&W soon went through a management change and completely reversed course on this incredibly stupid idea. The net effect of this agreement would have put S&W out of the gun business, and, if things continued on as they were, it eventually would have run all of their competitors out of business as well.

The legal cost of defending against the frivolous lawsuits that the PLCAA has stopped would have bankrupted anyone in the gun business. So, if politicians like Biden cannot ban guns directly because of the Second Amendment, then perhaps lawsuits could make the costs of making and selling guns so high that no one would be able to afford to use their Second Amendment rights.

Though the PLCAA stopped much of this, some gun-control proponents are still trying to sue gun makers for crimes committed by others. Remington, for example, was sued on the theory that it “published promotional materials that promised ‘military-proven performance’ for a ‘mission-adaptable’ shooter in need of the ‘ultimate combat weapons system.’” Strictly speaking, this is an attempt to get around the language and intent of PLCAA. The U.S. Supreme Court declined to hear Remington’s challenge to the suit. The case is scheduled to go to trial in September of this year.

This has not been the only such attempt. After the Aurora theater mass murder in 2012, plaintiffs sued Lucky Gunner, a mail-order retailer of ammunition. The federal judge who heard the case ruled in favor of Lucky Gunner and other defendants. The PLCAA, and a Colorado statute to the same effect, protected the defendants from being held legally responsible for the actions of a criminal. The judge ordered the plaintiffs to pay Lucky Gunner’s legal fees (about $200,000).

Now consider that Lucky Gunner spent $200,000 defending themselves against a single frivolous lawsuit. Imagine what the costs will be to gun and ammunition makers and retailers if the PLCAA is repealed by the U.S. Congress. Every murder, suicide and accidental death involving the use of a gun in the U.S. could lead to a lawsuit, and perhaps every robbery, aggravated assault and rape involving an armed criminal could as well. Multiply $200,000 by the approximately 30,000 annual gun deaths (including the two-thirds that are suicides), and you just get the fees for the lawyers. Imagine the damage awards juries in Los Angeles, San Francisco and New York City might make. Can the industry survive the legal fees alone, even if they win every suit?

Punishing gun makers and sellers for the criminal misuse of guns avoids placing personal responsibility on the shoulders of criminals, and it would decimate a constitutional right. That is precisely what the Biden administration wants to do.

Clayton E. Cramer teaches history at a college in Western Idaho. His ninth book, Lock, Stock, and Barrel: The Origins of American Gun Culture, was published in 2018.

The Biden Administration’s Plan to Eradicate Gun Makers and Stores 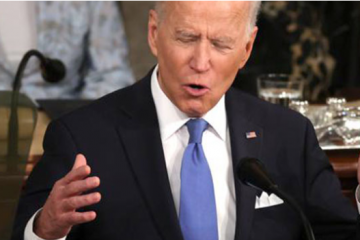