Only hours after an attack of radical jihadi terror on American soil, the New York Daily News became the loudest, vilest, most condescending voice for what many people call the Godless Left. These false prophets at this failing excuse for a newspaper claimed to enjoy special knowledge of God’s plans somehow … even as they mocked the entire concept of religion.

But they weren’t alone. As a horrific act of terror unfolded in real time, the majority of Americans turned to earnest prayer for the dead, the wounded, their families and the world — while political and media elites joined forces to insult and mock and disparage them … and in so doing, laid bare the utter moral depravity of the Godless Left.

This was a coordinated assault on the two freedoms they hate the most — our right to believe and our right to survive. In the minds of millions, it brought back memories of Barack Obama sneering at the majority of Americans who cherish their faith and their firearms. 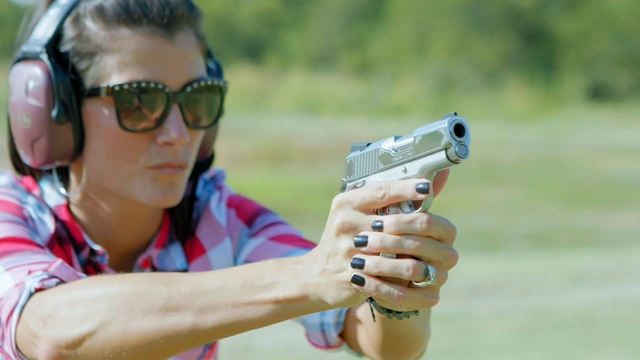 “These saboteurs share the same fanatical fervor to tear apart the foundations of America as the terrorists who threaten our very survival. And together, they march hand-in-hand toward the possible, purposeful destruction of us all.”
Dana Loesch

The Godless Left’s global alliance of elitists and media activists and Hollywood celebrities and campus radicals and political power mongers — they openly attacked sacred American values and the people who cherish them with ruthlessness, and contempt and downright hatred.

Driven by an unholy arrogance, these saboteurs are determined to destroy our history and eviscerate our rights … and create a new America in their own image. With no values or principles of which to speak, the Godless Left advances its power by any means necessary — namely, shaming and silencing any dissent.

As America’s national security collapses beneath them, they come together to purge the facts and protect their agenda. When al-Qaeda killed four Americans in Benghazi, the queen of the movement, Hillary Clinton, well she blamed it on a video … and the media raced to protect that lie.

They whitewashed the killers’ motives at the Boston Marathon and at Fort Hood. They refuse to cover our utter abandonment of immigration law. They don’t report on the drug cartels and the human traffickers who have invaded our borders and embedded in every single American city. They buried the unconscionable scandals at the VA, the weaponizing of the IRS and the disastrous billion-dollar healthcare website. They even excused the outright lie of “if you like your doctor, you can keep your doctor.” And as Chicago devolves into utter anarchy and a nine-year-old child is assassinated by cold-blooded killers who should have been in prison under the existing federal gun laws, the Godless Left refuses to report on its own guilt.

And now, when a radical Islamic terrorist killed 14 innocents in California, they did everything possible, for as long as possible, in the face of the evidence, to sell the American people on “workplace violence” and their political Kool-Aid of so-called common sense gun laws.

They openly demonize Christmas and Christianity, but say nothing of the only religion in the world that contains a segment, which condones this terrorism. Americans know the difference between a radical few and a peaceful majority.

But through thuggish accusations of racism and xenophobia, the Godless Left has made it nearly impossible to honestly discuss the burning world that surrounds us. And in doing so, they created the environment where the San Bernardino killers’ neighbor didn’t report suspicious activity for fear of being seen as profiling. And days later, these monsters carried out their unconscionable act of evil.

As the families of the victims in San Bernardino called out to their fellow Americans for prayer, the Godless Left launched a vitriolic attack on the twin pillars of American freedom: The First and Second Amendments.

These saboteurs share the same fanatical fervor to tear apart the foundations of America as the terrorists who threaten our very survival. And together, they march hand-in-hand toward the possible, purposeful destruction of us all.

These elites of the Godless Left, they’re the infidels of freedom, and we say to them that we will never ever sacrifice our God-given rights to believe and to survive.

So You Wanted More Background Checks for Guns, Eh? The Feds Have Now Used the NICS System to Maintain an Illegal Registry of Gun Owners