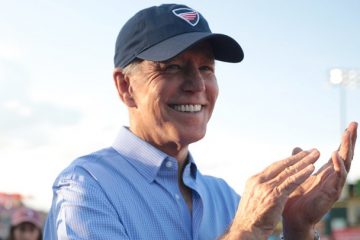 April 10, 2021 Guns In The News
Home»Commentary»Unprecedented Numbers Exercise 2A Rights in 2020
Commentary

Unprecedented Numbers Exercise 2A Rights in 2020

Millions of Americans exercised their Second Amendment rights for the first time in 2020. And, it’s easy to understand why.

Bare shelves at local grocery stores fueled fears that the breakdown in supply chains would lead to a breakdown in our social order. Inmates released early to stem the spread of the virus within prisons and rising unemployment led to fears of a crime wave. Americans watching this unfold in real time realized that they may be able to rely on only themselves.

Americans didn’t wait for tragedy; they acted to make sure they were not part of the tragic tale of 2020. They applied for permits to obtain or carry a firearm. They purchased handguns and long guns at a rate no one could have imagined, and did so at a time when some states were trying to shut down permit offices and gun shops. The spike in demand led to inventory shortages that likely reduced sales.

The difference in background checks between 2020 and 2019 was more than the number of checks run in any of the first nine years NICS existed. This record was expected given what we saw all year: month after month of record-setting numbers. March was the busiest month ever for the NICS office, until June reset the record. June only held the record until December.

There were 3,937,066 total NICS checks run last month. The number of NICS checks had broken three million in a single month a single time before 2020. It happened eight times last year. Those eight months were among the nine busiest months ever. Nine individual weeks in 2020 rate among the ten highest weeks of all-time, including two weeks in December (third and sixth all-time). That list includes every full week in June, and two consecutive weeks in November.

It is about giving Americans a fighting chance to defend themselves and their families.

Millions of Americans gave themselves that chance last year. A significant majority of those purchasing handguns, shotguns, or semi-automatic rifles indicated they were doing so to protect themselves. The FBI ran 11,897,521 handgun-related NICS checks last year and 7,132,864 checks related to long guns. Both are records; those numbers represent a 47% increase in the number of handgun-related checks and about a 0.1% increase in the number of long-gun related checks.

This reality is something no ivory tower academic would have ever predicted. Gun controllers, desperate for attention during 2020, tried to make every crisis about so-called gun violence while running away from the issue during the election.  Maybe they got the hint after months of record-setting background check numbers, but elitist gun controllers have already shown how far they’ll go to create a false narrative about the gun buyers of 2020. They’ve been working behind the scenes to advance their agenda without legislative input, and you can expect that strategy to continue under the next administration.

Those who write for academic journals, magazines, and textbooks will focus considerable energy to the issues and impact of 2020, and they’ll be encouraged to overlook or downplay the significance of the gun-buying surge of 2020. You can expect gun grabbers holding political office and professional anti-gun activists to try to control the narrative.

You can also expect the NRA to continue our mission of safeguarding the fundamental right of every American to defend themselves and their families.

We – through the will of our members and supporters – have been doing it for 150 years.

.30-06 Springfield: Is it Still the Best All-Around Big-Game Hunting Cartridge?

Biden to Name Another Anti-Gunner to Cabinet

Unprecedented Numbers Exercise 2A Rights in 2020 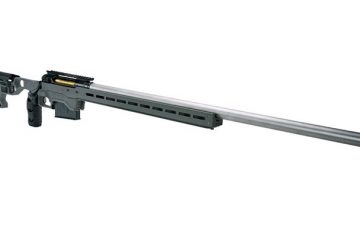