So, Elon Musk is buying Twitter for $44 billion. As Musk has called himself a free-speech absolutist, we wonder what this could mean for Twitter’s “weapons and weapon accessories” policy.

As this was being written, “Twitter prohibits the promotion of weapons and weapon accessories globally.”

Some examples of weapons and weapon accessories as defined in the policy include:

This policy prohibits gun manufacturers, gun stores, and others from talking about, and linking to, their legally made and sold products. This inhibits the sharing of the best information on self-defense firearms.

Musk has criticized Twitter’s censorship. He even says he wants Twitter’s algorithm, which prioritizes tweets for promotion and more, to be made public. Will this also mean that alleged shadow-banning of the politically incorrect, such as gun owners, will come to an end on Twitter?

Twitter, of course, is the social-media company that blocked users from sharing the New York Post’s reporting on information found on Hunter Biden’s laptop just before the 2020 presidential election. 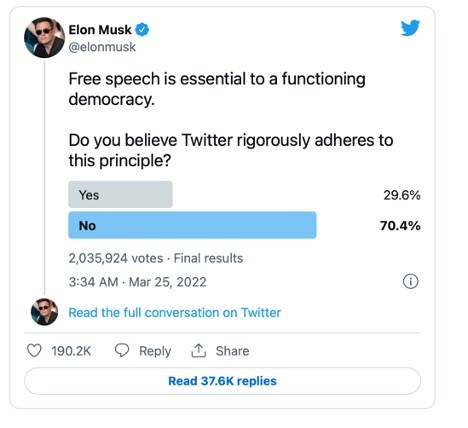 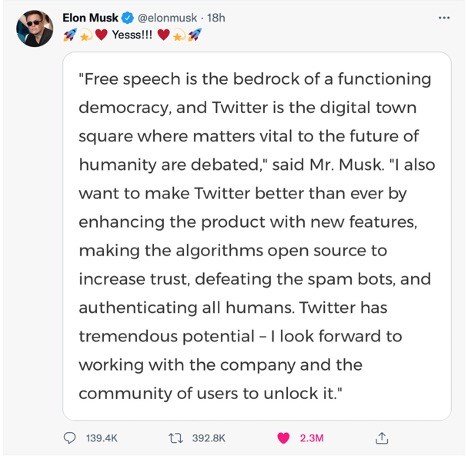 If an open forum would include all legal speech, then it would certainly include speech about a right that is specifically protected by the U.S. Bill of Rights.

After all, America’s 100-million-plus gun owners, including the many millions who recently bought their first guns over the last two years, need good, reliable, and expert facts and opinion on what firearms to buy, where to find quality training, how to properly carry and store guns, and so much more. Free speech, not government mandates, is what has made, and can still make, America even safer and, yes, freer.