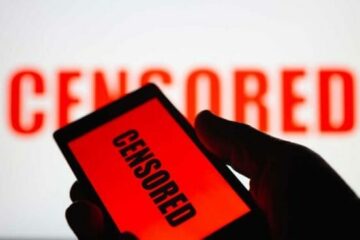 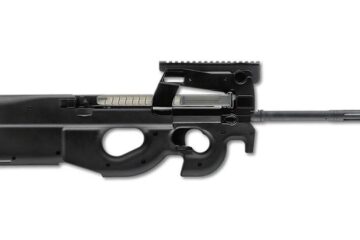 Well, if you’ve ever wanted to own one of these babies, now’s your chance to own two for free!  That’s right, Ballistic is giving away to one person a pair of custom auto ordnance Thompson 1927-A1s and they are sweet!

Want to learn about these two custom Auto Ordnance Thompson 1927-A1s came together for our “Custom Challenge“? Read below. Want to enter and win? Skip to the entry form at the bottom of this article. Good luck!

Developed by General John T. Thompson during the last years of World War I to fulfill the need for an “auto rifle” to replace the bolt-action rifles then in service without the complexity or cost of a recoil or gas system, the Thompson submachine gun was designed to act as a “trench broom” for clearing enemy trenches on the front lines before being introduced to the public in the early 1920s.

The Guns and Gunplay of ‘The Highwaymen’ Were Actually Accurate

It has been said that the Thompson is the gun that “made the ’20s roar,” but costing around the modern equivalent of $3,000, the weapon was definitely limited to those who had the means. The M1921 achieved most of its early notoriety in the hands of Prohibition-era gangsters like John Dillinger, George “Machine Gun” Kelly and Al Capone. So when the good people at Auto-Ordnance came on board to supply a couple of Thompson 1927-A1s for this “Custom Challenge,” the gangster/mobster theme was a no-brainer.

The geniuses at MAD Custom Coating were inspired by movies in creating their custom Thompson. Consulting such Hollywood hits as The Godfather

, they decided to combine a few elements on this job. First, the whole gun was coated in their proprietary MAD Black Plus, giving it a sleek, clean look reminiscent of the long-wheelbase 1954 Packard limousine, the impressive executive transport of the Corleone family.

They added some bullet holes down the left side of the receiver (because it’s the driver’s side) and a little splash of red to the muzzle. The front of the drum magazine was coated in white, and the black loading key was painted black so the whole thing resembles a tuxedo and bowtie. What about the red rose? That’s where the MAD Red charging handle comes in to tie everything together.

The finishing touch pays homage to the godfather himself, Vito Corleone, with a painting of his silhouette on the stock—rose and all. Revenge might be a dish best served cold, but this coating job is definitely hot.

Blowndeadline’s customizers went simple in a complex way. First, they used a laser to engrave the iconic “Chicago Typewriter” nickname into the receiver, as well as a mugshot of Al Capone. The metal was then coated in black before getting a healthy dose of hand distressing. The exposed surfaces were then rusted, cleaned to stop the oxidation process, dried in an oven and given a matte clear coat. The wood was also distressed, and “Happy Valentine’s Day” was laser engraved into the stock, referencing the infamous St. Valentine’s Day Massacre of 1929.

All in all, I love the look! It’s like a rat-rod machine gun—two things that always make me smile. Blowndeadline did a perfect job combining modern Thompson technology with its famous history.

I’m always impressed to see what these great custom coaters create, and this was no exception. If you think “Man, I would love to win one of those awesome carbines,” well, there is only one thing I have to say to that: “I believe ya, but my Tommy Gun don’t!”

To learn more about the base guns, check out auto-ordnance.com. Finally, to see more great work from these top-notch coaters, visit madcustomcoating.com and blowndeadline.net.

Enter here if you are having trouble entering the sweepstakes above.

In a Car, in Public, at Home, and at Work – More Self Defense Gun Stories 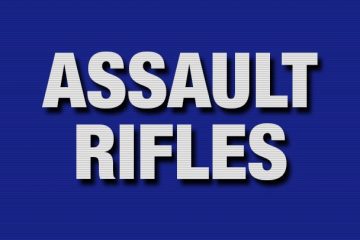