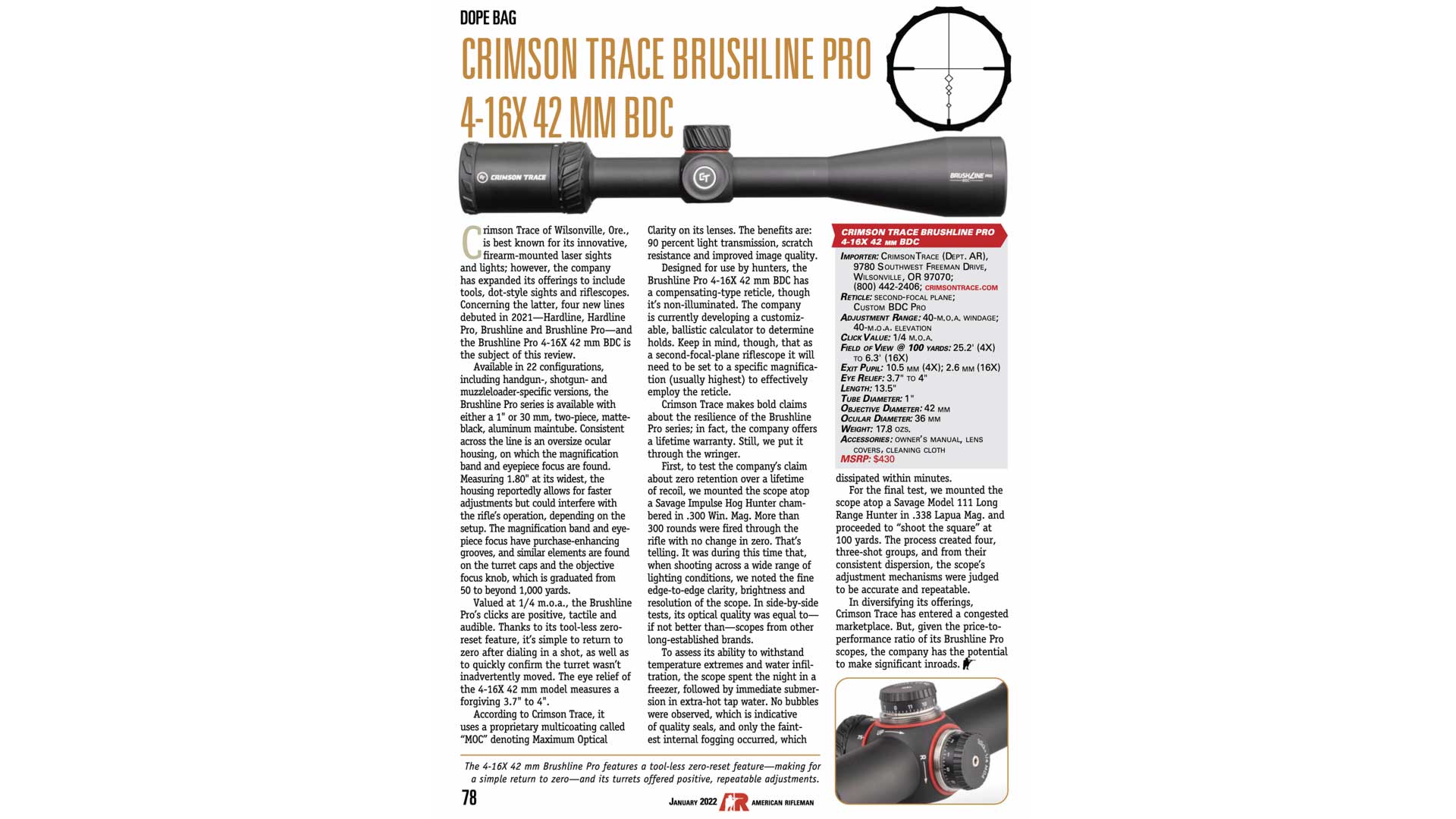 Best known for essentially creating the firearm-mounted laser sight industry back in 1994, Crimson Trace has nonetheless steadily branched out in recent years, adding both red-dots and variable-power riflescopes to its catalog a few years ago. And 2021 was a big year for the company in this regard, as it introduced four new scope lines—the tactically oriented Hardline and Hardline Pro and the hunting-focused Brushline and Brushline Pro. Our staff was able to evaluate the latter in its 4-16X 42 mm BDC guise in the “Dope Bag” section of the magazine, and we determined the scope offered a lot of performance given its reasonable price tag.

Features on the second-focal-plane Brushline Pro include a tool-less zero-reset, the company’s proprietary scratch-resistant Maximum Optical Clarity multicoating and an eyepiece with very effective purchase-enhancing grooves. Our testing found the scope was able to shrug off considerable recoil, was waterproof, offered consistent adjustments and that, “in side-by-side tests, its optical quality was equal to—if not better than—scopes from other long-established brands.” For providing a quality, feature-rich new optic option that doesn’t break the bank, we felt Crimson Trace’s Brushline Pro 4-16X 42 mm BDC earned its place as Optic Of The Year. crimsontrace.com