So, 5.56 NATO and .223 Rem. Two cartridges, identical exterior dimensions, yet the chain of events that occurs once the trigger is pulled makes the two rounds as different as oil and water. Yes, to the naked eye, there is no difference; even to the trained eye, without inspecting the headstamp to verify, I seriously doubt whether anyone could differentiate between the two cartridges unless there was a signature projectile on top. So, what do you need to know regarding 5.56 NATO vs. .223 Rem. to be safe and optimize performance from your rifle? Let’s take a look.

The simplest, yet most important, difference between the two cartridges is their respective pressure limits. The .223 Rem. cartridge is held to a lower pressure than 5.56 NATO. Some of the testing methods to determine these actual pressures can be confusing, as both cartridges have been tested by the ballistic authorities (read CIP and SAAMI) in the same 5.56 mm chamber, and the resulting data will appear to be nearly equal. However, because of the dimensional variations in the distance between the case mouth and the beginning of the rifling, trying to fire 5.56 NATO ammunition in a .223 Rem. chamber is, simply put, just a bad idea. 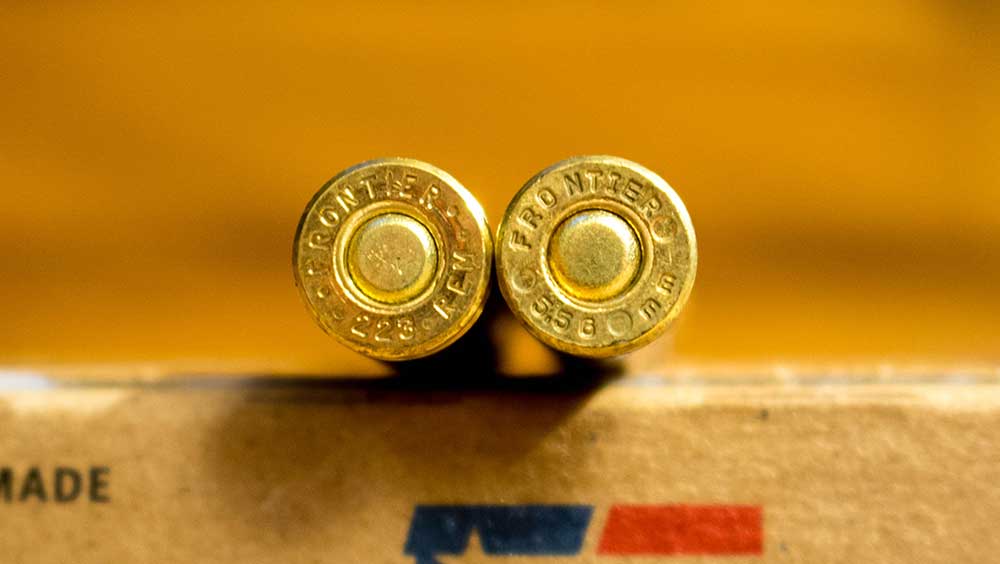 The reverse is not true. It is, and always will be, safe to shoot .223 Rem. ammunition in a chamber marked for 5.56 NATO. Commit that idea to memory, and you’ll never get in trouble. The pressures that a 5.56 NATO cartridge can generate are too high for the .223 Rem. chamber, and that is based primarily on the leade dimensions. If you feel that the ability to shoot 5.56 NATO ammunition out of your .223 Rem.-chambered rifle is paramount, take that rifle to a competent gunsmith to have the chamber reamed out to handle 5.56 NATO ammunition.

That chamber dimension for the 5.56 NATO is, in fact, slightly larger than the chamber for the .223 Rem.—in order to have the smoothest feeding and ejection, even with a dirty weapon, to best serve as a battlefield implement—but it is the leade dimension that makes the biggest difference. Leade is defined as the area from the bullet’s resting place before firing to the point where the rifling is engaged. The shorter the leade dimension, the faster the bullet will engage the rifling, and the faster the pressures can rise to a dangerous level. 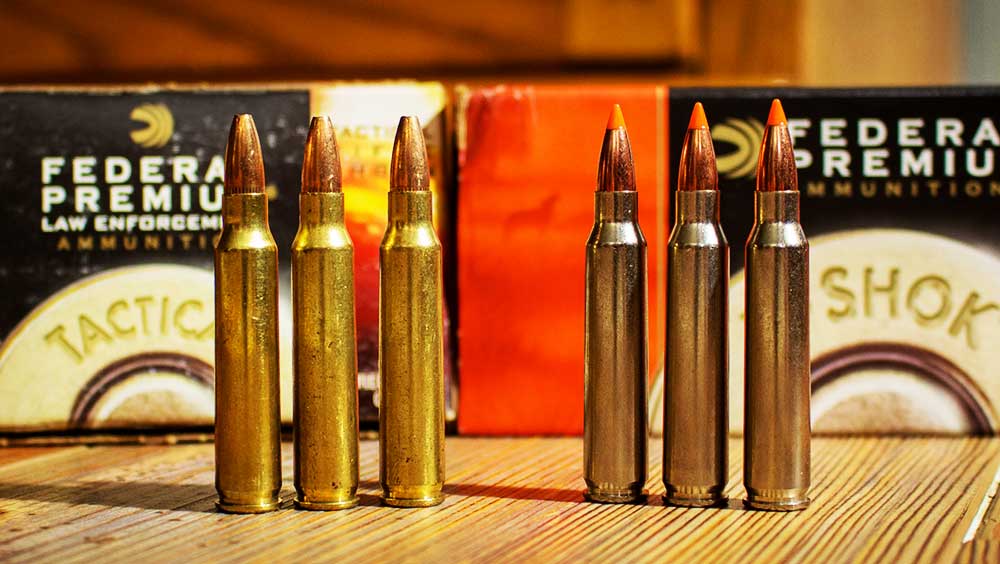 Initially, the first dimension that will be different is the wall thickness of the brass. As is the case with most military cartridges, the military 5.56 NATO case will tend to have thicker walls, resulting in less case capacity, and a correlatively higher pressure, if the same powder charge is used. If the exterior dimensions are identical, a thicker wall dimension must result in a smaller interior volume. That can and will pose a problem for those who reload their ammunition; I highly recommend segregating the cases and treating them differently.

Secondly, the 5.56 NATO was bred for war, while the .223 Rem. was released to the civilian population. The two must be looked at in the same manner as the 7×57 Mauser or .257 Roberts; the ammunition designed for the older rifles is of lower pressure limits, yet there is a +P, or higher pressure limit, series of ammunition. The .223 Rem. ammunition is the lower pressure limit, and the 5.56 NATO is the +P version. Though the pressure is higher for the 5.56 NATO, the U.S. military gave it a chamber that would allow for a bit of slop, if you will, to ensure that it would operate in the worst conditions. Put that ammo in a tight chamber, and you have the potential for disaster.

I’ve found that firing .223 Rem. ammunition from a 5.56 NATO chamber will—generally speaking—result in a slight accuracy degradation, though I’ve met a couple of rifles that weren’t told this should be the case. I personally attribute the larger group sizes to the larger leade and correlative bullet jump. Barrels and chambers are funny like that; some are drastically affected and others are not. The difference in freebore length—usually 0.0566 inch for the 5.56 NATO and 0.025 inch for the .223 Rem.—has much the same effect as radically changing the bullet seating depth in handloaded ammunition: pressures change. Some barrels can deal with the change, other cannot. 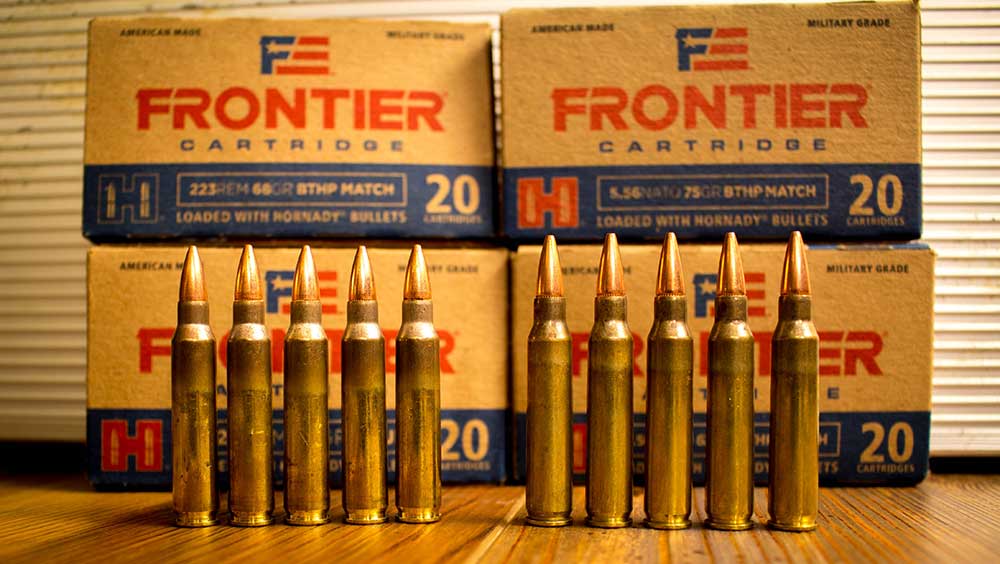 While for those who prefer a bolt-action rifle, there is no problem firing .223 Rem. ammunition from a chamber marked for 5.56 NATO; yet the AR-15 shooters may find that some rifles are set up to perform with the higher recoil level and pressure levels of the hotter 5.56 NATO ammo. I have seen instances where those rifles chambered for 5.56 NATO with heavier springs won’t reliably extract and feed .223 Rem. ammo; there simply isn’t enough oomph to properly cycle the rifle.

I wish the powers that were had decided on one universal design, so as to avoid the confusion that has developed from having two names—and power levels—for the same cartridge, but alas, we are left to deal with the mess. If you already own one or the other, please take note of this information. If you’re shopping for a rifle chambered for one of these cartridges, may this enlighten you before you make your purchase. Both the 5.56 NATO and .223 Rem. are sound designs, yet they are not one and the same. Forewarned is forearmed, so make your decision accordingly.