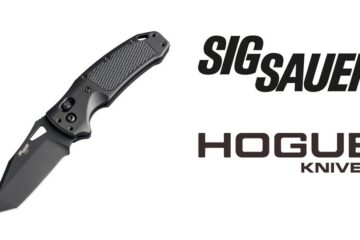 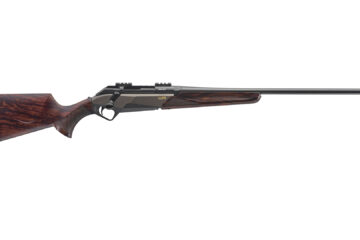 May 16, 2022 Guns In The News
Home»Commentary»Advocacy Isn’t Science
Commentary

Everytown for Gun Safety produced a report that received favorable coverage on CNN and in The Hill without so much as a basic due-diligence level of questioning. True journalism has been replaced with activism in many newsrooms, so allow us to present a basic response to this new Everytown analysis. The NRA, very obviously, protects the Second Amendment rights of Americans and are not journalists. But, neither is CNN.

Here’s how CNN described the study: “A new study published Thursday by a leading non-profit organization that focuses on gun violence prevention found that there is a direct correlation in states with weaker gun laws and higher rates of gun deaths, including homicides, suicides and accidental killings.”

It is not. Everytown took each state’s overall rates of “gun violence deaths” from the CDC, which includes homicides, suicides, accidents, and other cases. So right away, there is a serious issue here in that laws designed to reduce homicides likely have no effect on suicides and vice versa. Laws designed to reduce accidents are unlikely to reduce self-inflicted harm. This should not be a controversial critique. Combining deaths without regard for intent undermines real efforts to address societal problems.

That’s not what Everytown wants. The senior vice president of law and policy at Everytown told CNN that, “We think this is going to be a really important tool for lawmakers, reporters and advocates that have been looking for the kind of visual tool that can make that case clearly.” They – Everytown – want gun control and explicitly designed this analysis to support gun control.

Everytown tallied a score for each state’s amount of gun control. Previous efforts to grade states on their level of gun control were arbitrary and did not distinguish between types of gun control. Everytown tried to make this new analysis more robust by applying different values to different gun control policies, but the result is a muddled mess that is only slightly less arbitrary.

Look at the methodology section. This meets every definition of arbitrary, as different point values are given to different policies without actual scientific evidence supporting any of the policies. Are 12 policies each worth half a point the same as one policy worth six points? At some point, this becomes an exercise in inflation as Everytown is essentially repeatedly quantifying the same difference. This is really just a ranking of Everytown’s preferred gun control.

Including metrics unrelated to private gun ownership, namely those related to regulations on police officers’ on-duty actions and rights, or those that require non-existent technology like microstamping show that Everytown wanted to drive up the difference between anti-gun states and those without burdensome gun control. A larger difference between California and Idaho or Mississippi, the highest graded gun control and the two lowest graded, makes the point much more dramatic.

These are not the only states so over-generalized. Let’s consider the case of Alaska. Alaska is listed in the “national failure” category based on its gun control score of 9 points and its “gun violence” death rate of 23.5 per 100,000 population. More than three-quarters of Alaska “gun violence” deaths are self-inflicted (76%).

Everytown reports that Iowa lost 40% of its gun control score for repealing two onerous gun control policies in 2021, but the score is then pitted against 2020 mortality data. How can laws repealed (or enacted) have any impact on mortality in the prior year?

Looking at the list of gun control values, some questionable weighting decisions stand out. A fugitive from justice prohibitor is worth up to three times as many points as a felony prohibitor. Federal law prohibits both fugitives and felons from possessing firearms.

These critiques do not require the suspension of disbelief or deep inherent pro-gun values. These are simple issues with a simple analysis being presented as evidence. The “evidence” is weighted by those who desire a certain outcome and presented as scientific.

Other factors – like poverty, mental health services, domestic violence victims’ services, and socio-economic status – should be considered if the goal is to identify factors contributing to “gun violence” or identify which factors save lives.

But that isn’t Everytown’s goal; their goal is to enact absolute gun control. The problems identified with this Everytown analysis are simple, but they are not mere oversights. They were intentional – a feature, not a bug. Everytown will do whatever it takes to promote their anti-gun agenda.