August 6, 2022 Guns In The News
Home»US News»American Militia Freedom Forces: “We Are At War” – Time For The Rightful Rulers “Ordained By God” To Do Our Duty Under God
US News

American Militia Freedom Forces: “We Are At War” – Time For The Rightful Rulers “Ordained By God” To Do Our Duty Under God

Captain Karl Koenigs, who has been on The Sons of Liberty radio many times, and who advances the Tenth Amendment in the US Constitution, along with the constitutional law enforcement, the militia, issued a statement about our current circumstances and what the rightful rulers in the united States, the People, are to do as their responsibility before our Creator, the Lord Jesus Christ.

Here’s what Koenigs penned on Telegram:

And, by the hand of divine Providence, His Rulers and Leaders shall NEVER SURRENDER, NEVER RETREAT! No matter how many of us our elected and appointed Capital Felony Insurrectionists and treacherous enemies of The Constitution, by way of their US Government Deep State invented and patented Covid19 Bio-Weapon (https://sonsoflibertymedia.com/dr-david-martin-coronavirus-patents-prove-covid-fraud-illegal-dealings-the-people-demand-justice-video/) and their invented Covid19 Bio-Toxin/Bio-Weapon Vaxtermination AIDs injecting “Clot Shot” murder in cold blood (https://www.bitchute.com/video/jm2euik7MlCV/).
(https://sonsoflibertymedia.com/dr-david-martin-coronavirus-patents-prove-covid-fraud-illegal-dealings-the-people-demand-justice-video/)We will Nuremburg the Bastards!

Be Sure And Prepare Today For Coming Food Shortages By Clicking Here!

P.S.: As I draft this AMFF Statement Attorney General Garland, the head of the Department Of (In)Justice, with hundreds of U.S Attorneys, as well as ALL OF the Deep State, including The FBI, ATF, NSA, the DOJ itself, and hundreds of other Agencies and Bureaus most that are, by Tenth Amendment LAW & ORDER, NOT SUPPOSED TO EVEN EXIST, amounting to A Deep State ARMED Army of well over THREE Million, planted in our cities and upon our streets to attack the American people, our Constitution, our God endowed INDIVIDUAL RIGHTS, our LIVES, LIBERTY and PROPERTY and for The FBI and their conscripted BLUEcoats from every town and city, to surveille and violently ATTACK and ARREST PARENTS, including one whose daughter was raped in a school girls restroom wearing a skirt, who care enough about their own children to address Teachers and School Boards, who are teaching against The Declaration Of Independence and its two dovetail documents of supreme law, The Constitution and The Bill Of Rights, expressing Critical Race Theory (CRT) and instituting and creating MENTICIDE in the heads of our children, to the point that a majority of them today, support and defend SOCIALISM and/or COMMUNISM. The Attorney General for The US, Garland, being grilled in a Congressional Hearing RIGHT NOW, he is standing by his order to the FBI and The Deep State for WAR against All Parents who support and defend the Constitution and speak against Teachers and/or School Boards. 😳 Speak of the wicked and evildoers!

The Rulers and Leaders “ordained by God” have to do our duty and our responsibility UNDER GOD.

WE ARE AT WAR! According to The Department Of Justice and the Attorney General Of The United States Of America.

Well, amen!  Those in the government created by our founders have grown in their corruption to the point that the People have longed for justice but failed to bring it forth through their representatives.  Now, that burden is falling directly to us.  In fact, it was ours all along.  We are to be the enforcers of law (Article I, Section 8, Clause 15), not the police department or any of the unconstitutional federal agencies either.

American Militia Freedom Forces: “We Are At War” – Time For The Rightful Rulers “Ordained By God” To Do Our Duty Under God 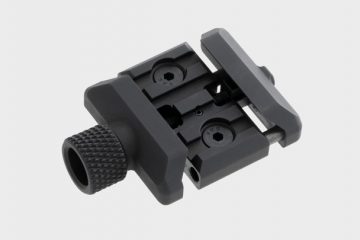