Study any exhaustive listing of current, wildcat, and obsolete cartridges, such as those found in an edition of Cartridges of the World, and you’ll be left wondering, “how could there be so many?” The reasons are too numerous to list here. For certain there is substantial overlap, and few of them are truly “game-changing” designs. One thing is for sure—in the hoopla that accompanies the debut of a new cartridge, lost is the knowledge of truly spectacular examples of the past, that are rapidly fading into obscurity. The .250-3000 Savage Improved, or .250 Savage Improved, is among these fading favorites.

By any definition, the .250-3000 Savage, which is the parent of the “Improved” variant, was indeed a “game-changer”; any embellishment is wholly unnecessary. Designed by Charles Newton and unveiled in 1915 in the Savage Model 99 lever-action rifle, the cartridge propelled an 87-grain, 0.257-inch-diameter bullet to 3,000 fps—hence the name. Assuredly perceived as something sci-fi among riflemen and hunters of the day, it was the first cartridge to break the 3K threshold, and it did so at a time when no others even remotely approached that speed. 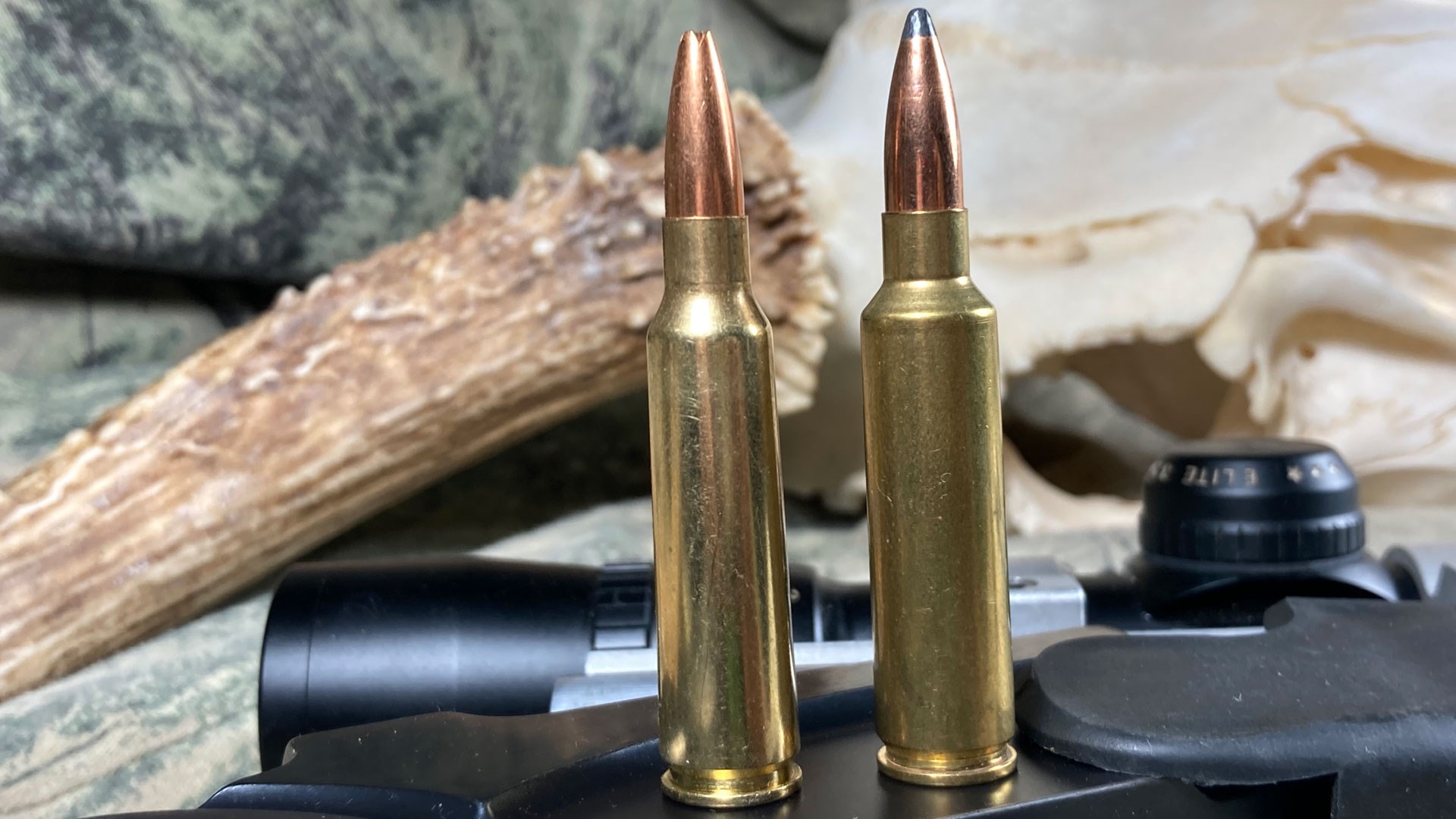 The resulting cartridge, which is also known as the “.250 Savage”—heavier projectiles didn’t hit 3,000 fps and its original moniker is unnecessarily lengthy—offered impressive terminal and external ballistics with minimal recoil. It’s little wonder that it began a hit. With the original 87-gr. projectile, the cartridge could take varmints and deer-size game, while subsequent loadings with 100- and 120-grain bullets improved its capabilities on larger species, including elk. Still, its true forte was (and is) deer, and for them there’s arguably no better cartridge—even today—at sane distances. Best of all, said performance comes from a cartridge that handily fits in a short-action rifle.

Further swelling the .250 Savage’s appeal is, as a .25-caliber cartridge, bullets ranging from 70 to 135 grains could be employed, provided the twist rate is sufficient to stabilize it. As an aside, the original Model 99s in .250-3000 Savage had a 1:14-inch twist, which was generally incompatible with bullets weighing more than 87 grains; that deficiency was remedied by other arms makers chambering the cartridge. Realistically though, due to its smallish case capacity (around 40 grains of water, according to Nosler, Inc.), 120-grain bullets are its upper limit. 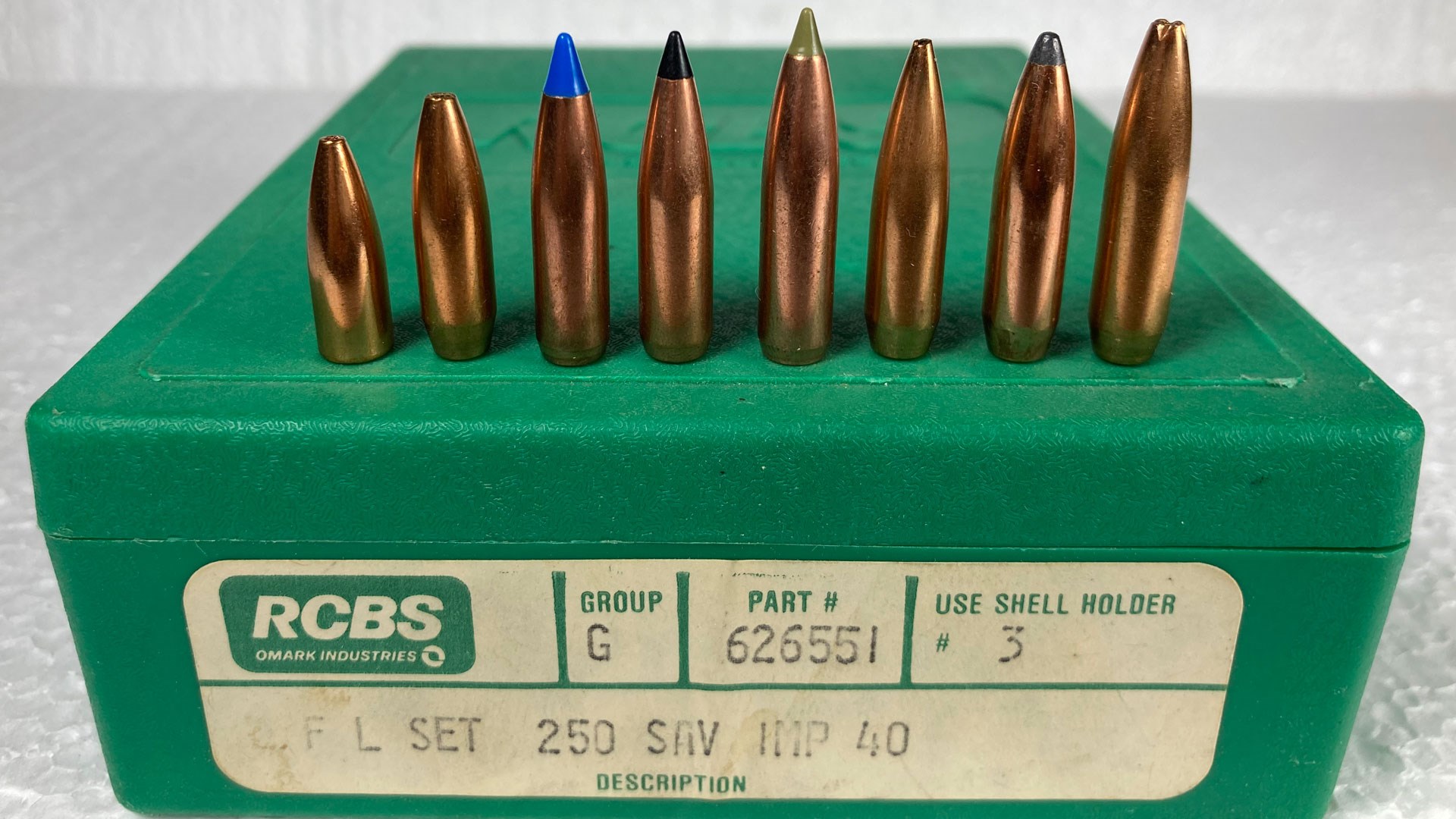 As good as it is, the .250 Savage could easily be enhanced. For instance, according to the Sierra Reloading Manual, Fifth Ed., its case tapers from 0.467 inches at the head to 0.414 inches at the junction of the body and shoulder. This dramatic taper contributes to decreased internal capacity, as well as lends to case stretching after firing, which will necessitate frequent trimming if handloading. What’s more, the cartridge has a shallow, 26°, 30’ shoulder angle and 0.274-inch-long neck. In a process known as “improving,” rifleman, barrel maker, gun builder, wildcatter, and author P.O. Ackley applied his trademark changes to modernize the round.

As with his other Improved cartridges, Ackley significantly reduced the body taper of the .250-3000 Savage. His variant tapered from 0.467 inches at the head to 0.455 inches at the body-shoulder intersection—only enough for proper cycling. Further growing propellant space was an increase of the shoulder angle to 40° while decreasing the neck length to 0.238 inches—less than bullet diameter but ample for securing the projectile. Sierra reported that the .250 Savage Improved has about a 10-percent increase in capacity over its parent, thus boosting velocities. 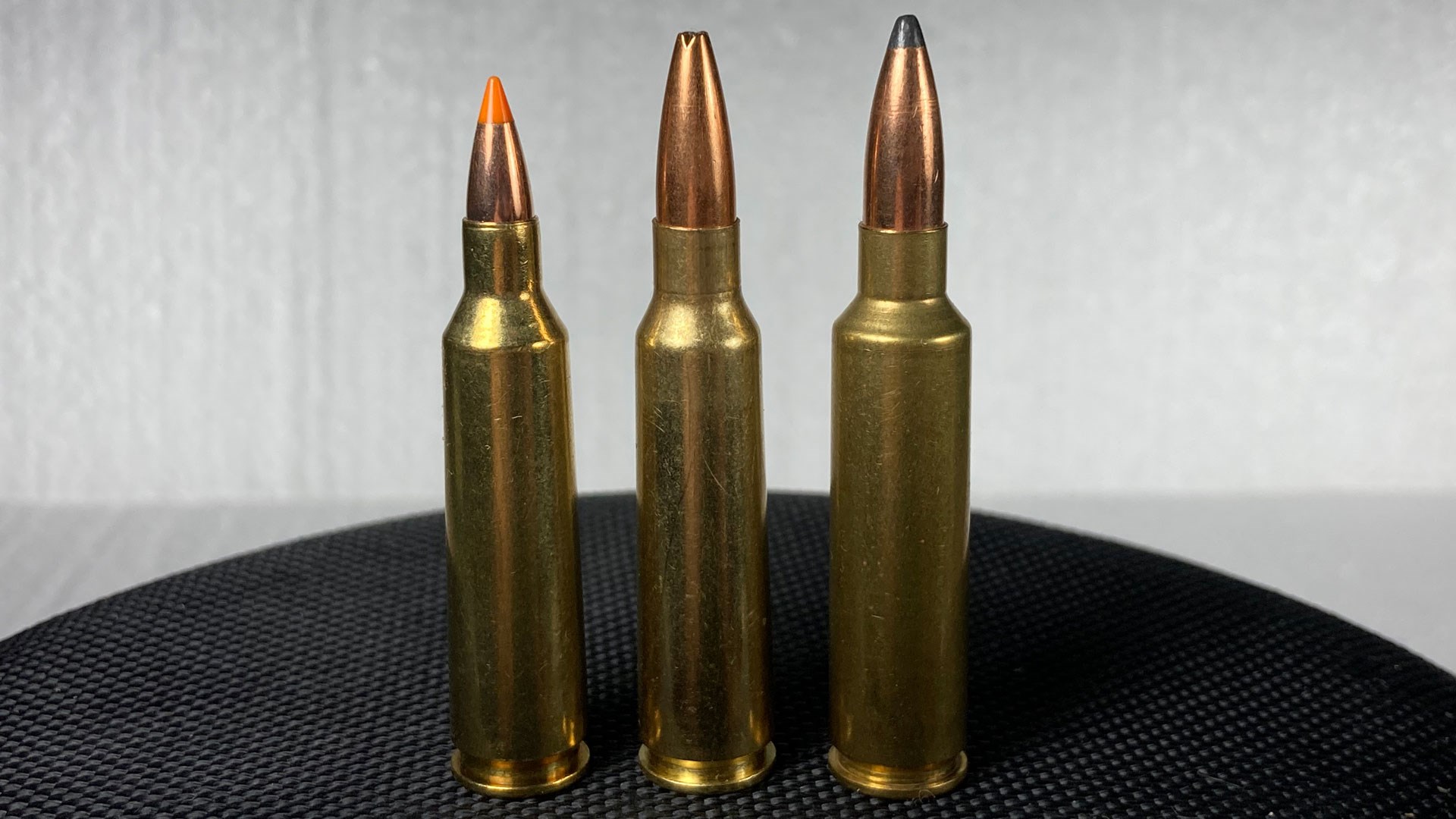 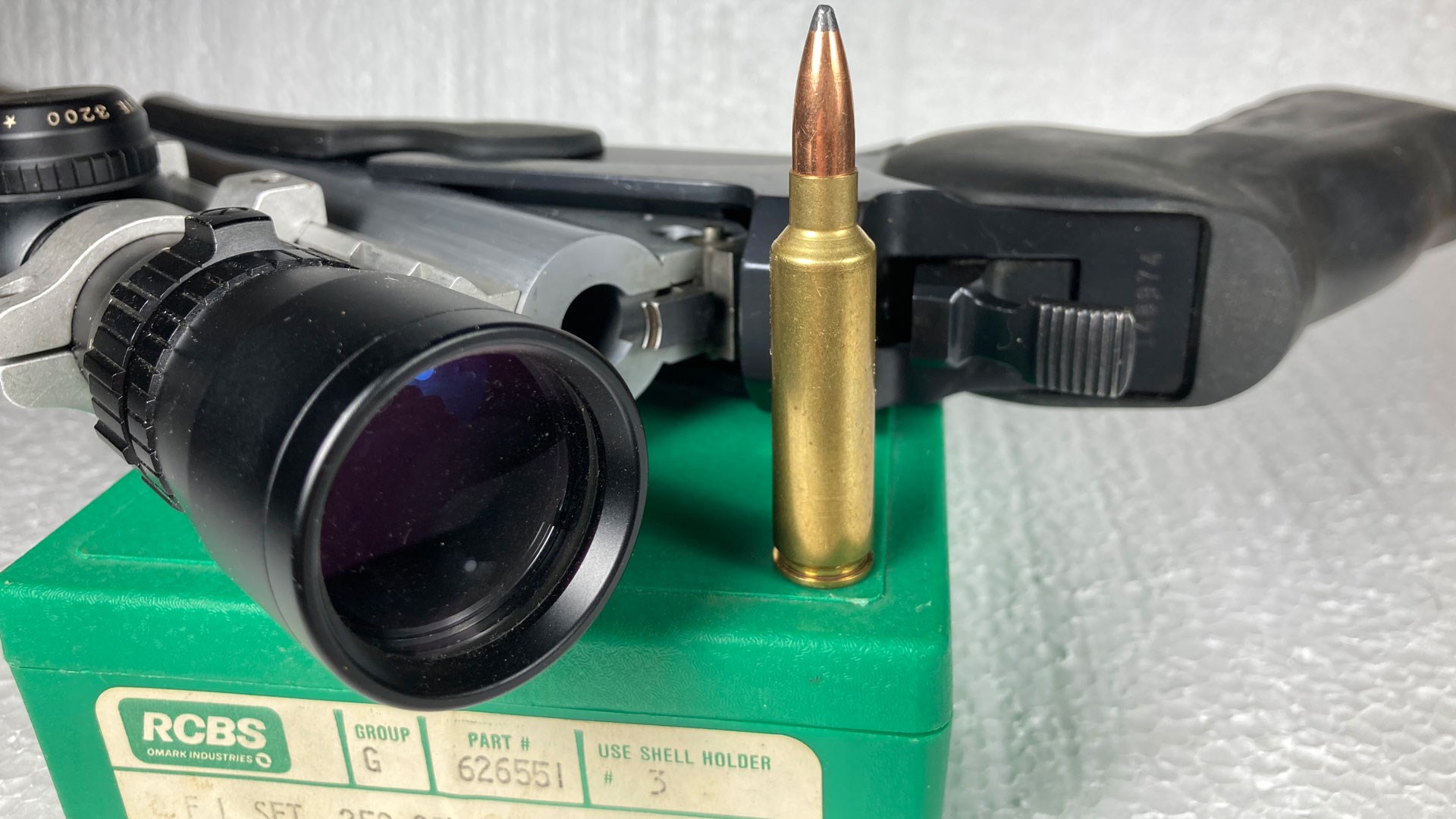 The downfall of many popular .25-caliber cartridges is most frequently attributed to the rise in popularity of the smaller, .24-caliber rounds, such as the .243 Winchester and 6 mm Remington. Why? Outside of the larger ungulates, such as elk, the 6-mm chamberings have proven to be equally effective—especially on deer—and, quite frankly, better suited for smaller varmints; there’s a larger variety of varmint-type bullets in 0.243-inches diameter than in 0.257 inches, including those that weigh as little as 55 grains. Given the proper rifling twist rate is utilized, nowadays .24-caliber bullets weighing upward of 115 grains are available, and they have better ballistic coefficients that their .25-caliber counterparts to boot.

While it’s easy to solely blame .24-caliber cartridges for the demise of .250 Savage (and others), and they certainly drove a nail in the coffin, it was the adoption of the .257 Roberts by Remington in 1934 that first stole its thunder, and as continues to overshadow it. On paper, the ballistics of the Roberts were superior to those of the .250 Savage, and virtually identical to those of the “improved” variant. Given the choice between the two, and especially with the power of “Big Green” backing it—not to mention +P higher pressure loads unveiled later—naturally shooters gave the nod to the .257 Roberts over the .250 Savage. Ackley’s .250 Savage Improved has yet to be standardized. 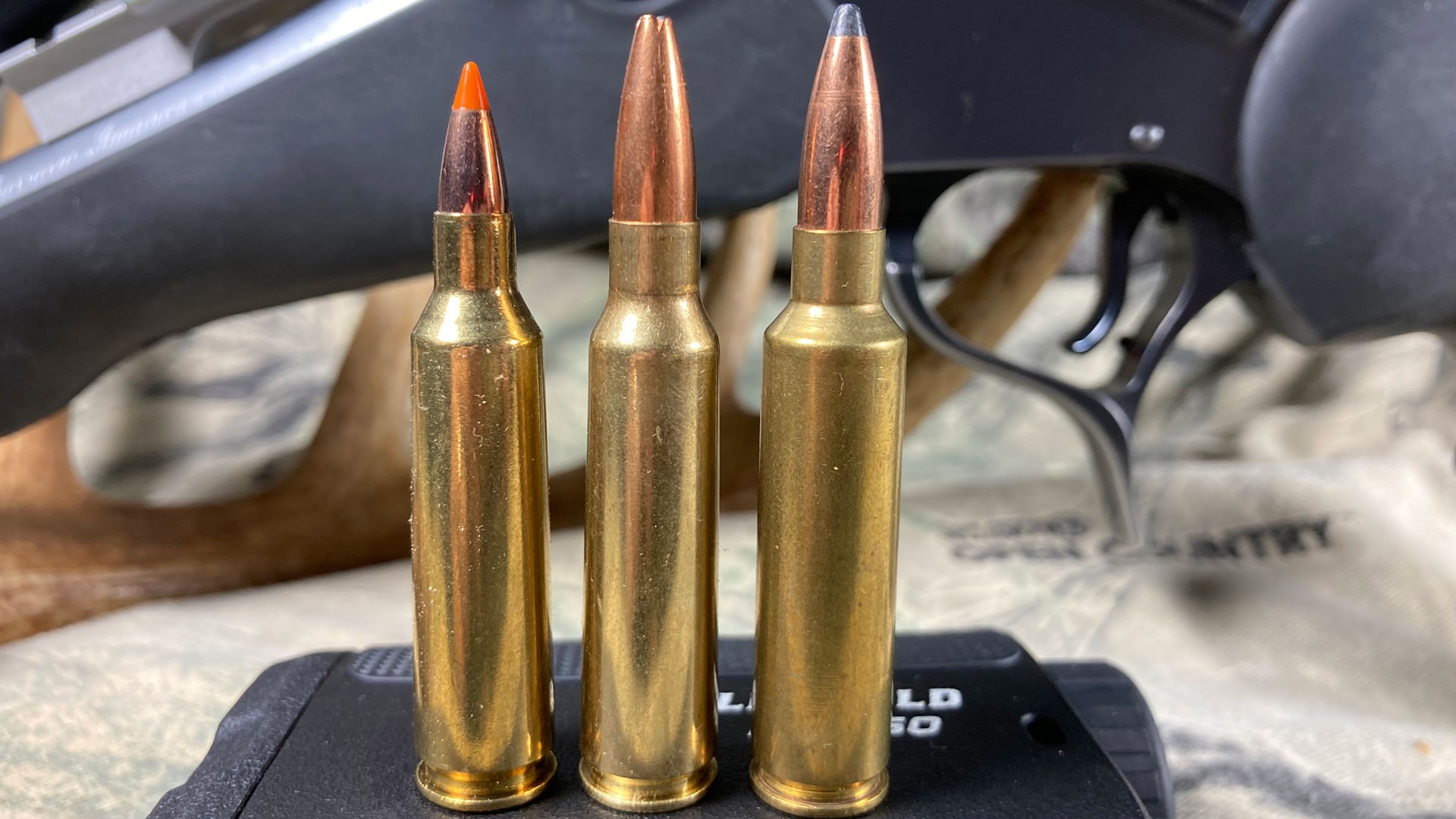 So why would anyone want the wildcat .250 Savage Improved when it mimics factory .257 Roberts? One reason is case length. Based on the 7x57mm Mauser case, the .257 Roberts’ overall length makes it such that, in most rifles, it’s neither well suited for a short or long action, which can affect the ammunition used and, ultimately, accuracy. That’s a non-issue with the .250 Savage Improved, which will easily fit a in short-action rifle.

Standard .250 Savage ammunition can be safely used—and is downright accurate—in an Improved chamber to create the .250 Savage Improved cases. In a pinch, .22-250 Remington cases can be utilized to form .250 Savage cases, which can then be fireformed to the Improved version. Of course, extra steps, patience, and a watchful eye are needed.

You won’t find a rifle chambered in .250 Savage Improved on store shelves; however, the effort of having one built is worth it. In semi-custom rifles the best option is the Mark-X rifle from E.R. Shaw of Bridgeville, Pennsylvania. There are thousands of possible combinations, starting around $1,400. With chamber reamers readily available, most custom builders can build the .250 Savage Improved of your dreams from scratch. You can also have an existing .250 Savage rechambered for the Improved variant, or a worn-out .22-250 Remington re-barreled with a tube chambered in it.

My .250 Savage Improved is in the form of a Thompson/Center Encore handgun barrel manufactured by SSK Industries, which is now SSK Firearms. Granted you’ll save money going this route, but obviously you’re restricted to a single round with a slow follow-up shot. Using this gun, I’ve killed a variety of game from a whitetail at less than 50 yards to an antelope doe at 301 yards. I’ve never been left wanting. 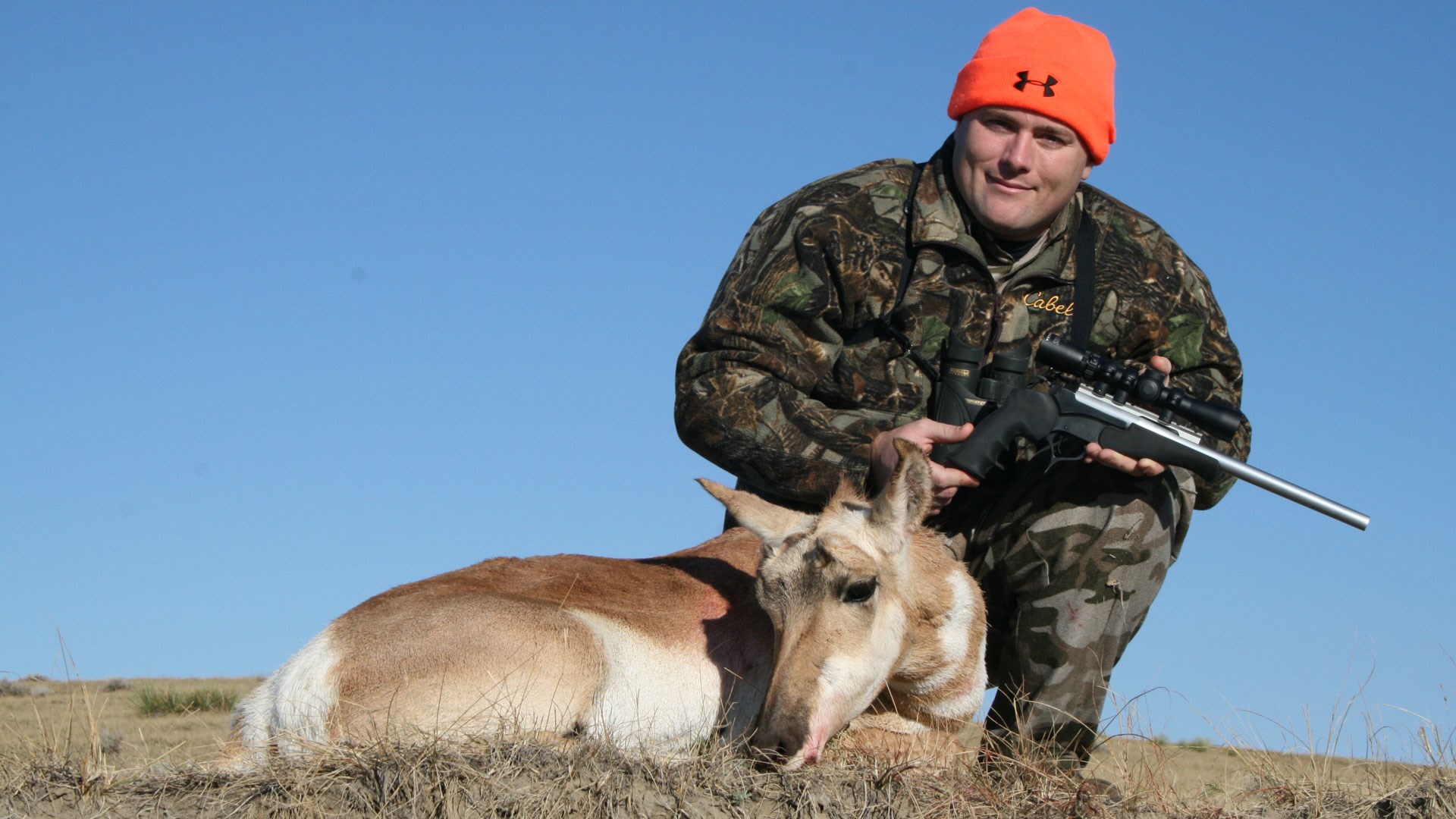 As for ammunition, you’ll need to handload. That’s no problem, as assembling ammunition using fireformed brass is straight-forward, and trustworthy load data from reputable sources is available. Among the best is that from the Sierra manual referenced earlier. Reloading dies can be had from multiple suppliers. Mine came from RCBS. Bullets in .25 caliber are myriad, so you’re covered for all pursuits. I’ve used an assortment ranging from the Nosler 85-grain Ballistic Tip Varmint to Sierra’s 117-grain GameKing and all have proven satisfactory. 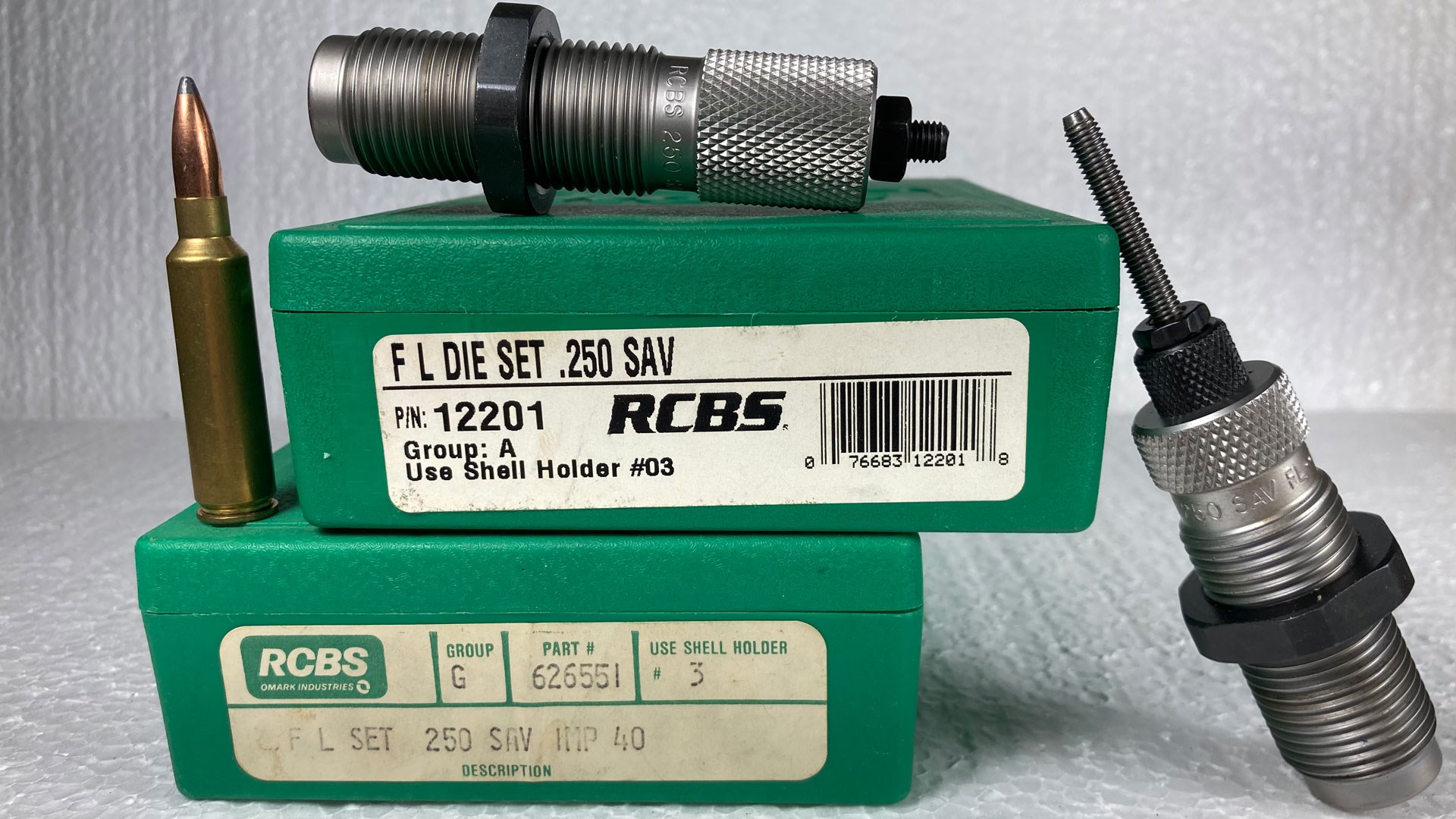 In referencing the .250-3000 Savage Improved in his book Handbook for Shooters & Reloaders, Volume I, P.O. Ackley wrote, “This is one of the best of the so called Improved cartridges. It shows a greater percentage of increase in velocity than almost any other. Being of almost ideal capacity for the .25 bore it is very efficient and flexible, and deserving of much greater popularity than it has heretofore enjoyed.” I agree.

Florida Alert! Safety of Churches Bill to be Heard in Senate Committee 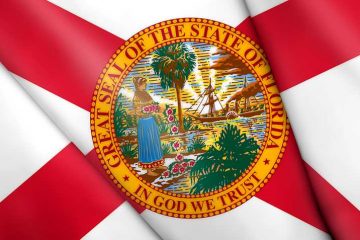