October 1, 2022 Guns In The News
Home»Commentary»Behind the Bullet: .275 Rigby
Commentary

We were glassing for whitetail deer in South Texas on a rainy December morning, when the rut is best, when we turned a hard corner in the dirt track and saw a huge, black porcine cruise missile gaining speed as it ran from right to left. “Take him now” was all my buddy and guide Jay Leyendecker had to say. I shouldered the rifle, and swung the Leupold’s crosshair through the beast’s shoulder and broke the trigger. 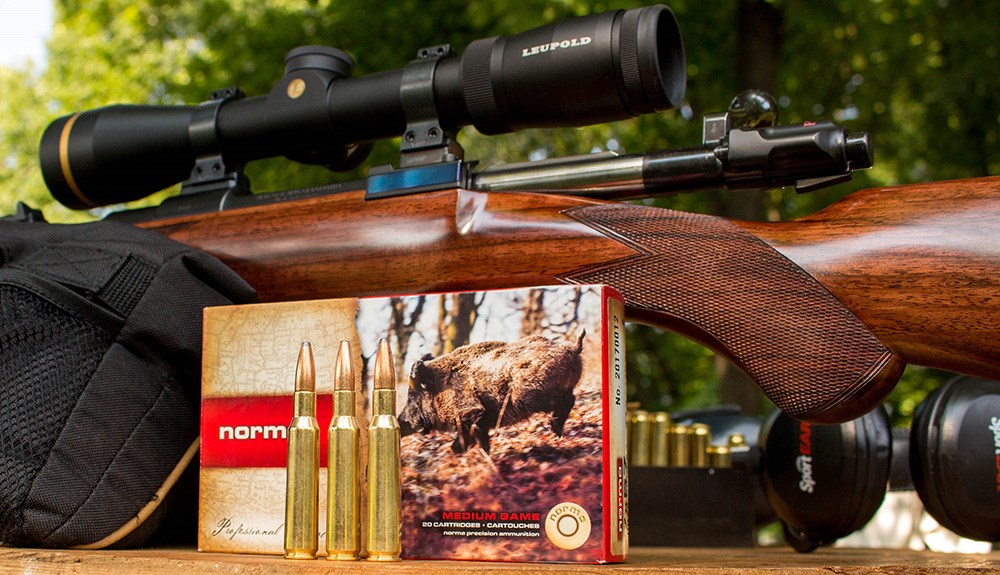 In a half-second, the boar disappeared into the menagerie of mesquite, cactus and all the other thorny things Texas has to offer. “I think you missed him brother,” Leyendecker offered, but I assured him he was incorrect. The rain was hard enough to make finding blood difficult, but as we followed him to the last place we saw him, I heard one low, muffled grunt. Smiling and pointing with my chin, Jay got that trademark grin across his entire face, and we soon stood over a jet-black mass of ham, hooves and teeth, taken neatly with a 140-grain 7mm Hornady InterLock just behind his shoulder. 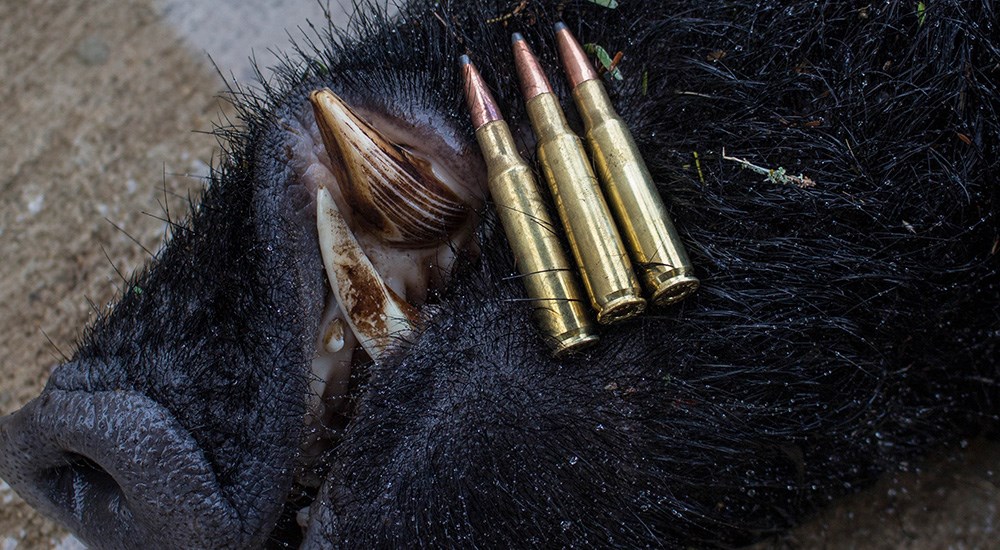 The rifle I’d brought to Texas was a Rigby Highland Stalker, as fine a deer/pig/stag rifle as you could ask for, and this accurate little beauty was chambered for the .275 Rigby (High Velocity). Just the mention of that cartridge conjures images of huge, ancient tuskers in East Africa, or man-eating tigers in the northern provinces of India, and a bygone era. And, as most folks who are well-versed in cartridge lore, it the 7x57mm Mauser just under another name. Or is it?

The answer is both yes and no, so if you are shopping for a rifle so chambered, there are a few points to be aware of. Looking at its roots, the 7x57mm Mauser was bred for war in 1892, and would go on to nearly define what a rifle cartridge should be, having a huge influence on the design of our own .30-06 Springfield, and cementing the abilities of the 7mm bore diameter. It really didn’t take long for the 7x57mm to find its way from the battlefield to the hunting field, and like the .303 British, .30-06 Springfield and 8x57mm Mauser, would earn a place in the annals of those pioneering hunters who explored Colonial Africa and India. 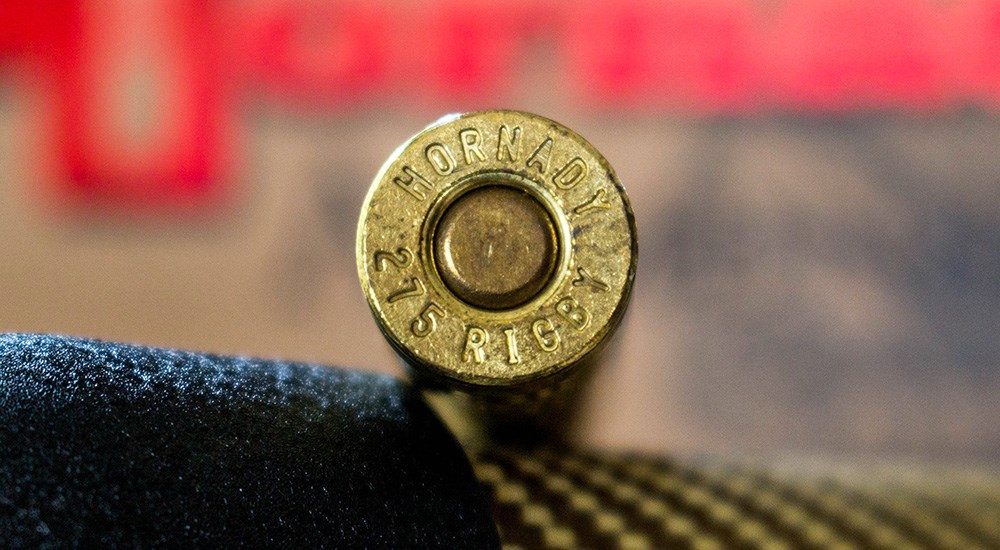 The hair-raising tales of Col. Jim Corbett’s pursuit of man-eating tigers and leopards, as well as the vivid imagery of the writing of W.D.M. ‘Karamoja’ Bell, as he chased ivory into the wildest places across Africa would have been enough to earn the 7x57mm Mauser a place in hunting history. But both of those authors referred to the cartridge as the .275 Rigby, as a result of the British renaming of the cartridge.

John Rigby & Co. of London had a business arrangement with Mauser to import barreled actions for their sporting rifles. As England used the Imperial measuring system (and to further confuse things, the firearms industry uses decimal portion of an inch) the consensus was that a cartridge so named would have more appeal among their customers than would a metric designation. So Rigby simply renamed the 7x57mm Mauser to the .275 Rigby (for the diameter of the barrel’s lands, not the .284-inch bullet diameter); the cartridges are identical in dimension, from the .473-inch-diameter rimless case head and 20-degree, 45-minute shoulder to the 2.245-inch case length. 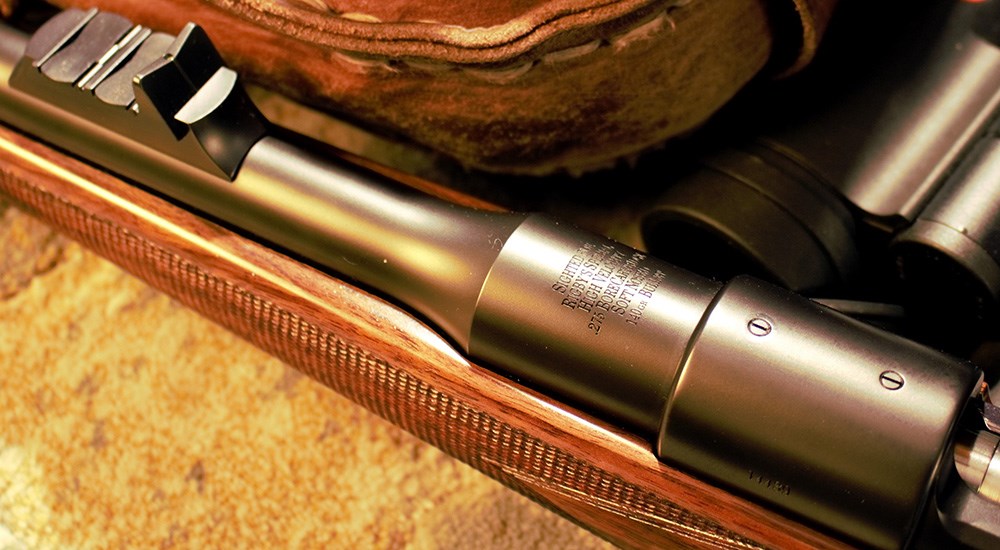 Ammunition can be interchanged between a rifle marked 7x57mm Mauser and .275 Rigby. As was the case with a good number of Mauser rifles, the best accuracy was found with the round nosed 173-grain bullets. But—and this is where the plot thickens—those hunters who spent their time stalking deer (both red deer and roe deer) in the United Kingdom really didn’t need a bullet that heavy for the native species, and wanted to have a rifle optimized for the lighter 140- and 150-grain bullets which gave a flatter trajectory. Enter the .275 Rigby H.V.—or High Velocity—variant.

The H.V. loading doesn’t use a cartridge of different dimensions, but instead achieved the goal of giving the best accuracy with lighter bullets by modifying the rifle’s throat. The 173-grain round nosed bullets need a longer throat than the concise 140- and 150-grain spitzer bullets require, so the H.V. throat was shortened to deliver the best accuracy with the lighter bullets. If you have a H.V. chamber, you will find that the 173-grain bullets won’t chamber in your rifle (or at least shouldn’t, if the chamber was cut properly). 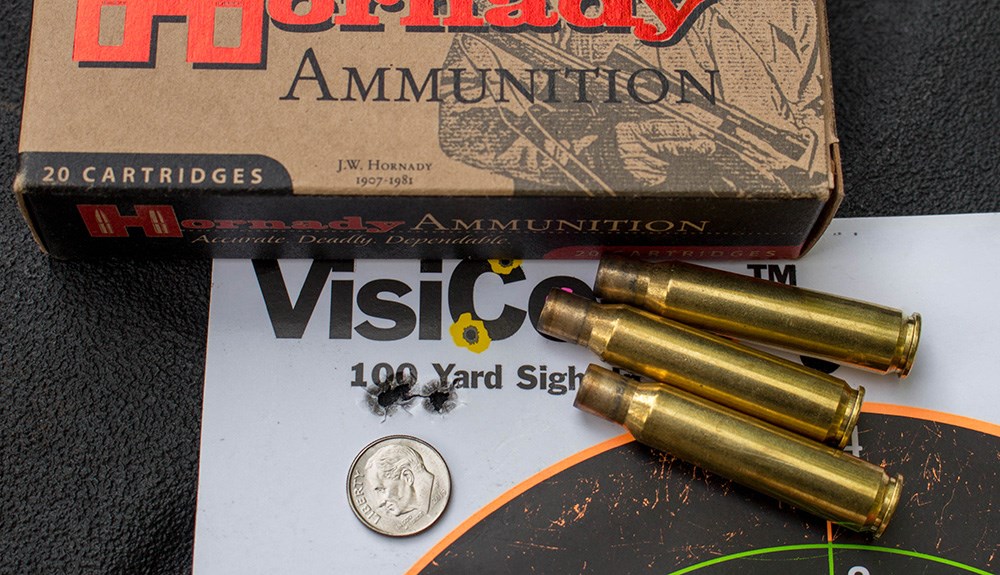 In the Rigby rifle I hunted with that season, with the H.V. chamber, I got fantastic accuracy from the 140-grain Hornady load and the 156-grain Norma Oryx load, with the former printing just over ¼-MOA and ½-MOA respectively. That Norma semi-spitzer was the heaviest bullet I could safely chamber in the Rigby rifle, precluding the use of the heaviest bullets, which many hunters really enjoy using in this cartridge.

Not all .275 Rigby chambers are of the High Velocity variant, but if you are shopping for a .275, be sure and verify which chambering it is. If you like the idea of the .275 H.V.—and as a rifle for pigs and deer there’s an awful lot to like—Hornady offers a properly headstamped load with their 140-grain InterLock and it handled that Texas boar perfectly. Recoil is very manageable, and I’ve long felt that the .275 Rigby/7mm Mauser with 140-grain bullets is a more sensible choice for young hunters than the .243 Winchester, especially if black bears are on the menu. 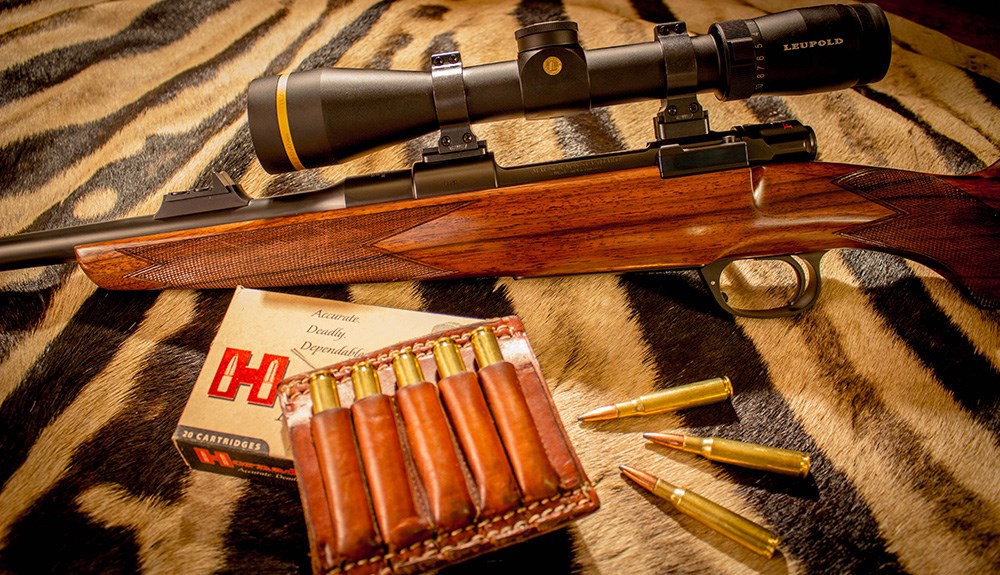 If you have the standard .275 Rigby chamber, all of the 7mm Mauser is viable choice, and you have a cartridge perfectly suited to all but the largest game animals on earth. What’s in a name? Well, in this instance there is just one minor variation, but I do have to admit that the British nomenclature sound better that the original; it just seems to roll off the tongue. However, irrespective of name, this cartridge remains a fantastic choice for the big-game hunter, and has done it all over the course of its 130-year history.