California’s new law allowing state authorities and victims of crimes to bring lawsuits against firearm retailers and manufacturers is flawed in ways that Democratic Gov. Gavin Newsom never considered. Among them might be the state’s admission that their own background check system cannot be trusted and California’s Department of Justice is failing its citizens.

The law, AB-1594, recently signed by Gov. Newsom, requires firearm manufacturers and retailers to block the sale of a gun when there is “reasonable cause to believe it is at substantial risk” of it being used illegally or harm the owner or others, according to an Associated Press report. This is a glaring admission that the California Department of Justice’s instant background checks – and the mandatory 10-day waiting periods – aren’t trustworthy and the state is foisting the responsibility of potential future criminal activity on private business instead of fixing the background check system. California is a point-of-contact state that relies on state authorities to run firearm background checks instead of the FBI’s National Instant Criminal Background Check System (NICS).

The law is problematic from the beginning. It attempts to burden firearm manufacturers and retailers for claims of damages caused by remote third parties when they criminally misuse a firearm. California’s law turns any basic understanding of tort law on its head. Professor Jonathan Turley, the Shapiro Professor of Public Interest Law at George Washington University, once described these public nuisance lawsuits against gun manufacturers over the criminal misuse of a firearm as, “absurd.”

“Product liability and tort actions against manufacturers have uniformly and correctly been rejected by the courts,” Turley wrote in an op-ed published in The Hill. “Guns are lawful products, and holding companies liable for later misuse of such products is absurd. You might as well sue an axe manufacturer for the Lizzy Borden murders.”

That’s also why California’s new law allowing these lawsuits also has a steep climb of overcoming the Protection of Lawful Commerce in Arms Act (PLCAA), which codified basic tort law. Legal Professor Victor Schwartz, who literally wrote the textbook on tort law, former law professor and law school dean and the current co-chairman of the Public Policy Group of the law firm Shook, Hardy & Bacon, explained the PLCAA. He wrote, “The PLCAA remains a commonsense law that protects against unsound attempts to change radically a fundamental liability law principle.”

Now, California’s progressive anti-gun governor, attorney general and legislature are going to have to clear that legal mountain with the weight of the admission that the state’s own background check system is worthless. If the state’s background check were working properly, there would be no need to put the responsibility on firearm retailers and manufacturers to know if an individual could potentially commit a crime. That’s why they run the background check with the state to find out of they’ve been prohibited in the past from possessing a firearm.

Of course, what this law is actually intended to do is run firearm manufacturers and retailers out of business, even if it means burning down their own law enforcement institutions to do it. They’ll do it through “death by a thousand cuts” made infamous by disgraced Democratic former N.Y. Gov. Andrew Cuomo when he was Housing and Urban Development Secretary in the Clinton administration. The other way is through sheer intimidation that the state government would sail them down the river of lawsuit-after-lawsuit of bogus allegations. Sadly, in California this now includes a firearm retailer’s inability to predict potential criminal activity of others.

Gov. Newsom doesn’t concern himself with the actual criminals in his Constitutionally-questionable public nuisance law. He doesn’t seem to care that law indicts the state’s own Justice Department as failing in their job to run an effective background check system. Gov. Newsom would hold firearm industry members accountable instead of rogue district attorneys to turn criminals back onto the streets. If the state’s background check system isn’t stopping criminals, he should levy resources to fix it. This law isn’t intended to address any of that.

Gov. Newsom only wants this law to harass a Constitutionally-protected industry for an antigun political agenda. That fact he’s disparaging his own Justice Department to achieve it is revealing. 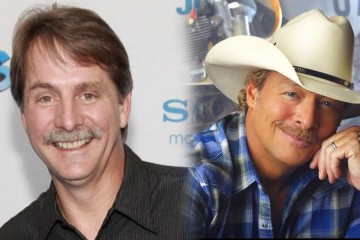