June 30, 2022 Guns In The News
Home»Commentary»Competitive versus Defensive Shooting: Which Is Better?
Commentary

The battle rages on between shooting for sport versus shooting for self-defense. Having served as a full-time U.S. federal agency employee in the defense intelligence community, a sworn deputy and on staff at Gunsite Academy for more than two decades, it’s been my observation of thousands of shooters throughout the defensive shooting community for a span of nearly four decades, that dyed-in-the-wool defensive shooters who do not compete raise their noses at so-called gamers. Conversely, competition shooters smirk at those defensive shooters who perform at lower skill levels.

On the defensive shooter side of the fence, whether you have a military, law enforcement or federal background as a gun carrier, you have no choice but to pass an agency or departmental firearms qualification – if you want to keep your job. In other words, there is a shooting performance standard that must be met for that agency for you to be qualified to carry a gun for food. 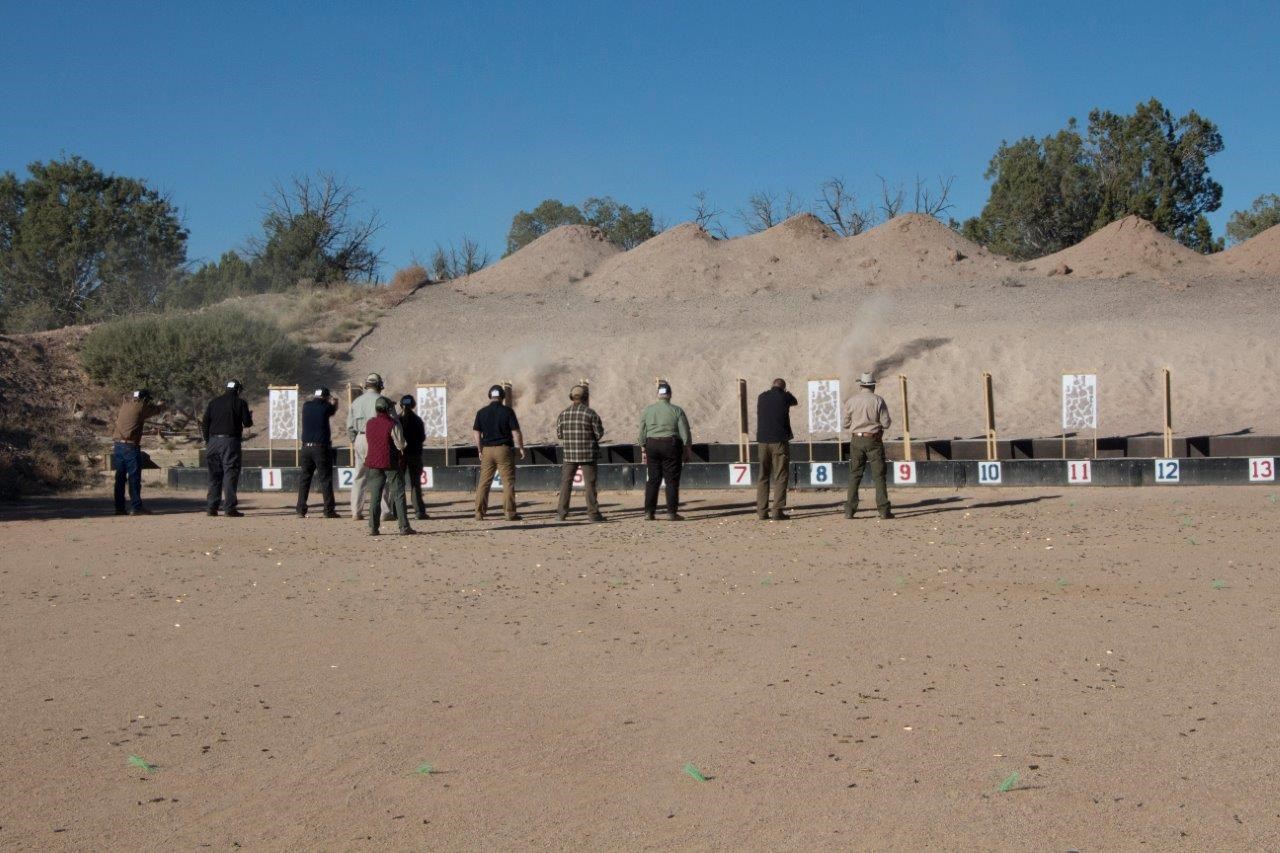 A typical qualification (qual) requires you to shoot specified strings of fire within a specified time limit for score. Each agency or department sets their own minimum and maximum qual scores. To keep the math simple, let’s  set a maximum of 100 points and a minimum of 75 points. If you want to stay employed, then you must score at least a 75 on your qualification. At the opposite end of the scoring spectrum, the greatest number of points you can attain is 100. The average agency or department does not offer any training above and beyond the ability of the shooter to achieve a maximum qualification score.

On the competition side of the fence, whether you are a professional shooter or recreational shooter, you are in competition with all other competitive shooters around the world. Competitions are held at the global, national, regional, state and local levels. There are several recognized competitive shooting organizations such as the International Practical Shooting Confederation (IPSC), the United States Practical Shooting Association (USPSA), the International Defensive Pistol Association (IDPA) and others. Such organizations are the governing bodies of the competition shooting sports and their activities include regulation of the sport by approving firearms and equipment for various divisions, administering competition rules and education of range officials who are responsible for conducting matches safely, fairly and according to set rules.

Competitions are held with various firearms (pistol, rifle, shotgun, etc.), and competitors are divided into different divisions based on firearm and equipment features. While everyone in a division usually competes in an overall category, there are also separate awards for the categories such as Lady (female competitors), Super Junior (under 16 years), Junior (under 21 years), Senior (over 50 years) and Super Senior (over 60 years) and the like.

Like the martial arts, where you may earn and test for your black belt, most competition organizations offer what is called a ‘qualifier’ whereas members of that organization may test for rank signifying skill such as ‘Class C, Class B, Class A, Master, Grandmaster’ and the like.

Shooting sports organization membership and activities are not the only differentiator between competition and defensive shooters. In comparison you will also find a difference in gear, physical movement and tactics. 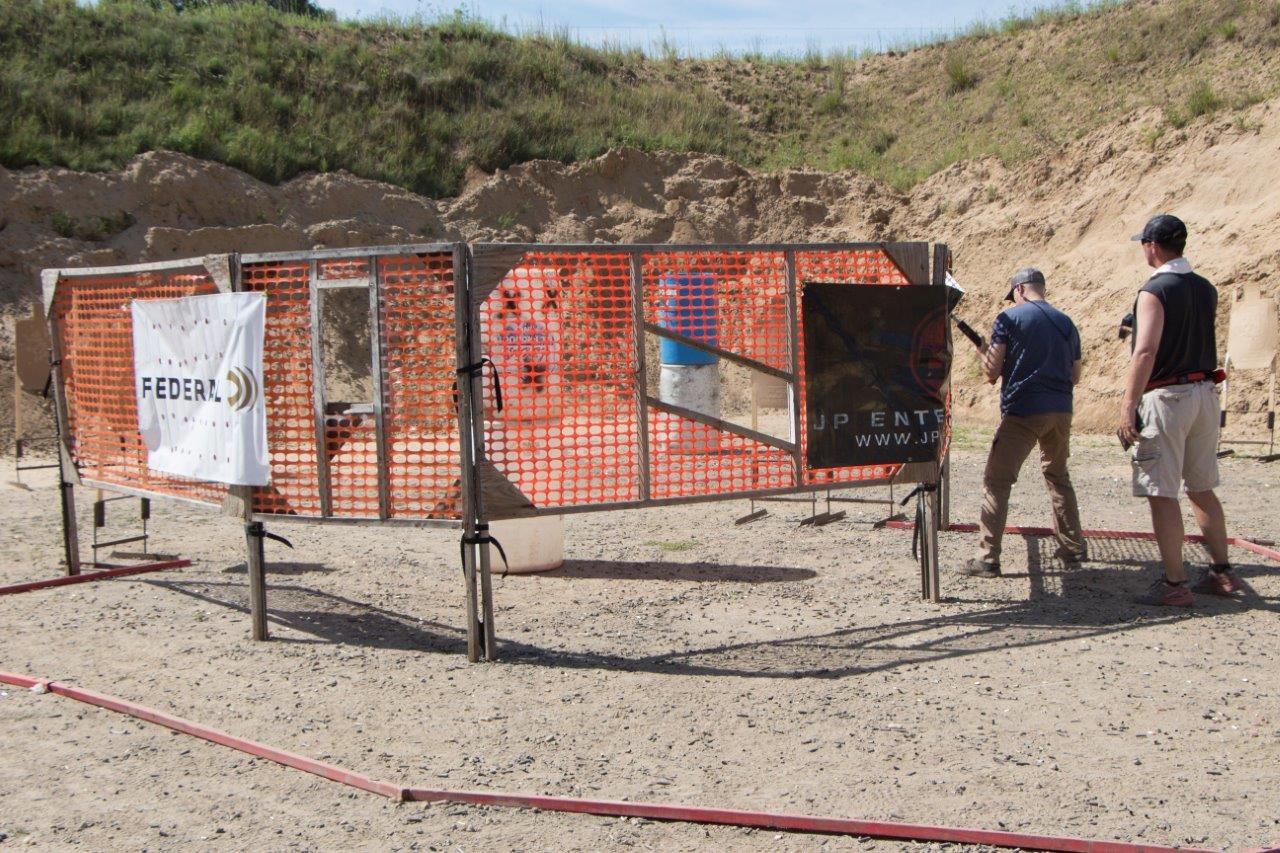 Competitive shooting equipment includes guns magazines, holsters, magazine pouches, gun belts and the like. Based on what organization and their rules ammunition must meet a certain ‘power factor’ which refers to a ranking system used to reward cartridges with more recoil. Power factor is a measure of the momentum of the bullet, which to some degree reflect the recoil impulse from the firearm onto the shooter. While power factor is usually discussed regarding competitive shooting, it can have some applications in self-defense ammo loading also. A higher power factor of ammo might be more effective in a self-defense situation than a lower power factor.

Defensive shooting equipment to include duty firearms, belts, slings, holsters, pouches and ammunition must be either issued or approved by your agency. If you are not an employee than you have a bit more leeway as a civilian defensive shooter to select your gear and ammo. The biggest gripe of defensive shooters referencing ‘gamer gear’ often includes what they call ‘space guns’ (highly modified and compensated firearms) and ‘powder puff rounds’ (low power factor ammunition).

A competitive shooter learns how to assess a shooting array (target type, position and distance set up as part of a shooting stage) and move in and out of positions (shooting boxes, fault lines and the like). In contrast, a defensive shooter learns to identify, move to and from cover and concealment employing such tactics as how to step into the ‘V’ (as opposed to leaning out behind cover), ‘cut the pie’ (versus unnecessary exposure), avoid breaking the visual plane (lines of demarcation) utilizing walls, doorways, hallways and the like.

Inclusive of such tactics, the defensive concept of ‘movement with economy of motion’ is not dissimilar from that of competition in that you want to move efficiently and to have your gun ready to shoot at or before arriving to your next position.

Performance-wise, unlike competitors who must compete against every other shooter on the planet, defensive shooters, working for an agency are limited to the skill level at which they are trained by that agency. Defensive shooters who are not, or never were, employed by an agency do not have the benefit of such training or qualification and are responsible for setting their own performance standards.

At the end of the day, when that muzzle is raised and it’s time to shoot, it boils down to shooting performance. Whether you’re a competitor or a defensive shooter, on-demand performance is commensurate with the shooter’s skill level. Performance favors the well trained. Should you choose to keep learning and growing as a shooter after hitting the performance ceiling of your agency and there’s no further skills development opportunity available, then you must seek outside training. Historically speaking this is exactly what happened to certain US Department of Defense tier one government assets.

Decades ago, it was found that competitive shooters shot better than most special military operations personnel. The question “why?” was raised by command staff and the answer was to train such personnel to shoot as well as (or better than) competitive shooters. This objective was accomplished by the US government hiring the very best competitive shooters on the planet at that time to train and help develop advanced shooting programs specific to special operations personnel. One of the qualifications to apply for a primary firearm instructor position to this very day for such groups, is on-demand performance at current Master shooter levels.

Both categories of shooters, competitive and defensive, at the higher skill levels have much to offer the other. Good enough for tier one government assets, good enough for you and me. Rather than bicker about gear, ammo and tactics, what’s the downside to drawing from the best of both worlds to make yourself a better shooter?

Tech Wisdom: How to Remove a Stuck Case