Today, the House Administration Committee voted to advance House Bill 450, to ban many commonly-owned firearms, and House Bill 451, to deprive young adults of their Second Amendment rights. The Committee allowed individuals who traveled to Dover only one minute of testimony in the hearing. When the constitutionality of these bills was brought up by witnesses, Democratic members of the Committee commented that it was time for the courts to decide. They will now go to the full House for further consideration. Please contact your state representative and ask them to OPPOSE House Bills 450 and 451.

House Bill 450 imposes a Maryland-style ban on many commonly-owned rifles, shotguns, and handguns that law-abiding citizens use for self-defense and sport. Citizens who own such firearms prior to the ban may continue to possess them, but the burden is on them to prove that they owned them prior. The state will provide the option for owners to apply for certification that banned firearms were owned prior. Banned firearms may only be transferred to direct family members or bequeathed to heirs. They also may only be possessed at, or transported to and from, certain locations, such the owner’s residence, shooting ranges, private property with the property owner’s permission, or licensed firearm dealers.

House Bill 451 discriminates against adults aged 18-20 by prohibiting them from purchasing, owning, possessing, or controlling any firearm or ammunition other than shotguns and shotgun ammunition, unless they have a Concealed Deadly Weapon Permit. This violates the Second Amendment rights of those who are legally adults and are deemed old enough to vote, serve on a jury, enter into binding contracts, get married, and enlist in the military, unless they first pay fees to the government and go through red tape to get their rights back.

Again, please contact your state representative and ask them to OPPOSE House Bills 450 and 451. 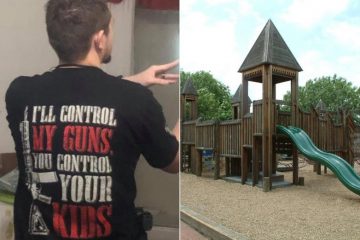