Throughout the 20th century, various nations in Europe tightened their controls on guns owned by law-abiding citizens. In many cases, the new controls amounted to bans on entire classes of firearms, licensing and registration requirements for the few firearms that could be owned, rules on storing guns and ammunition, and bans on possessing the guns in public for self-defense, whether said guns were carried openly or concealed.

Britain proved to be a microcosm of this gun control beginning shortly after World War I, when steps were taken to curtail and control the private ownership of firearms.

In 1920, Britain adopted the Firearms Act. As with gun control in the United States, the Firearms Act was an emotionally driven political expediency passed to alleviate fear that weapons from recent battlefields would flood the streets of cities and increase crime. Instead of considering the fact that criminals commit crime with or without battlefield weapons—and law-abiding citizens follow the law without or without battlefield weapons—the British ruling class chose to ban the weapons as a way to ban crime.

The ruling class focused on weapons “designed for the discharge of noxious liquids,” but took the opportunity to pass gun controls that went far behind such weapons as well. For example, they set licensing requirements for gun owners via the issuance of a “firearm certificate [which] shall be granted by the chief officer of police of the district in which the applicate for the certificate resides.” Besides showing that an applicant had the Crown’s permission to own a gun, the certificates showed “the nature and number of firearms” that the holder of the certificate could possess. The certificate also showed how much ammunition the certificate holder could own.

So gun control upon gun control was passed in Britain throughout the 20th century, yet the second decade of the 21st century has witnessed a rise in terrorists who are not dissuaded by gun control laws.Again, this was in 1920, and gun control only became more stringent moving forward. For example, British Parliament passed the Firearms and Imitation Firearms Bill in 1933, making the possession of a replica gun punishable on par with possession of a real one, unless the replica’s owner could demonstrate a lawful reason for ownership.

Then came the Firearms Act of 1937, followed by World War II and more gun control in the post-war world, which finally culminated in handguns beings virtually banned in the 1990s.

A watershed moment occurred on March 13, 1996, when Thomas Hamilton walked into an elementary school in Dunblane, Scotland, and shot and killed “16 small children … and their teacher in the gym before killing himself.” That attacker complied with all gun controls in obtaining his firearms; he possessed licenses for six guns. But the impotency of gun control did not matter to proponents hungry for more laws, and by October 1996 the BBC could report that “almost all handguns” would be banned in response to the Dublin attack. The Firearms Act of 1997 was passed to implement the ban.

So gun control upon gun control was passed in Britain throughout the 20th century, yet the second decade of the 21st century has witnessed a rise in terrorists who are not dissuaded by gun control laws. And as the world saw just last week, terrorists do not even have to use guns when carrying out a personal attack; they can make due with vans and large hunting knives.

It should be noted that France has gun controls that are very similar to those in Britain, and the world has seen terrorists simply opt for other means of attack there too. On July 14, 2016, a terrorist in a large truck drove over people celebrating Bastille Day, killing 84. Although the truck was the terrorist’s chief means of attack, The Guardian reported he had a pistol with him as well.

Firearm-based terror attacks shook Paris in 2015. Twelve innocents were killed in the Jan. 7, 2015, attack on Charlie Hebdo headquarters, and 130 were killed during the Nov. 13, 2015, concert attack.

Although gun control fails to stop terrorists, there is one thing it certainly accomplishes—it leaves people defenseless when attacks occur. The world saw this last week in London, when patrons in a Borough Market restaurant were left with no option but to throw their drink glasses and bar stools at the knife-wielding attackers.

AWR Hawkins is the Second Amendment columnist for Breitbart News and host of “Bullets with AWR Hawkins,” a Breitbart News podcast. He is also the political analyst for Armed American Radio. Follow him on Twitter: @AWRHawkins. Reach him directly at [email protected].

York Daily Record: Sinking To An All-Time Low In Journalism 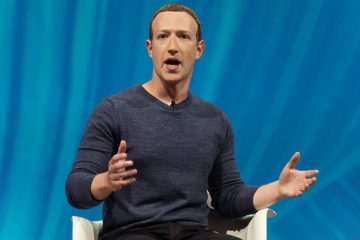