This article appeared originally in the July 2004 issue of American Rifleman. To subscribe to the magazine, visit the NRA membership page here and select American Rifleman as your member magazine.

The M1A—the best known of the commercial semi-automatic-only M14 service rifle counterparts—has been produced by Springfield, Inc., for 30 years following the Geneseo, Ill., company’s purchase of the design from its Divine, Texas, originator. Manufactured from a precision investment casting, the M1A receiver has no provision for installation of full-automatic military parts and therefore is not subject to the restrictions imposed on civilian ownership of original M14s.

Since its acceptance for use in the service rifle class of competition by both the DCM and the NRA in 1974, the .308-Win.-cal. M1A and, to a lesser degree, other such M14 clones have risen from obscurity to ubiquity in the hands and minds of shooters ranging from Vietnam vets to ranchers to highpower rifle competitors. So armed, the latter were a force to be reckoned with on the firing lines at the Camp Perry, Ohio, National Matches during a two-decade period that finally gave way to the current era dominated by .223-Rem.-cal. AR-style service and “space” guns.

With today’s U.S. military rediscovering the virtues of power and durability offered by the original M14 design, the commercial M1A has enjoyed a resurgence of interest among shooters, collectors, law enforcement and others seeking a robust, heavy-hitting, easy to shoot self-loading battle-type rifle. Increasing scarcity of original M14 parts has caused manufacturers of the semi-auto clones to turn more and more to commercially made components, and original G.I. parts have begun to command premium prices on the aftermarket. 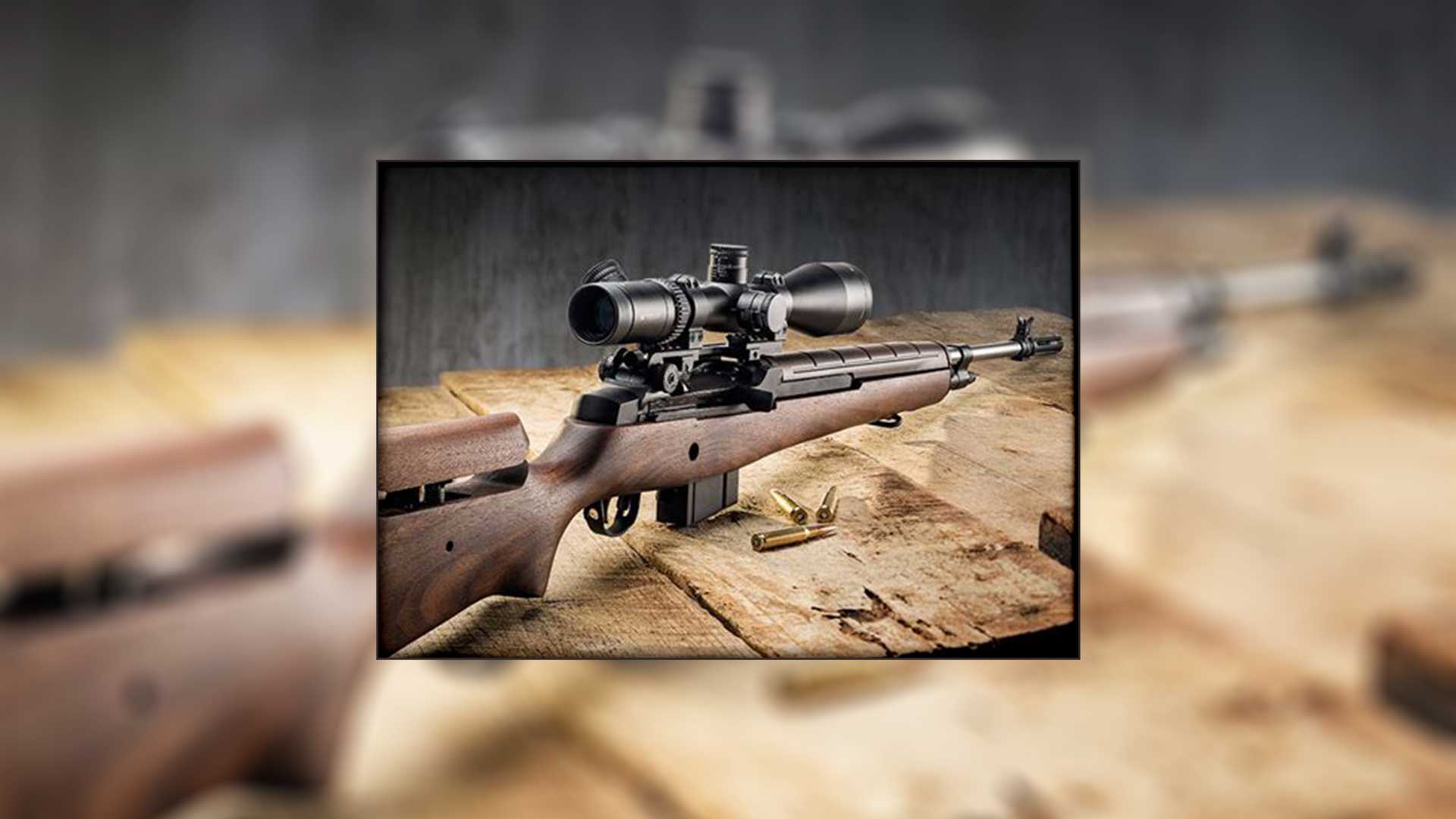 Today, the M1A is available from the factory in more variations than ever, including Standard models, abbreviated SOCOM 16 and Scout Squad versions, National Match and Super Match guns, and high-dollar scope-mounted M21 and M25 Tactical rifles capable of sub-m.o.a. accuracy. Factory options range from match-tuned and adjustable triggers to stainless steel and heavy match barrels to fiberglass stocks of U.S. military or commercial McMillan origin. And as with any military firearm clone, G.I. and commercial accessories abound.

After three decades of production, the M1A has now reached classic status, and many more examples of the tried and true rifle are likely forthcoming. After all, it is perhaps the best-ever rendition of the last of an honored breed: The wood-and-steel U.S. service rifle.

(Note: The factory suggests that disassembly, especially of glass-bedded models, be done only if absolutely necessary. Frequent unnecessary disassembly contributes to wear of the parts and leads to early unserviceability and inaccuracy.) 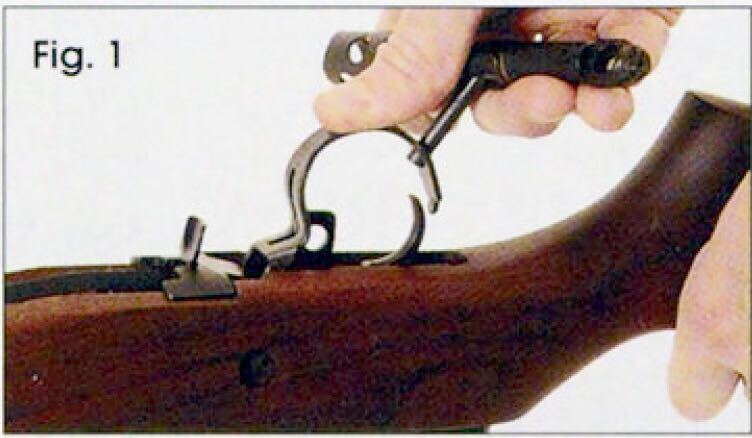 Engage the safety (53) and place the rifle, sights down, on a bench with a block under the cartridge clip guide (13) to keep the sights off the bench. Using a cleaning rod section or other tool in the trigger guard hole for leverage, pry the guard (54) back and up (Fig. 1). Pivoting the trigger guard forward frees the trigger assembly (45-58). Pull straight out to remove it. To remove the stock (44) hold the receiver down and a few firm slaps with the palm of the hand on the comb of the stock will separate it from the barrel action. 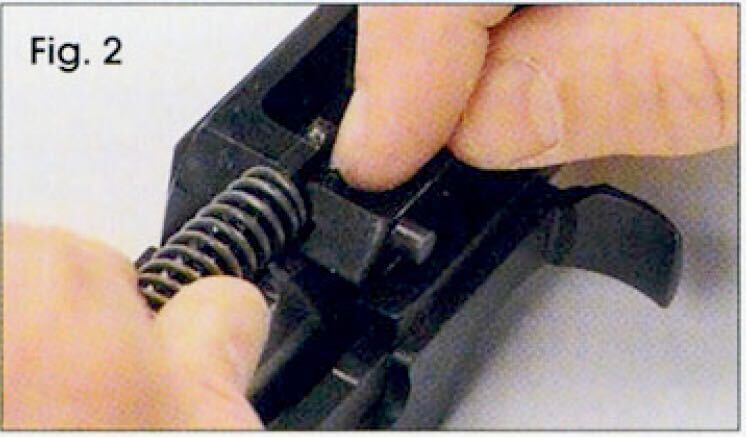 Grasp the roller guide on the bolt (3) and move it forward, simultaneously turning the bolt upward and outward with a slight clockwise rotation (Fig. 3). The motion required is tricky but quickly learned and, if performed properly, requires little force. With the combination tool or a 3/8” wrench remove the gas cylinder plug (29). 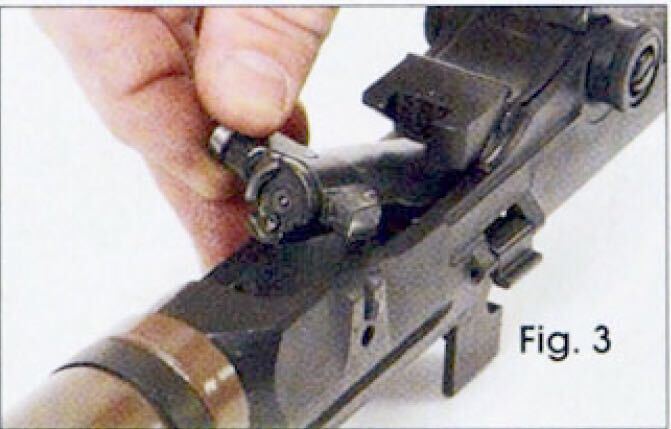 Tilt the rifle muzzle down and allow the gas piston (27) to slide out into your hand. Unscrew the gas cylinder lock (28) and slide it, the gas cylinder (23) and the front band (22) forward, exposing the gas port. Slide the handguard (59) toward the muzzle until it is free of the grooves in the barrel. The M1A is now fully field stripped for all normal maintenance requirements. 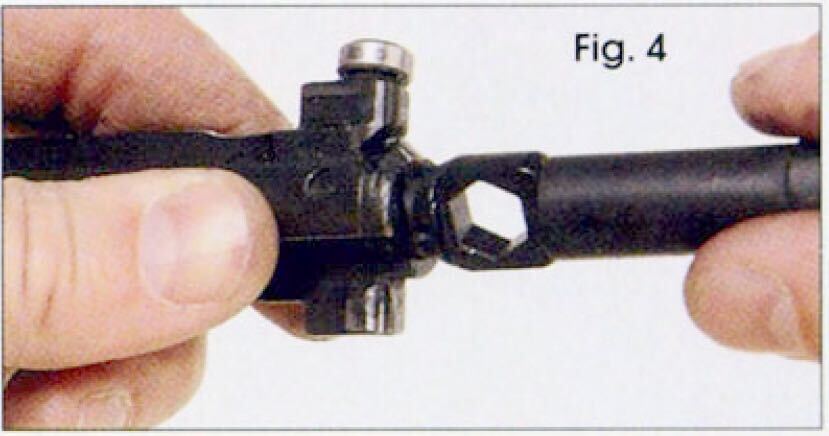 Reassembly is accomplished in the reverse order. When reassembling the bolt, insert the firing pin, ejector and spring, extractor plunger and spring. With the combination tool against a solid surface, press the ejector into place while simultaneously pressing the extractor down into its place.

Also, the gas piston must be positioned with the flat on the tang toward the barrel to slide into place. 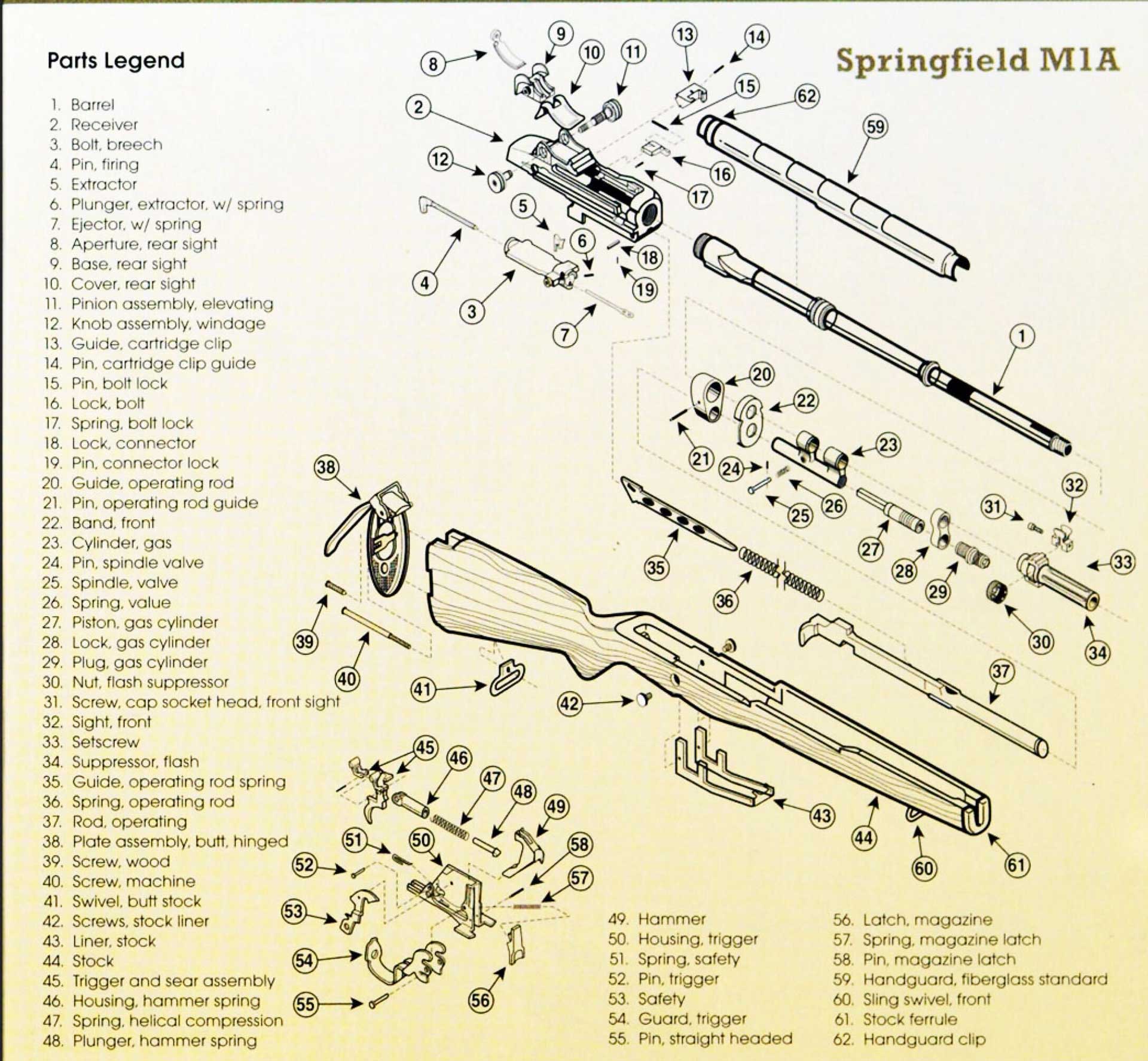 Failure Drill: A Proven Strategy to Stop an Attacker