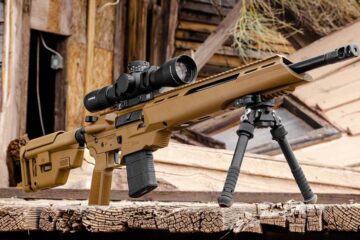 The violence behind gun control shows through once again, as a grieving father of a shooting victims gets nasty with a Pro-2nd Amendment lawmaker who has refused to give into pressure to pass gun control legislation.

A State Senator in Virginia has gone public with concerns for his safety after receiving bizarre threats from Andy Parker, the prominent gun control advocate and father of slain TV reporter Alison Parker.

State Senator Bill Stanley called the Capitol Police in Roanoke after receiving ‘unsettling’ threats he said likely came out of grief and anger, but have, nevertheless, “escalated to the point where it’s dangerous.”

Shortly afterwards, Stanley applied for a concealed carry weapons permit, something the gun owner and gun rights legislator said he never felt he had needed until now.

Late Tuesday, Parker sent this message to [State Senator Bill] Stanley, R-Franklin County, via Facebook: “I’m going to be your worst nightmare you little bastard.”
“I take this very seriously as a threat against the safety of my family,” said Stanley, who contacted Capitol Police and the Franklin County Sheriff’s Office.

“We are proud firearms owners, but I never felt the need for a concealed carry permit until now,” he said.

Parker confirmed that he sent the message, but said the only intended threat was political.

“I don’t own a gun,” Parker said. “I have a pellet gun, that’s it. … If he thinks I’m going to be a threat to him other than a political threat, that is just mind-boggling.”

Parker sent Stanley another Facebook message after a Washington Post reporter contacted him about the alleged threat.

“Thank you again for providing me another opportunity to call you out in the press because I ‘frightened’ you,” Parker wrote. “You’re the only person I know that would try to turn me into a threatening bad guy. I love it.”

The state’s governor, Terry McAuliffe, who has thrown his weight behind gun control legislation, lashed out at Sen. Stanley for taking the threat seriously. Gov. McAuliffe has combined force with Andy Parker and former Mayor Michael Bloomberg to use the shocking deaths of reporter Allison Parker and cameraman Adam Ward, among others, to advance gun control:

McAuliffe characterized the message, which Parker said was a political threat, as ill-advised, but he suggested Stanley was blowing the issue out of proportion and knew Parker did not intend physical harm.

“Come on, Bill, you’re tougher than that,” McAuliffe said during his radio appearance. “Man up. Come on. This is ridiculous.”

But that wasn’t the end of the threats that Stanley received. He received a message on Facebook from Andy Parker that went further:

“You’re finest moment you little coward. [sic] You didn’t even have the decency to reach out and offer a lame condolence after my daughter Alison Bailey was murdered in your district. When you see me again, you best walk the other way lest I beat your little ass with my bare hands.” Andy Parker took credit for the messages and confirm that they were his, before accusing Stanley of playing for political points:

“It is legitimate. I am going to be his worst nightmare,” Parker said. “He and Parrish are both little cowards. Anything I say to him and post on his website, I will take full credit for.”

“He’s not freaked out. He’s trying to flip the conversation,” Parker said. “If I wanted to threaten him personally, the last thing I would do is post it on his Facebook page.”

State Senator Stanley feels that Parker singled him out as a target of blame for the tragic events of his daughter’s death:

“From the very beginning, he turned on me as if I had something to do with the horrible death of his daughter,” Stanley said. “It’s not rational, but nevertheless, when I was asked about it, I said, ‘Let him grieve. If I have to be the object as he works through this, fine.’ But this goes beyond the pale.”

Parker issued an apologya, before vowing to continue his gun control efforts, as well as those to oppose Stanley personally:

“In my grief over the murder of my daughter and my anger over a political system that allows incidents like that to continue, I spoke regrettably,” Parker said. “I apologize for my words, but make no mistake, I will continue to seek justice and change as a father in memory of my daughter.”

Michael Bloomberg’s Every Town for Gun Safety is spending a reported $2.2 million to air ads for gun control that feature Andy Parker.

Ironically, given his gun control stance, Andy Parker publicly stated his intentions to buy a gun for personal protect after the murder of his daughter, before reportedly changing his mind.

Andy Parker has become a controversial figure, after the sensational and tragic murder of his daughter and a cameraman who were shot during a television interview by what is supposedly a disgruntled former station employee, Vester Lee Flanagan. Conspiracy theorists have centered around claims that the event was staged, and that Parker is a crisis actor. Oddly enough, Parker is a former professional actor who appeared on TV during decades past. The victim’s father made statements about being sent “semithreatening messages” by people on the Internet.

“I started getting YouTube notifications of these people saying just ugly, crazy stuff, that the whole thing was a hoax, it was made up, and we were crisis actors,” he said. “I’ve had some weird, semithreatening [messages].” But “I didn’t feel it was necessary to call the state police, and cry to the state police and go out and get a concealed weapons permit.” (source)