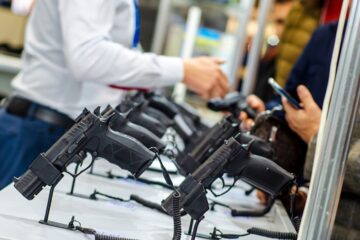 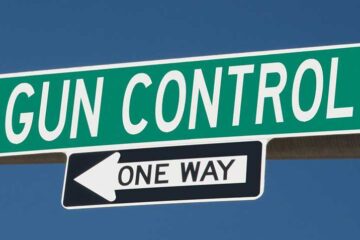 Cheaperthandirt – There are times when you don’t notice a shift in the paradigm, but with the new Glock G17 and G19 Gen4 MOS (Modular Optic System) pistols the move is obvious and clear.
Conceal carry pistols equipped with optics are the next stage in the evolution of defensive pistols. The G19 has always been a good conceal carry option, with the Leupold Delta Point reflex sight mounted on the G19 Gen4 MOS it is an excellent defense option.

Glock has taken its most popular models, the full-size G17 Gen4 and compact G19 Gen4, and created MOS variants. The MOS variants that feature a small cover plate just forward of the rear sight. After removing the plate and replacing it with a mounting adaptor the user can mount a reflex red dot sight such as the popular models from Trijicon, Leupold, Meopta, C-More, Docter, and Insight. What this means is, a shooter can acquire a target faster and shoot with more accuracy while doing it with a pistol meant for personal protection. Red dots are not just for competition shooting and hunting any more.

Glock introduced the MOS (Modular Optic System) variants a few years ago. The G34, G35 and G41 Gen4 received the MOS treatment making them easier to equip with a red dot sight for competition shooting. Glock did the same for the 10mm G40 Gen4 MOS. The addition of an optic increases the shooter’s effective range. Mounting a reflex red dot sights increases the speed and aiming accuracy over traditional iron sights—well, plastic sights in the case of Glock. With a red dot, all a shooter needs to do is focus on the red dot and place it on the target. Traditional sights have three planes—rear sight, front sight, and target—that need to be aligned for accurate shooting. Adding a red dot simply seems to be the natural progression for conceal carry pistols.

I recently—before the 2016 SHOT Show—had the opportunity to test a G17 Gen4 MOS and G19 Gen4 MOS. I mounted a Leupold Delta Point to them. At the range, I found I was more accurate and faster on target when compared to the same guns using only iron sights. Drawing the G17 and G19 from concealed cover, I experienced a bit of a learning curve. Make sure your concealing garment is out of the way. The optic is obvously higher and could potentially snag. The new Glock Gen4 G17 and G19 in MOS variant are ushering in a new generation of optic-ready conceal carry pistols with.

The transition from iron sights to optic also requires the shooter to aim differently. In my case, I needed to slightly lower the muzzle of the pistol to acquire the red dot within the sight’s window. Within a few magazines and practice draws, I was comfortable with the optic sight and the smaller groups in the paper downrange indicated my accuracy had improved. I’ve particularly grown fond of the G19 in a DGS Arms CDC (Compact Discreet Carry) kydex appendix holster, which I modified to fit the new Glock equipped with the Delta Point. I hauled the larger G17 with Delta Point in a Fobus IWBL holster, which required no alterations.

The size of the sight does mean the optic has the potential to snag, but proper training should alleviate any fumbled draws. The battery means you need to replace it on a schedule so you are not caught with a dead battery—both are easily managed. I also used the Delta Point as an improvised handle to rack the slide. Not something I would normally do, but I want to see if the mount held and if the sight went out of zero. I had no issues. The pistol ran like you would expect Glocks to run—flawlessly.

With the G17 Gen4 MOS and G19 Gen4 MOS, Glock is redefining the conceal carry pistol, making the pistol easier and faster to aim, which is an advantage. And we all want the advantage.

Robert Sadowski has written about firearms and hunting for nearly 15 years. He is the author of four gun books, editor of three others and is a contributor to numerous gun-enthusiast magazines, including Combat Handguns, Black Guns, Tactical Weapons for Military and Police, Gun Tests, Personal and Home Defense, Gun Hunter, SHOT Business, and others. He has a personal affinity for large-caliber revolvers and the AR platform.

View all articles by Robert Sadowski