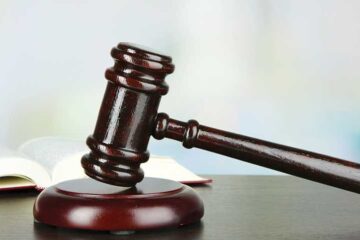 Murphy’s Slander Should Be Slammed 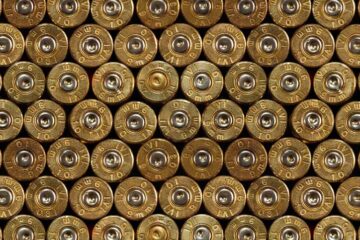 December 2, 2021 Guns In The News
Home»US News»Gun Control Logic Fails as Cop Says He Wants Parkland Anti-Gun Activists To Be Killed
US News

It was reported this week that a veteran police officer in Florida was suspended for five days after he made a comment on social media, expressing how he’d like the Parkland anti-gun activists to be run over and killed during their “die-in” protest in a Publix grocery store.

Coconut Creek Officer Brian Valenti took to Facebook over the weekend to write that he hoped “some old lady looses [sic] control of her car in that lot. Jus sayin…” The comment was made on a post about the “die-in” protest. According to reports, David Hogg, Parkland survivor and anti-gun activist, was in the photo on the post.

According to CNN, Valenti was suspended for violating rules on the personal use of social media, Coconut Creek Chief Albert “Butch” Arenal said in a news release. Arenal said Valenti showed “poor judgment.” Hogg on Tuesday called for the officer to apologize on social media.

On Tuesday, Valenti publicly apologized and the police union issued a statement backing him up. “Officer Valenti is accepting of the suspension and is not going to fight it,” said Rod Skirvin, vice president of the Broward County Police Benevolent Association. “He wishes to extend an apology to the Hogg family and any family that was offended by his comment. He realizes his comments were insensitive and deeply regrets what he has done.”

The only reason this officer “regrets” his comments is because he received a five-day suspension for them. Had he not been caught wishing ill will to the Parkland survivors, no one would’ve ever known any difference.

While it is certainly fine to disagree with the stance of these kids advocating for your right to self-defense to be stripped away, calling for them to be killed crosses a line.

One would expect police officers to be held to a higher standard and not make comments hoping for their political opponents to be run over. However, the fact of the matter is that police officers are human, just like the rest of us.

Within the ranks of police departments across the United States, we’ve seen instances of police chiefs being KKK members, calling black people monkeys while advocating their slaughter, advocating for the execution of black people, and sexually abusing people at an exceedingly high rate.

Yet the police, whose bad cops are constantly exposed for raping, murdering, and racism, are the only ones David Hogg et al. want to have guns. By the Parkland anti-gun activists’ logic, the cop that advocated killing them—should be the only person with a gun.

The disconnect from reality couldn’t be any more overt. Those who advocate for the citizens to be disarmed are often times the most critical of government, namely the president and police for being racist and deadly.

How, exactly, they rationalize disarming the citizens and having only police—who kill far more people than gun owners—to be the sole possessors of guns, is a mystery.

Until logic and reason are brought to the forefront of the conversation, the paradoxical and deadly police state will continue to expand. Our rights will be stripped, our freedoms stomped on, and all of it carried out under the guise of democracy.

Article posted with permission from The Free Thought Project. Article by Matt Agorist.

New York Times: We Only Help Cause School Shootings To Push Gun Control