There’s a part of me that almost wishes these criminals would come on out with their own guns so we would be justified in putting them down once and for all and stopping this little two-step they are doing in their attack on the Constitution and the rights of the people.  The other part of me knows that it will not be pretty and I don’t desire to see it.  However, the National Rifle Association is now catching it as New York Attorney General Letitia James is going after them for enriching their higher ups with charitable donations.

Zero Hedge has the story:

Lawsuits a "baseless, premeditated attack on our organization" and the Constitutional right to keep and bear arms, responds @NRA.

Update (1235ET): Just as we anticipated…Trump has spoken out to slam the lawsuit as “a terrible thing”.

Update (1140ET): James is starting off the hearing by detailing a state lawsuit against the NRA and seeking the dissolution of the pro-second amendment organization, one of several subjects she was expected to address today.

James alleges the organization violated non-profit laws by diverting “millions of dollars away from the charitable mission of the organization for personal use by senior leadership,” who awarded contracts that benefited friends and family. That would be a slam-dunk if she were going after politicians. But at a non-profit, things are more blurry.

BBG published an update on the lawsuit almost immediately, suggesting that the financial news organization – owned by a former mayor of NYC – had the story under embargo ahead of time. Here’s a snippet from their reporting, which accuses NRA of “massive fraud”.

New York is seeking to dissolve the National Rifle Association as the state attorney general accused the gun rights group and four senior officials of engaging in a massive fraud against donors.

A sprawling lawsuit filed Thursday in state court in Manhattan alleges the NRA diverted charitable donations for years to enrich the organization’s top executives in violation of laws governing nonprofits, New York Attorney General Letitia James said in a statement. The state is also demanding millions of dollars in restitution and penalties.

The case may pose one of the biggest legal threats the NRA has faced since its founding in New York in 1871. The turmoil began with a power struggle last year between former NRA president Oliver North and longtime leader Wayne LaPierre, which led to allegations of self dealing. A subsequent state probe found wrongdoing blamed for more than $64 million in losses in the last three years alone, James said.

“The NRA’s influence has been so powerful that the organization went unchecked for decades while top executives funneled millions into their own pockets,” James, a Democrat, said in the statement. “The NRA is fraught with fraud and abuse.”

For those who aren’t familiar, this is the culmination of what Trump once called “an illegal investigation” by Cuomo and the AG, which stems from a power struggle that rocked the NRA last year.

The NRA must “get its act together quickly, stop the internal fighting, & get back to GREATNESS – FAST!” Trump tweeted at the time.

We imagine he’ll be chiming in on Twitter about this new lawsuit any minute now.

New York Attorney General Letitia James is delivering a press briefing on Thursday where it’s widely suspected that she will share “bombshell” allegations about President Trump and his finances, after subpoenaing documents from Deutsche Bank.

In recent days, stories about DB scrutinizing Trump’s former banker, and the Manhattan AG subpoenaing the bank over records pertaining to Trump, have stoked suspicions that something “big” might be coming.

Will this briefing live up to the hype? We’re about to find out.

Yeah, I think we are, but honestly, the NRA has a lot of explaining to do to its supporters concerning how it used the money it was entrusted with, and they do have quite a history of selling out those they are supposed to represent.

Whose Side Is the NRA Really On?

However, there is no doubt that New York has set its sights on the NRA in an attempt to dismantle it as one of the first in a long line of Second Amendment organizations.

Bloomberg-Backed Group to Pour Millions into Races in Key States 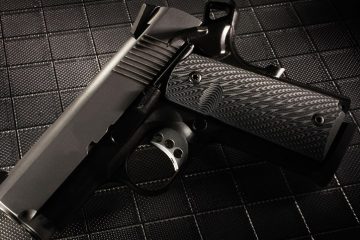