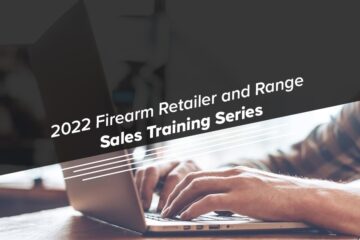 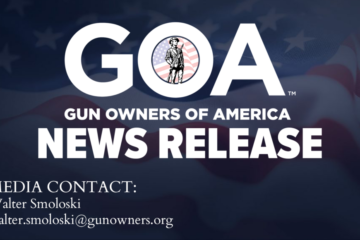 First thing, right off the bat, let’s make sure we’re clear: If you are able, carry the most powerful handgun you can shoot well. Ideally, that will be something in a centerfire caliber suitable for self-defense, whether that be 9 mm, .38 Spl., .45 ACP, etc. For some people, though, whether it has to do with limited hand strength, severe aversion to recoil or other reasons, a .22 LR is the most they are comfortable handling. For that select group, though, the time has never been better.

For starters, defense-oriented .22 LR ammunition has been improving significantly. Winchester recently added a 37-grain Silver Tip to its defensive offerings, Federal Premium has a 29-grain variant in its excellent Punch line up and CCI has had Stingers and Mini-Mag .22 LR for a while. While these rounds won’t offer the same stopping power as a major, centerfire round, they’re far better suited for self-defense than what has come before them in the rimfire world.

Also, all five of the pistols we’re selected today have centerfire analogs. Even if you choose to stick with a centerfire pistol, having a .22 LR version allows for all of the same mechanics in practice, with reduced recoil being the only difference. Well, and you’ll save money, too. Working on your drawstroke, presentation and first-shot accuracy can be repeated many more times with a rimfire handgun than a centerfire one for the same money, with all but the actual bang being the same.

With all that said, here are five rimfire handguns for consideration. There’s one obvious offering that’s not listed, the Glock G44, and there’s a good reason for that—we’ve already run an episode of “I Carry” on that very pistol.

FN’s entry in the rimfire world is a stand-in for the company’s excellent FN509 full-size and compact line of striker-fired, polymer-frame pistols. While the FN502 is hammer-fired, it keeps the ergonomics, trigger feel and ambidextrous controls from the 509, as well as the optics-mounting system and suppressor-height sights. The Tactical model comes with a threaded barrel for even more utility. The FN502 is 7.6 inches long, has a 4.6-inch barrel and weighs 23.7 ounces. Both a 10-round flush-fit magazine and an extended 15-round version come with the FN502, and it is designed to work with most 509 Tactical holsters.

Introduced as an inexpensive rimfire pistol with greater-than-average capacity, the KelTec P17 became a rimfire stand-in for the P15 released in 2022. Lightweight and affordable, the P17 also boasts a generous 16-round magazine capacity (17 rounds total, hence the model name), accessory rail on the dustcover and comes with three magazines, all for less than $200. The P17 is 6.7 inches long, 5.3 inches tall, has a 3.8-inch barrel and weighs a mere 11.2 ounces. It even comes with a threaded barrel for quieter plinking. Whether it’s for a rimfire understudy, an inexpensive plinker or even self-defense, the KelTec P17 offers plenty of value.

While Ruger’s eminently concealable and lightweight LCP II LiteRack semi-auto would be a natural fit for this list as a rimfire version of the .380 ACP model, we’ve chosen the LCR22 to have a revolver offering in the mix. With eight-round capacity, double-action-only operation and fixed sights, the LCR22 is a great idea as an excellent training pistol for anyone who carries one of the centerfire LCRs. It’s the same size as the centerfire models—6.5 inches long, 1.87-inch barrel and 14.9-ounce weight—and fits all LCR holsters. The double-action-only trigger offers a quick solution should a round fail to ignite, as all that’s needed is another pull of the trigger to solve the problem.

SIG Sauer’s new-for-2022 P322 rimfire pistol carries the most rounds of all the offerings on this list with 20+1 rounds. While the P322 is obviously designed to look like the P320, it won’t fit in any holsters designed for the P320, requiring a pistol-specific model. Ambidextrous controls include the slide catch and safety, while the magazine release is reversible. A slide cut for RMSc-footprint optics sits atop the slide and complement the fiber-optic front and rear sights. Like most of the pistols on this list, the P322 comes with an accessory rail and a threaded barrel.

Rounding out our round-up is Smith & Wesson’s M&P22 Compact, obviously designed to mimic the M&P centerfire pistols of the same size designation. With a 6.65-inch length, 3.6-inch, threaded barrel and 15.3-ounce weight, the M&P22 Compact is quite close to the centerfire version, although holster fit may not be the same. Ten-round magazines come standard with the pistol, there’s an accessory rail for lights and/or lasers and a manual thumb safety is standard. Whether you want a rimfire gun for defense, plinking or just for less expensive training, Smith & Wesson’s M&P22 Compact is definitely worth consideration.