May 20, 2022 Guns In The News
Home»US News»Major Civil Rights Attorney Warns: Police Are Carrying Out Warrantless Home Invasions in Order To Seize Guns as Part of ‘Community Caretaking’ Duties
US News

WASHINGTON, D.C. — The Rutherford Institute has issued a warning over police attempting to carry out warrantless home invasions in order to seize lawfully-owned guns under the pretext of their so-called “community caretaking” duties.  In an amicus brief filed in Caniglia v. Strom, Institute attorneys have asked the U.S. Supreme Court to reject police claims that the “community caretaking” exception to the Fourth Amendment, which allows police to conduct warrantless searches of vehicles relating to accident investigations and provide aid to “citizens who are ill or in distress,” should be expanded to allow police to enter a home without a warrant and seize lawfully-possessed firearms based on concerns that the guns might be misused.

“This case represents a blatant attempt by law enforcement to create gaping holes in the Fourth Amendment force field that is supposed to protect homeowners and their homes against warrantless invasions by the government,” said constitutional attorney John W. Whitehead, president of The Rutherford Institute and author of Battlefield America: The War on the American People

. “What we do not need is yet another slippery slope argument that allows government officials to masquerade as community caretakers under the pretext of public health and safety in order to violate the Fourth Amendment at will.”

In August 2105, Kim Caniglia of Cranston, R.I., contacted police requesting a welfare check on her 68-year-old husband Edward, whom she hadn’t spoken to since they got into an argument the night before. At one point during the argument, Edward retrieved his unloaded handgun, slammed the gun on a table dramatically, and told Kim, “Why don’t you just shoot me and get me out of my misery?” When Kim failed to reach Edward by phone the next day, she contacted the police, expressing the concern that Edward might be suicidal. When the police called Edward to check on him, and later drove to his home, they reported that Edward seemed fine, was mostly calm and told them that he would never commit suicide. Edward explained that his “just shoot me” statement was made out of frustration because he was sick of arguing with Kim. Despite Edward’s rational demeanor, police took him into custody and sent him for a psychiatric examination at a local hospital. While Edward was at the hospital, police entered his home and seized his handguns, despite having promised not to do so. Edward Caniglia sued the police, alleging that the warrantless entry into his home and seizure of his lawfully-owned firearms violated the Fourth Amendment’s prohibition on unreasonable searches and seizures.  The lower courts ruled in favor of the police, who defended their actions by claiming that the warrantless entry and seizure fell within the “community caretaking” exception to the Fourth Amendment. In calling on the U.S. Supreme Court to protect Americans against such warrantless invasions by police, The Rutherford Institute warned that extending the “community caretaking” exception to residences would allow police almost limitless discretion to invade homes under the pretext of public health and safety.

The Rutherford Institute, a nonprofit civil liberties organization, provides legal assistance at no charge to individuals whose constitutional rights have been threatened or violated and educates the public about threats to their freedoms.

After Lackluster Returns, Some Urge Democrats to Ditch Gun Control

China Joe Biden's Gun Agenda Is Neither Constitutional Nor Biblical 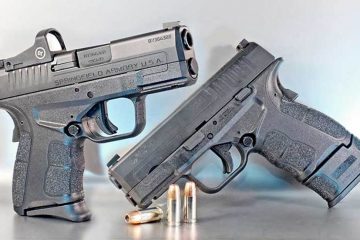