Not happy with the prospect of ordinary, law-abiding citizens having access to their Second Amendment rights outside of the home, Montgomery County, possibly the most anti-gun county in the state, and one known for being soft on actual criminals, seeks to restrict carry in any way they can. The U.S. Supreme Court affirmed that the Second Amendment applies outside the home back in June, and then Governor Larry Hogan brought Maryland into compliance when he ordered state police to go shall-issue on Wear & Carry (W&C) permits. As a result, tens of thousands of Marylanders have put in their applications for a permit.

On Monday, County Council President Gabe Albornoz introduced Bill 21-22, to remove the exemption for W&C permit holders from the county’s ban on possessing firearms “in or within 100 yards of a place of public assembly,” which includes parks and churches, banning carry in those places. There is no requirement for the county to clearly mark which of these areas are to be “gun-free zones,” which will result in confusion among law-abiding citizens. The legislation also makes no mention of whether the county intends to guarantee the safety of disarmed citizens in those places with measures, such as metal detectors or police presence. Armed criminals, who already illegally carry without any permits and illegally possess firearms in violation of state and federal laws, will likely ignore the arbitrary boundaries created by this ordinance as well.

The County Council will hear Bill 21-22 on July 26th. NRA members and Second Amendment supporters are encouraged to participate in the hearing, which is available both in person and by video conference, and/or submit testimony to oppose it. Click here to view the agenda and here to submit testimony.

Please stay tuned to www.nraila.org and your email inbox for further updates. 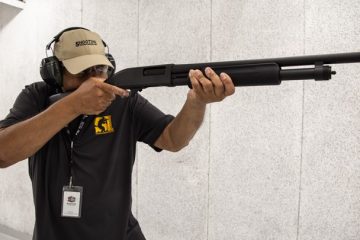