In an article entitled Virtue and Guns published by Psychology Today, the author argues that the current gun culture in America is detrimental to development of good moral character. He cites the differences of the gun culture of fifty years ago, which he claims focused mainly around hunting and target practice to one that almost exclusively revolves around training for self-defense and conceal carry tactics. The author claims that people engaged in gun training today are doing so for the exclusive purpose of learning how to kill. A thoughtful, albeit not a completely correct response, was written where David Yamane claims, and rightfully so, that some acts of violence are indeed virtuous and necessary in a violent world. He cites a recent shooting where an unarmed, would-be victim tackled an active shooter and asked why the act would be any less virtuous had the man been able to stop the shooter dead in his tracks with a gun. Certainly, fewer people would have been killed. There is a stark contrast between the way the left and right view such scenarios. This stark contrast indeed rests in the way they each value human life.

I have been in martial arts for twenty-five years. I have also trained firearms on a regular basis and work to bring the two together for the purpose of understanding the realities of gun use in a self-defense situation. One of the concepts that was taught to me was the development of killer instinct.

Before you misconstrue what I am trying to say, let me explain.

The development of killer instinct can be described as the cultivation of our inner rage for the purpose of learning self-control.

As most people know, the focus in any martial art is developing the ability to control one’s emotions. By cultivating the inner rage that resides in all of us we learn to recognize when it comes.

Training in martial arts and adding a philosophical element to the use of violence makes us question whether its use is even necessary, or in some cases, makes us avoid it altogether.

In other words, because the martial artist possesses extraordinary skill, he is, in the name of humanity, able to possess the necessary self-control it takes to either avoid violence or make the calculated decision to act.

The same is true with gun training.

Shooting, after all, can be considered a martial art.

Most people that are seriously engaged in gun culture agree that training is necessary and wish more people would take it upon themselves to do so. Not everyone does.

However, this does not make them, or the fact that they are carrying a gun for self-defense, necessarily dangerous or immoral.

In fact, there is an inherent responsibility implied on men to protect their families, and in a world where violent criminals have unfettered access to guns of all kinds, it would be immoral to not take such a precaution.

It could also be argued that expecting someone else to put their life on the line for you is also immoral.

Self-protection is an individual responsibility.

Those that do take it upon themselves to train, take it with the utmost seriousness and understanding that any mistake on their part could cost the lives of innocent people.

In fact, it has been duly noted that armed citizens that make training a part of their daily lifestyle are far less responsible for the death of innocent bystanders than police are.

People who take the training seriously are also far more aware of their surroundings, as well as the power they possess to take life.

Most people that carry, including me, also carry with them an individual medical kit and would likely work to save the life of anyone they may have had to engage in a defensive shooting.

We are not training to take a life but to stop a threat.

By developing our killer instinct, we are putting to rest the insecurities in ourselves that tend towards the escalation of violence.

A person who has adequately developed their skills as a fighter is more likely to look at walking away from a fight as the correct response.

A person carrying a firearm who has been well trained is keenly aware of developing situations around him and understands that their first responsibility at the sign of trouble may be to call or assist police in responding to situations.

We do not all think we are “Rambo.”

Finally, there is a stark difference in the way the anti-gun left, and the right see human life.

This is self-evident by their infatuation with abortion.

The left tends to promote the victim culture because they do not believe average people are capable of anything.

An armed society scares them because they are afraid of themselves and their inability to control the anger they walk around with every day.

They are OK with people being slaughtered until police arrive because deep down, they believe not in self-government and individualism, but that as a society, we need to be controlled.

The very idea of freedom itself scares them as evident by the way they are always trying to limit it.

Gun ownership in America as an inalienable right, along with the inherent right to self-preservation and the protection of those we love, can be viewed as the highest form of morality.

As John Adams said, our Constitution is made only for a moral people.

Nowhere on earth are there so many people carrying guns in public with such a low incidence of gun violence, comparatively speaking, than America.

Afterall, those legally carrying guns are among the most law-abiding people in the country.

Below the Radar: The Tiahrt Restrictions Repeal Act 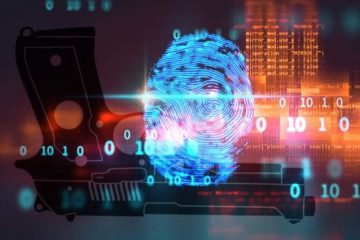