This feature appears in the April ’16 issue of NRA America’s 1st Freedom, one of the official journals of the National Rifle Association.

Arguing against the concrete merits of Glock design and functionality is not for the delicate: Globe-spanning adoption by law enforcement agencies, elite military units and services, and civilians have littered the last three decades with successes. The pistols’ many fans have plenty of, well, ammunition for such a contest. There are just too many folks out there with “it just kept running” stories, or pistols well north of 100K rounds (us, for instance) to make such a wrangle much fun.For really serious pistoleers, Glock’s appeal in the last 10 years has redoubled for the most comprehensible reason of all: the appearance of a huge array of aftermarket parts and configurations.

For really serious pistoleers, Glock’s appeal in the last 10 years has redoubled for the most comprehensible reason of all: the appearance of ahuge array of aftermarket parts and configurations. Taking a page from that lively aftermarket, Glock introduced its Modular Optics System in 2015. No longer is milling of a standard slide (with potential loss of warranty) and mating up a single manufacturer’s sight your only choice for putting a reflex optic atop your Glock.

The crucial change is a slide cut behind the ejection port and forward of the rear sight. Protected by a contour-matching cover plate out of the box, holes in the slot are tapped to receive one of the four provided adapter plates, topped with your chosen micro “reflex” or “red dot.” We know of sights from eight manufacturers that will work.

Note, too, that MOS pistols don’t demand an optical sight at the outset. Your MOS variant comes with a standard set of Glock factory sights, and will still accept most aftermarket types (night sights, for instance). You can take it right to the range and shoot in an entirely conventional way, and then you can take your time choosing the reflex configuration that meets your needs.

If you’re even slightly indecisive, be warned: Just picking which 9 mm MOS will suit you best is formidable. They have different strengths. (We won’t even mention the other three calibers. Er, oops.)

The G34 in 9 mm has been a mainstay in the competitive world for a long time and was one of the first MOS pistols (along with the .40 S&W G35). With a long sight radius (7.55 inches) and barrel (5.31 inches), it optimizes many aspects of the venerable Parabellum cartridge. It’s a smooth-shooting, accurate favorite of long standing. MOS may bring the most versatility here: For competitive shooters alone, you could have a pistol that puts you only a few minutes from five USPSA divisions—Open (minor, by swapping in a ported barrel that tames recoil through the “balancing cut” in the top of the slide), Limited (minor power factor, sans red dot), Limited-10 (minor, sans red dot), Production (sans red dot) and Carry Optics.

We ran both Burris FastFire IIIs (3 and 8 MOA dots) on our test G34 with great success. If you enjoy long range challenges with your pistol, pick the smaller dot. When we shot this in a couple of tactical matches, we preferred the 8. We love the on/off switch of the Burris, and the choice of auto-sensing brightness, or selectable high/medium/low. Battery swapping is also a dream.

This will likely be the MOS least considered, but that’ll be a mistake. The duty-sized G17remains the “best of everything” Glock in many senses—a host of obvious positives combine with intangibles to make it top o’ the class, at least for us. This didn’t change with a red dot: We put the .5-ounce, 5,000 G-proof JP Enterprises JPoint on our test gun and simply had a ball. We’d call the mount slightly less elegant than our others, but it didn’t seem to affect shooting performance a whit—as changing slide weight and center of gravity sometimes can—and all our favorite ammunition ran beautifully

(90- to 158-grain). By an admittedly small margin, this is our favorite actual dot: It seems like it is “matte,” where the others are “gloss.” That’s a small thing, but keep it in mind as you choose.

We’ve long lauded the G19 as the top “if I could have only one pistol” contender, and the MOS version solidifies that contention even more. It’s a small pistol that shoots like a big one, but a big pistol that carries like a small one, and was among the first Glock models to be routinely modified for reflex sight installation. In our trials, we set it up much like those predecessor aftermarket versions, with the Trijicon RMR.

If there is a “best sense” of ho-hum, we found it with the G19 portion of our tests: Boringly reliable (zero malfunctions); boringly precise (the 3.25 MOA dot helps); the RMR also feels smallest when mounted to a slide. While we concede this is subjective, we’d argue it’s not trivial: If the appeal of a reflex-sighted pistol extends to your defensive/carry needs, a better, tougher, more versatile configuration is hard to imagine.

There will be a temptation in some quarters to dismiss the MOS Glocks as merely incremental, a “camp follower” sort of advance. Certainly, these observers are entitled to such an opinion. There’s even a reading, albeit jaundiced to our eye, that they’re right—an indignant “finally!”—might sum them up best.

We’d take a different tack. Within some safety boundaries, there’s nothing wrong with experimenting, and we first put a reflex sight on a Glock roughly 10 years ago. As a gizmo, it was a huge success. We’d integrated some interesting technology, and even made it run pretty well by the standard of most pistols. The standard it didn’t perform well against you may anticipate: The identical pistol, stripped of our “improvements.” It’s this side step that the Gen4 MOS Glocks so deftly, precisely and cost-effectively avoid.

And, thinking back to our title, it’s a step MOS definitely worth skipping.

We mounted a set of AmeriGlo “tall” suppressor sights on the G19 to demonstrate how such a co-witness configuration (two sighting methods along the same path) can provide a back-up aiming solution. These are high enough to work above the body of the reflex sight, but are otherwise entirely conventional—and superbly durable—notch and post. The dot technologies are astonishingly rugged, but these mean you could lose the battery, the glass, even tear the reflex off the gun, yet keep shooting accurately.

Some other points to remember about reflex sights: If you’re cross-dominant—right-handed, but left-eyed or vice versa—the technology deserves even more serious consideration. We often see these shooters struggling with head/hand position issues that put them at a disadvantage, or at least slow them down. With a reflex sighted pistol, years-long struggles can often be overcome with the simple expedients of a slightly more “open” stance (a little more isosceles, that is, shoulders a trifle more square to the target), and the pistol pulled in a little (bend the elbows, press the palms together). Head turning or, worse, an actual angulation of the head to align the sights is no longer needed.

This helps because of point two: The dot of a reflex sight need not be carefully centered in the “window” of the sight to be on target. Because what you see is a reflection of the dot and not the dot itself, the relationship of the dot and bore never change. No matter where the reflected dot appears in the window, if it’s on target, so are you.

Next, you’ll want to shoot a “dot” pistol with your distance correction, irrespective of how that correction is achieved. If you do, you’ll discover the reflected dot has another unexpected optical quality and benefit: Whether your target is close or distant (within very broad limits), the dot is on the same focal plane as your target, and they can both appear clear and well defined. We encounter a surprising number of folks who reject reflex sights because they don’t understand this.

Lastly, don’t worry too much about dot movement: you get used to it (even rested, the wobble never entirely goes away). Also, that movement may be telling you something about your mechanics. Pull the firearm a little closer and press those palms together. Shot groups will shrink, and you’ll find yourself on target faster.

Where America Stands On Guns

Back To The Future: Anti-Gunners Again Look To The Courts With Dollar Signs In Their Eyes 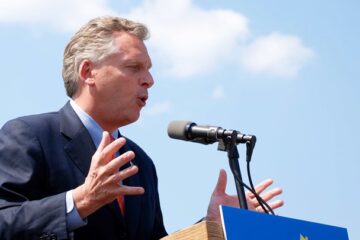