In what is considered to be the worst mass shooting in New Zealand’s history, at least one armed man has been charged after live streaming an attack on the Masjid Al Noor mosque in central Christchurch and the Linwood Masjid Mosque in the suburb of Linwood on Friday, leaving dozens dead.

Prior to the shooting, the shooter, identified as “Brenton Tarrant” on Twitter, uploaded pictures of the weapons he intended to use on the unsuspecting people at the mosque. 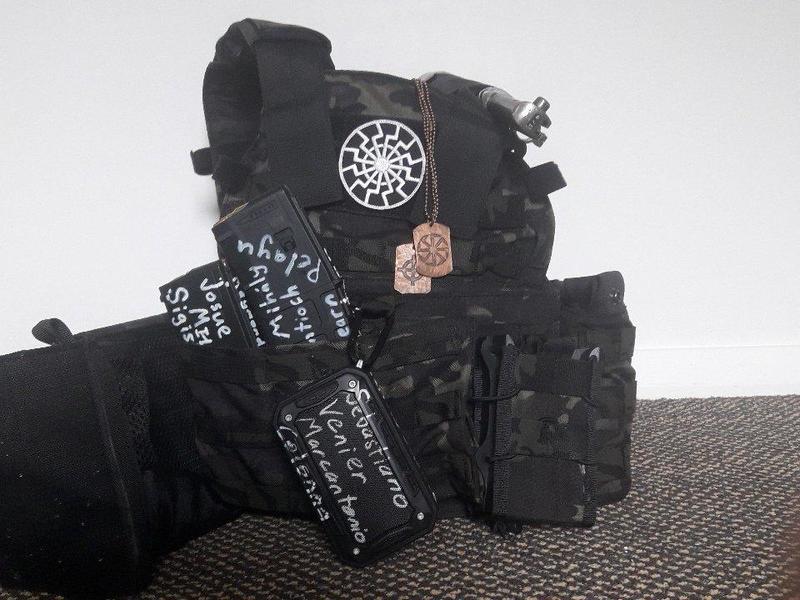 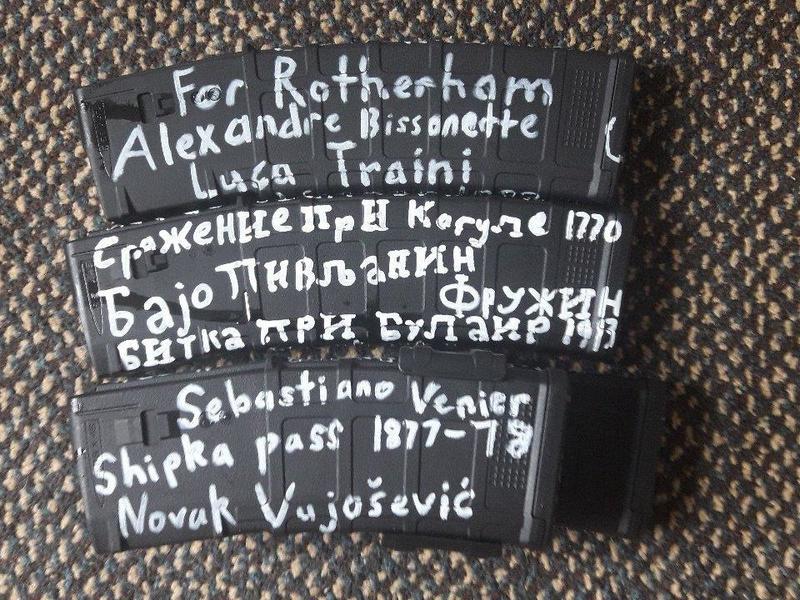 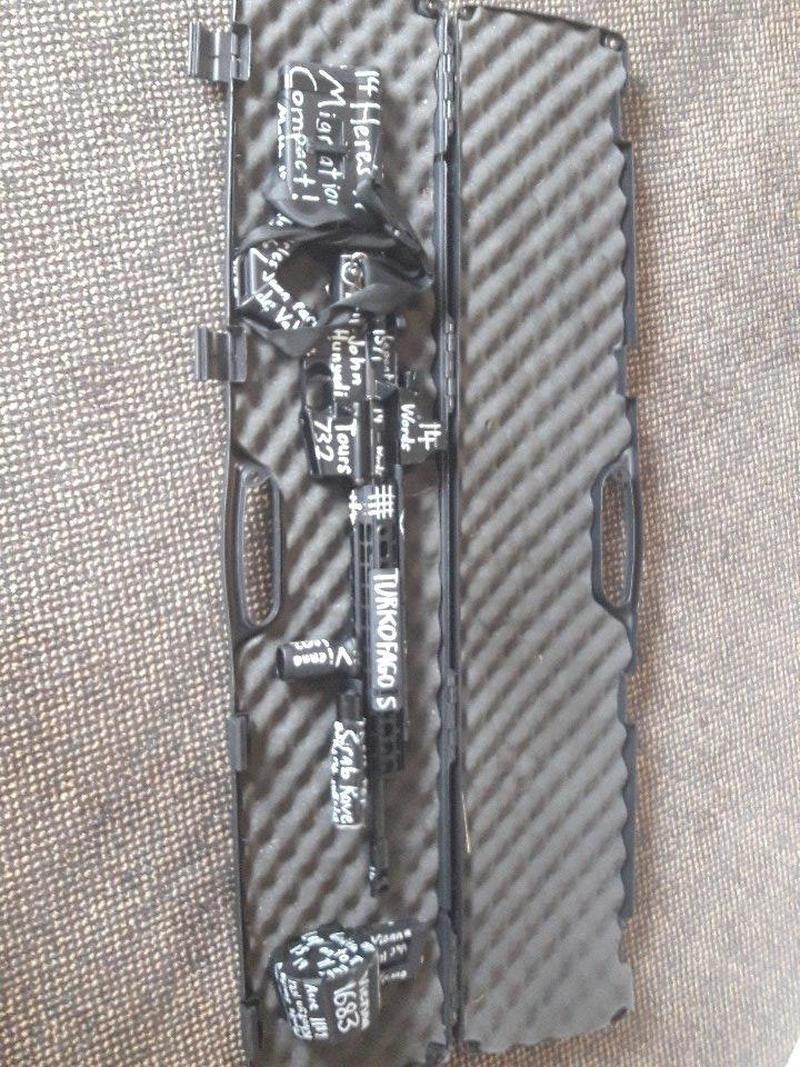 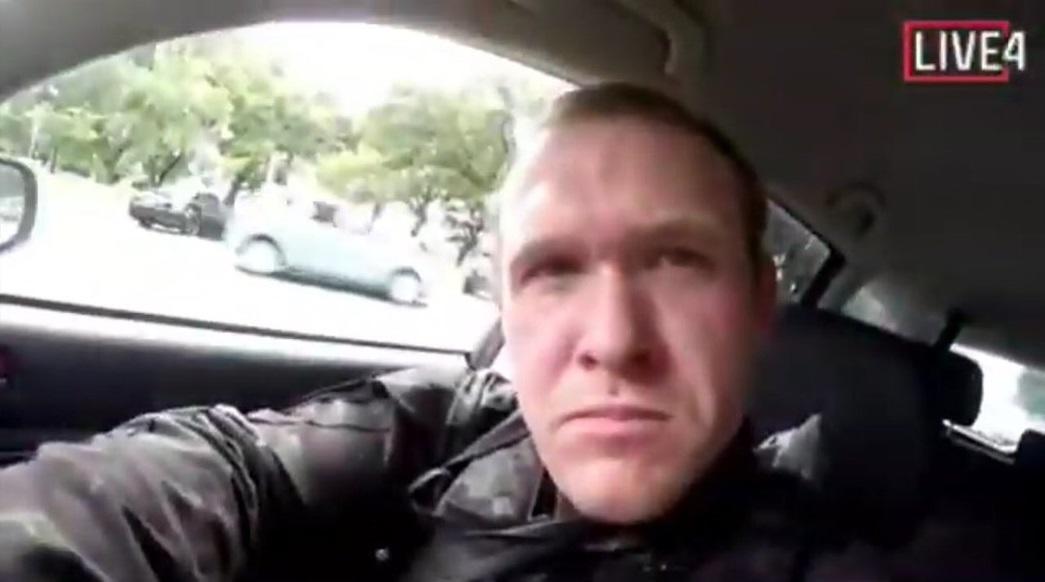 And his entry into the mosque. 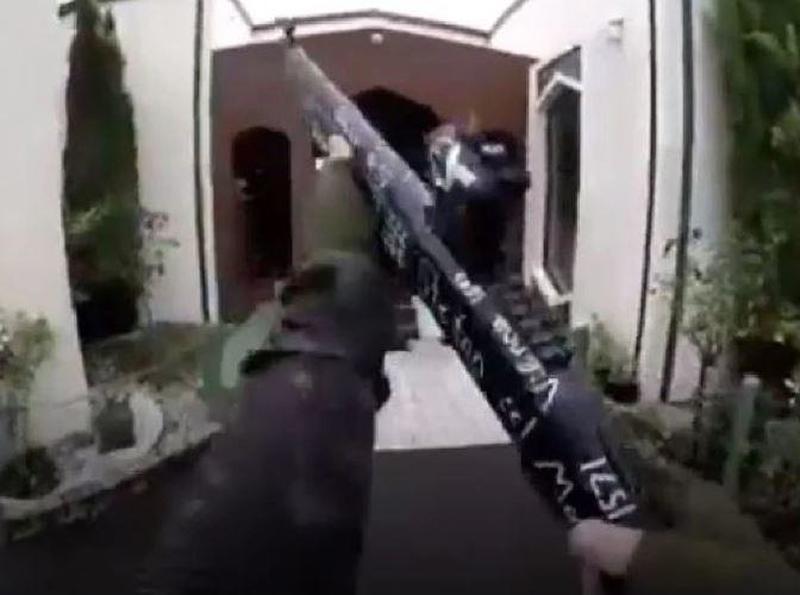 Tarrant was confirmed as the shooter.

Four people are now in custody over the Christchurch mosque shootings, New Zealand Police have confirmed.

At least 48 people were taken to Christchurch hospital to be treated for gunshot wounds.

The male shooter, apparently in his 20s, has been charged with murder and will appear in court on Saturday.  He had posted his plans of the attack on social media.

However, a total of three men and one woman were taken into custody, even though only one has been charged.

Apparently, as with each of these shooters, a manifesto has been “discovered.”

In a 74-page manifesto, which was filled with the shooter’s thoughts on immigrants coming into New Zealand, the shooter said he was doing what he was doing to “ensure a future for my people.”

The manifesto, posted online, features a series of questions and answers, and opens with one asking: “Who are you?”

“My parents are of Scottish, Irish and English stock. I had a regular childhood, without any great issues. I had little interest in education during my schooling, barely achieving a passing grade.”

He adds: “I am just a regular White man, from a regular family. Who decided to take a stand to ensure a future for my people.”

He describes himself as “a private and mostly introverted person” and admits he is racist, adding that he is an “Eco-fascist by nature”.

He said New Zealand was not the original choice for an attack, saying he only came to the country temporarily to plan and train.

On his planning for the attack, he wrote: “I begun planning an attack roughly two years in advance and an attack at the location in Christchurch three months in advance.”

Answering whether he supports Brexit, he wrote: “Yes, though not for an official policy made. The truth is that eventually people must face the fact that it wasn’t a damn thing to do with the economy.

“That it was the British people firing back at mass immigration, cultural displacement and globalism, and that’s a great and wonderful thing.”

On whether or not he is a supporter of US president Donald Trump, he wrote: “As a symbol of renewed white identity and common purpose? Sure. As a policy maker and leader? Dear god no.”

Right there!  That should tell you what you need to know about this.  Call me cynical, but I’ve seen it too much.  Why that line about Trump?  Ask yourself that.  This is a man in New Zealand for God’s sake!

The shooter also said that Norwegian shooter Anders Breivik was his inspiration.

When he was sentenced, I reported:

Breivik openly confessed to the attacks during his trial. He described the details of detonating a car bomb at the government headquarters in Oslo. He then opened fire at an annual summer camp for the governing Labor Party’s youth. According to the numbers, eight people were killed and more than 200 injured in the explosion. Sixty-nine people, most of them teenagers, were killed in the shooting spree which took place on Utoya island.

In his final words, Breivik regretted not killing more people, apologizing to other “militant nationalists” for not achieving an even higher death toll. He said he wouldn’t appeal the ruling because that would “legitimize” a court he said got its mandate from a political system that supports multiculturalism.

And while many tried to paint Breivik as a Christian, David Wood points out that he was nothing more than a “cultural” Christian who held not biblical doctrines and failed to follow the one he took the name, Jesus the Christ.

As a side note, it is interesting to me that this would occur in Christchurch.

New Zealand Prime Minister Jacinda Ardern said, “Many of those who will have been directly affected by the shooting may be migrants to New Zealand…they have chosen to make New Zealand their home and it is their home. They are us. The person who has perpetuated this violence against us is not.”

New Zealand PM Ardern: "Many of those who will have been directly affected by the shooting may be migrants to New Zealand…they have chosen to make New Zealand their home and it is their home. They are us. The person who has perpetuated this violence against us is not." pic.twitter.com/R13wr38epR

According to BNO News, New Zealand police are asking that all mosques “shut their doors” under further notification.

Additionally, the police commissioner said that several of the vehicles they stopped were rigged with explosives.

“There were a number of IEDs attached to vehicles that we stopped.”

About ten minutes after the Christchurch shooting occurred, another shooting at the Linwood Masjid Mosque in the suburb of Linwood took place in which a shooter opened fire.

Stuff.co.nz and Radio NZ reported that at least nine people were killed and dozens injured in that attack.

In response to a serious ongoing incident we're locking down number of central city buildings, including the Civic Offices and Central Library. https://t.co/tph8HFddm3

Some people reading this will note that I am diametrically opposed to Islam, but this is plain murder.  The people were not attacking anyone and no one’s life was in danger.  These shooters deserve the same thing I said Anders Behring Breivik deserved: justice, a swift execution.

Furthermore, there is no doubt that New Zealand will attempt to encroach more on the people’s God-given rights to arms in light of this attack by a few people, which only makes the people more defenseless no matter what their religion is.  They already have fairly restrictive regulations against civilians owning handguns, semi-automatic weapons or fully automatic weapons, but pay no attention to the fact that those “restrictions” didn’t stop these people from possessing them to murder unarmed people.  Get the point?