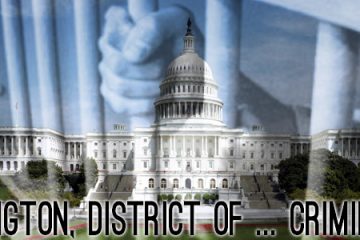 January 18, 2021 Guns In The News
Home»US News»Obama Confronted by Pro-Gun Patriots in Oregon
US News

As soon as the news broke of the tragedy in Oregon, most America knew what was coming next.  More rhetoric from the Left and especially the President about gun control was sure to come.  However, many were surprised when the President took Clinton’s lead and began speaking of executive orders.  Some 2ndAmendment supporters showed up to let the President know how they felt about his threat.

Mr. Obama visited Roseburg to meet with the families of the victims of last week’s massacre at Umpqua Community College, a tragedy that led the president to renew his call for gun-safety measures.

But at least some in the small Oregon town believe more gun restrictions will make them less safe. As the president landed, they held signs that read “Gun free zones for sitting ducks,” “Obama is wrong,” “Nothing trumps our liberty,” and other anti-gun-control slogans.

Now, what we have to recognize are two things.  Most people know that the President does not want to leave office with another loss.  If he speaks this gun restriction “law” into existence, then once again the courts will shut it down.  There is no way that anything that the President tries to speak through executive order will pass Constitutional muster.  This is why we have gone so many days, and nothing has been done.

With the President’s team of lawyers, there is little chance that he will be able to get an executive order done.  It is looking more and more likely that he is trying to appease the anti-gun nuts because Hillary, once again, put him in a bad spot.

Following his meeting with the families, the president said he’ll continue pushing for new gun-safety measures.

But how can he without support from the Congress?  What can he do?  Even if he tries to take action through executive order, most states would refuse to comply and would take the administration to court just as they did over his amnesty order.  The administration admitted as much less than a week ago.

For a brief and shining moment, it looked this week as if Barack Obama had finally acknowledged that there were limits upon his power. Responding to the news that Hillary Clinton was hoping to achieve federal gun control by fiat, the White House did everything but scoff. Clinton’s idea, a staffer told the Washington Post, had been examined in detail a while back, and then rejected out of hand. Her proposal, he added, was likely to “present new and unforeseen enforcement problems,” to “create untold logistical . . . difficulties,” and, ultimately, to be “subject to legal challenge.” The administration, he concluded, “still has not found a way to make it work.”

But now, the President still seems devoted to this getting done.

Fewer than 48 hours later, the White House conceded that it was aiming to move ahead with the plan.

If he does, he may be faced with more angry Americans than at any time in his troubled administration.  There may be many more scenes like that in Oregon, but on a much larger scale.