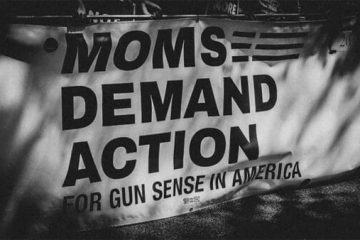 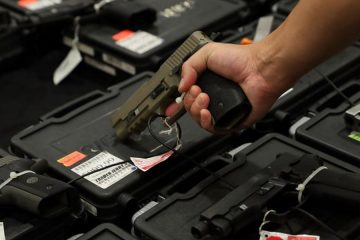 Personal-defense weapons (PDWs) are hot and getting hotter. We’ve reviewed a number in the pages of Shooting Illustrated, from the iconic Heckler & Koch SP5 to the refined LWRCI SMG 45. With the addition of a brace, these heavier-than-a-handgun pistols can be fielded and used effectively for home and personal defense. AR-15- and AK-47-based pistols are quite similar, and both variants have pistol-caliber options in addition to the traditional rifle-caliber variants.

However, even the most entry-level of offerings run multiple hundreds of dollars, and in the current climate can be rather difficult to find. What if there was a way to quickly, easily and cheaply turn a handgun you already own into a PDW? Recover Tactical offers its take on this concept with the 20/20 Stabilizer Kit for the Glock G19 handgun, which comes equipped with a folding brace that straps to the forearm and offers four different trim levels to suit individual needs.

The first level is the 20/20B, which is just the stabilizer. Moving up, the 20/20S adds a sling and two short sections of Picatinny rails that bolt to either side of the stabilizer. The 20/20H has all of the previous items as well as a unique holster. Finally, the final level is the 20/20MG, which comes with the stabilizer, sling, Picatinny rails, holster and a magazine carrier. Prices start at $99.95 and top out at $189.95. The Stabilizer Kit is available in black, tan, gray and light gray, and has a wide variety of fits for Glock mid-size pistols (G19/G22/etc.)

Before we get into putting the Stabilizer kit on a Glock pistol, there’s a few important things to note. The kit comes with what Recover calls a charging handle in both low- and high-profile configurations. This handle clamps around the back of the slide and offers greater purchase for charging the pistol—with the Stabilizer in place, much of the slide is obscured and therefore harder to get a handle on for racking.

The charging handle in either high- or low- profile trim protrudes on the sides and top (high profile) to give an edge. Note, however, that it completely covers the rear slide plate — if you have a Striker Control Device, it renders it inoperable. Also, if you have a red dot on your Glock, the charging handle won’t fit; however in this case, you can use the sides of the red dot to charge the pistol (this is how I approached it and it worked fine).

Putting the G19 into the Stabilizer Kit was literally as easy as turning a screw. Literally. Fit the pistol in place, bring the two halves together and screw the single bolt into the captured nut. About the only twist is that the arm brace has to be folded. If you get the kit with the Picatinny rails, they need to be attached before the Stabilizer goes on the pistol. At this point, everything’s ready to go. The holster needs to be assembled should you opt for that kit, but that’s again as simple as turning a screw.

In action, what’s immediately apparent with the Stabilizer Kit is that the extra point-of-contact really does make a difference. At 10 and 25 yards, groups were easily half the size using the Stabilizer either strapped to the forearm or with a cheekweld. It takes a little practice to bring up to target, especially with the red dot, but with just a few presentations you get the general idea. The Stabilizer Kit helped turn a 3-inch offhand group at 10 yards into a ragged hole in the same amount of time — you start to understand the appeal of these PDWs.

In the end, the Recover Tactical Stabilizer Kit is an inexpensive way to get into the pistol-caliber PDW game. It doesn’t add a significant amount of weight (slightly less than 11 ounces), isn’t anywhere near as pricey as a standalone PDW and uses a pistol with which you’re already familiar and should have plenty of magazines and ammunition available. If you’re even the slightest bit “PDW-curious,” the Recover Tactical Stabilizer Kit can help scratch that itch without putting that big of a dent in the budget.

Analysis of Defensive Shootings by Rifleman in Kenosha RIots ~ VIDEO 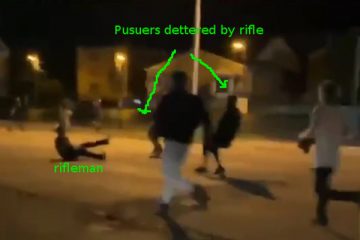