The Lovely Art of Going Afield, Shotgun in Hand

It All Begins With Educating Yourself

Q. I recently bought a U.S. M1903 rifle through the Civilian Marksmanship Program. The rifle has a hinged lever on the receiver’s left side with “ON” and “OFF” stamped on opposite sides. I was able to learn that this is a “magazine cut-off” but am unfamiliar with the purpose of the device. Can you explain it to me?

A. The lever on your rifle is, indeed, the magazine cut-off. All M1903 rifles, from the beginning of production until the final variants (such as the M1903A3), were equipped with the feature. The purpose of the magazine cut-off was to permit the rifle to function as a single-shot with a full magazine held in reserve. 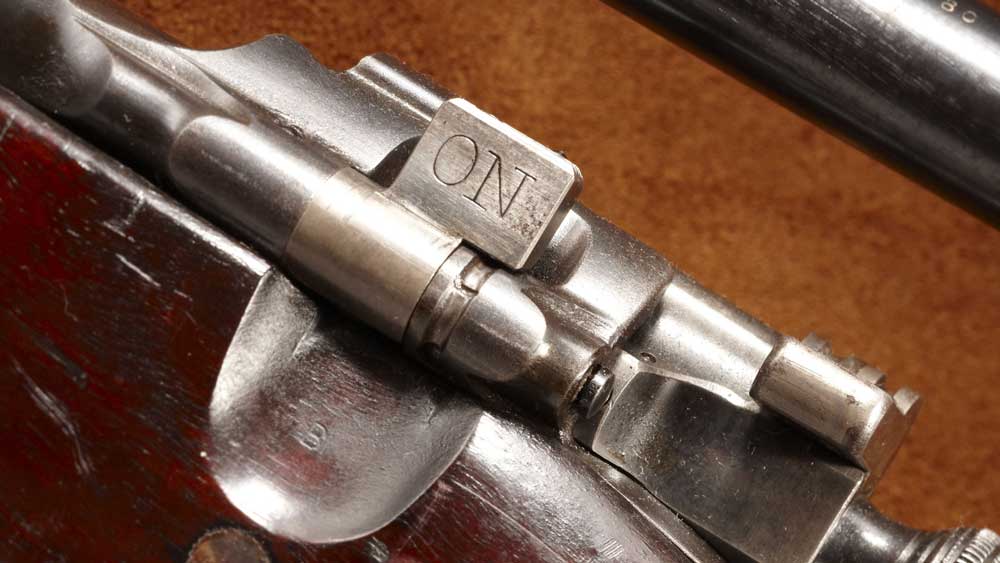 The concept of a magazine cut-off for American military arms can be traced as far back as the Civil War when the repeating Spencer carbine was fitted with a similar device. Opponents of repeating rifles in military service were concerned that soldiers would waste too much ammunition in rapid fire. The magazine cut-off was seen as a solution to this “problem,” as the guns could function as single-shot arms with the contents of the magazine being held in reserve for “emergency” situations, such as massed assaults or cavalry charges. There were even bugle signals developed to alert soldiers when to disengage their magazine cut-offs.

Several post-Civil War U.S. military rifles, including the Hotchkiss and Krag, were fitted with magazine cut-offs. This feature was retained on the M1903 rifle and subsequent variants long after the perceived problem of wasted ammunition was shown to be overblown. One, probably unintended, advantage of the magazine cut-off was that it permitted the bolt to be manipulated on an empty rifle without interference from the follower during close-order drill and similar uses. Otherwise, the magazine cut-off was seldom used, especially in combat, as soldiers understandably wanted a full magazine ready for immediate use. In short, the magazine cut-off is an anachronistic feature that was never really necessary in the first place.

To subscribe to the magazine, visit NRA membership page here and select American Rifleman as your member magazine.

The Lovely Art of Going Afield, Shotgun in Hand