Q. I was at a gun store and saw an Enfield No. 4 rifle that looked to be a pretty standard model to me, except it had a pointed stacking swivel. I have never seen one like this before and was wondering if you could tell me something about it. Is this some odd variant, or is it a common one that I have just never seen before? 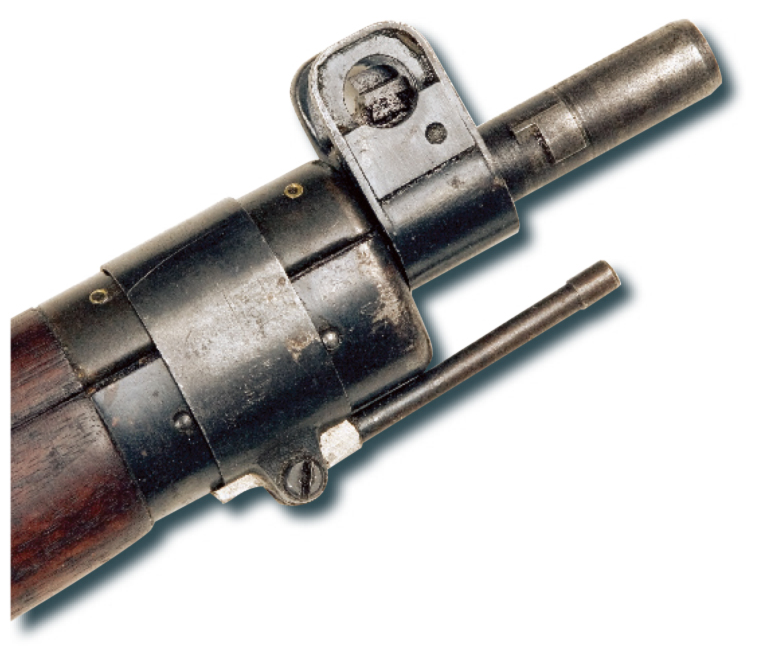 A. I, too, have seen these rifles around and about. Apparently, Century Arms acquired a significant number of Lee-Enfield No. 4 Mk I and Mk I* rifles with this uncommon feature from a Middle-Eastern country’s war-reserve supplies that were sold off as surplus.

A visit to centuryarms.com confirmed that this batch of rifles included both British- and North American-manufactured Enfield No. 4s. These rifles were likely standard-configuration No. 4s that were sold off to that country several decades ago, but were later modified with the addition of this odd stacking swivel. Our resident Enfield nut—I mean authority—verified that these are assuredly not British-issue parts.

As far as collectibility concerns go, it all depends on your perspective. Oddly enough, many military rifle collectors are very enthusiastic about modified surplus rifles that can be identified as part of a specific lineage. Regardless, they certainly have their place in the history of Lee-Enfield rifles. I hope this helps.

To subscribe to the magazine, visit the NRA membership page and select American Rifleman as your member magazine.

Why Illinois Will Likely See Even More Violent Crime

Complacency Can Get You Killed