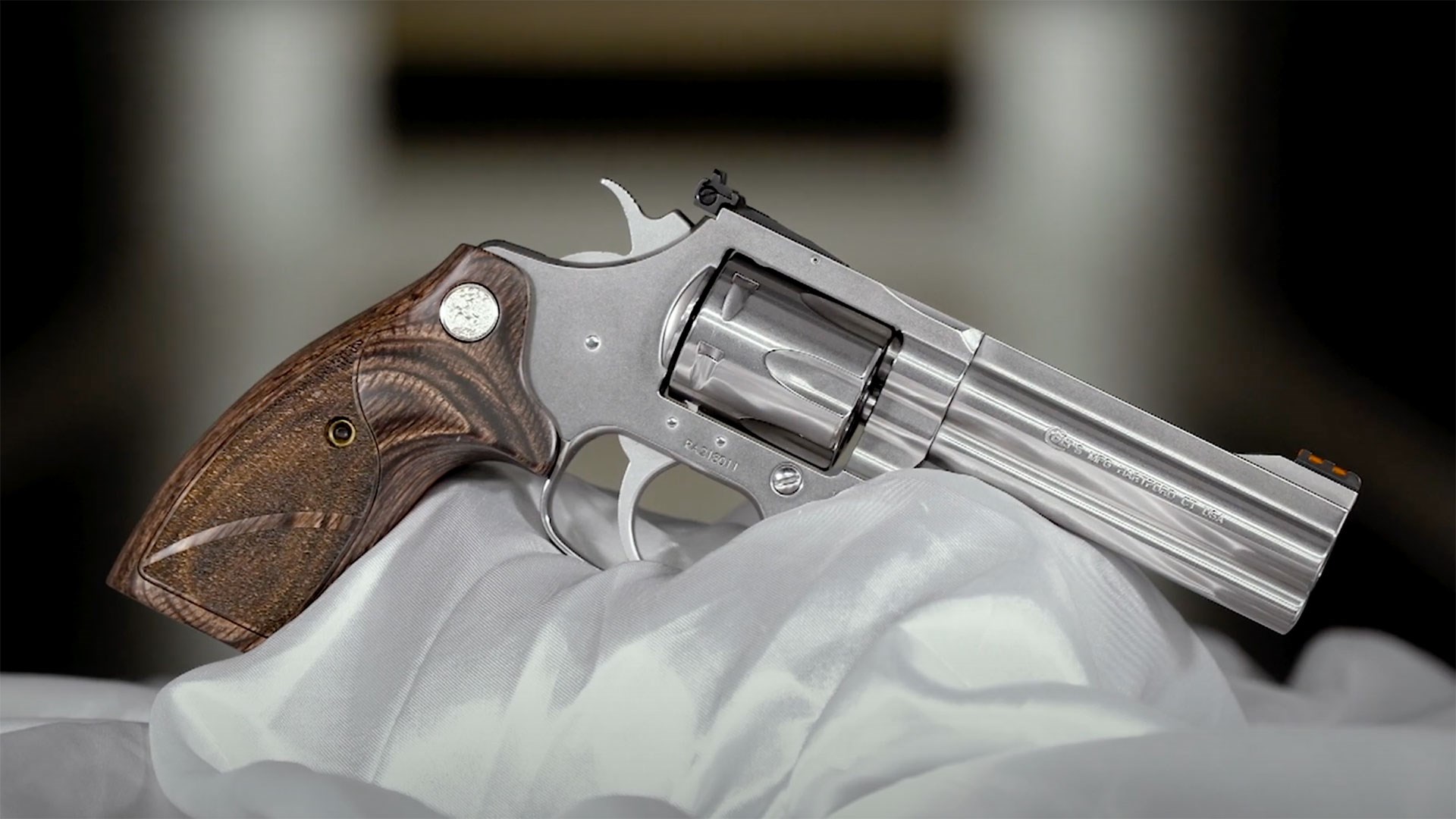 The King Cobra Target is fitted with a 4.25″ long, stainless-steel barrel, full leg with recessed crown, giving it an overall length of 9.25″. Chambered for .357 Mag. like the rest of the Cobras, the King Cobra Target has a cylinder capacity of six rounds. Both the cylinder and frame are also made from stainless steel, with the metal wearing a brushed finish. Its steel construction results in a total weight of just 36 ozs., unloaded. 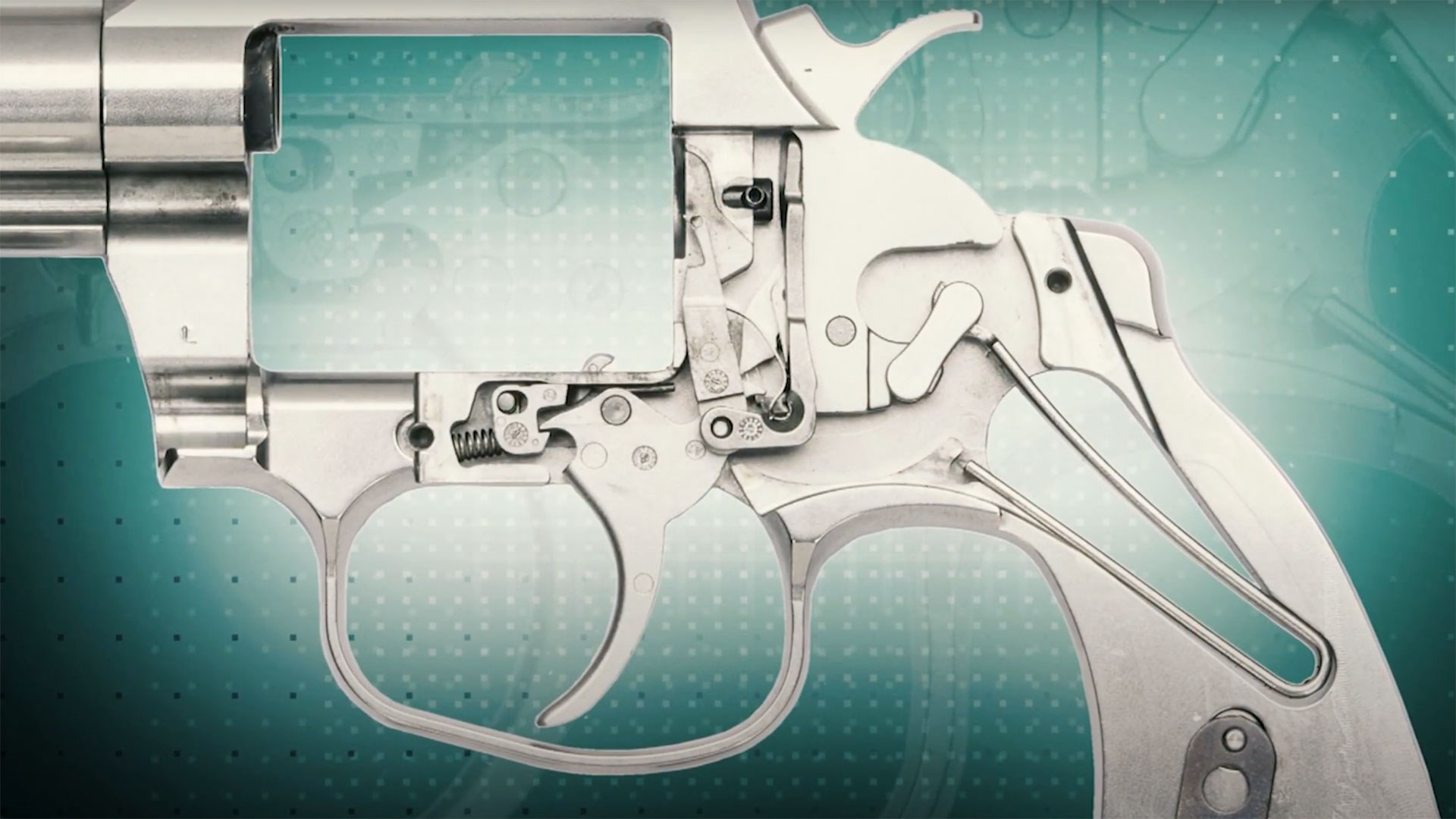 An internal view of the linear-leaf spring design used on the King Cobra Target.

Like the other new King Cobra revolvers, the King Cobra Target’s double- and single-action trigger uses a linear-leaf spring design, which results in a smoother felt trigger pull. The double-action pull is comparatively light at 9 lbs. 7 ozs., with the single-action breaking at 5 lbs. One thing that was noted during testing was that the trigger needed to be methodically reset all the way, with a few tactile bumps in the travel which act as false indicators to those who are unfamiliar. Also like the other King Cobras, the cylinder of the King Cobra Target opens out to the left side, activated by a classically Colt-style cylinder catch. 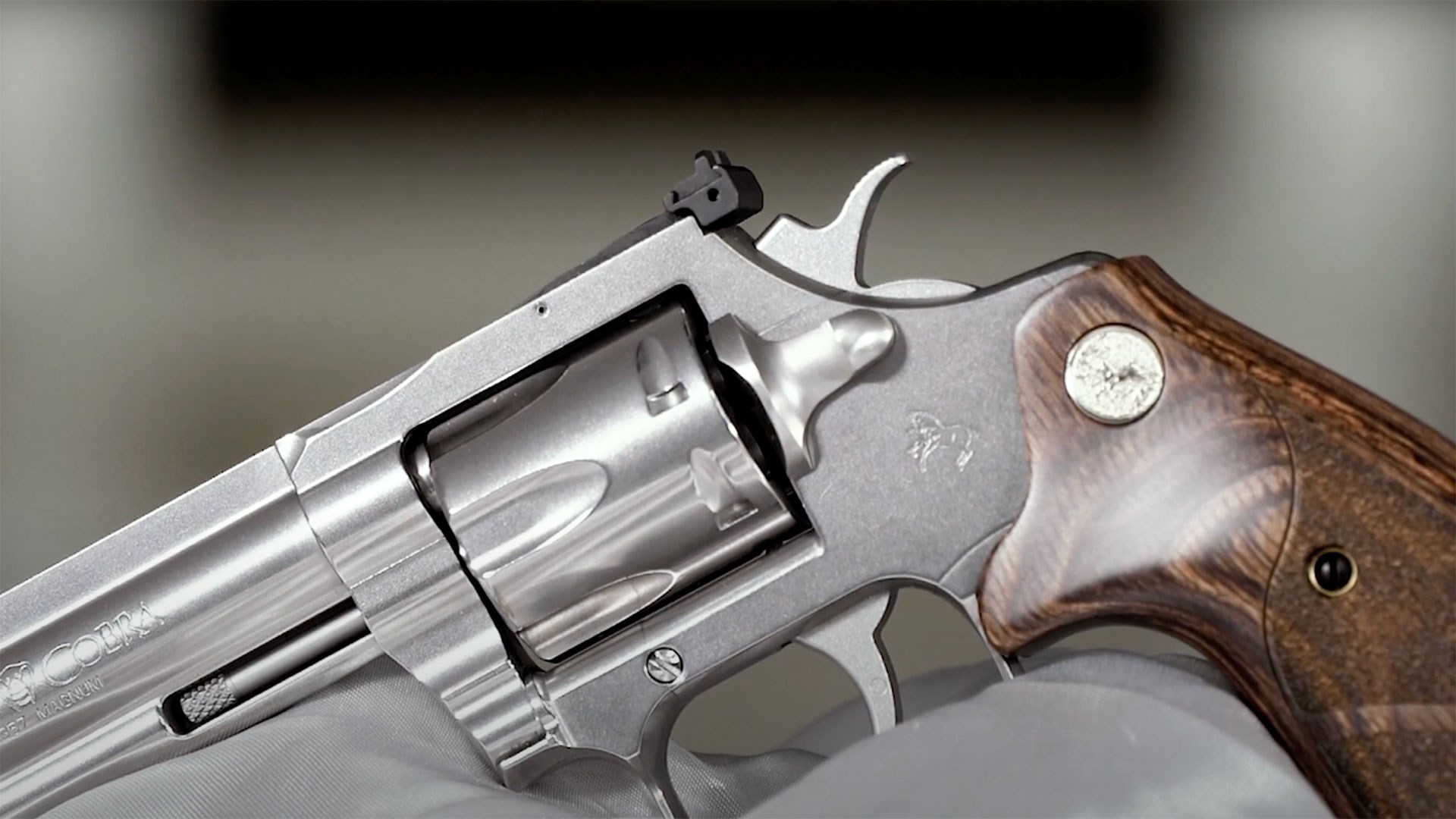 A closer view of the King Cobra Target from the left side.

On top of the frame and barrel, the King Cobra Target comes with a raised fiber-optic front and an adjustable rear sight set. The front sight can be replaced by loosening a set screw just above the muzzle, and swapped out for other options. As for the rear sight, it is full adjustable for windage and elevation through small screw adjustment knobs. 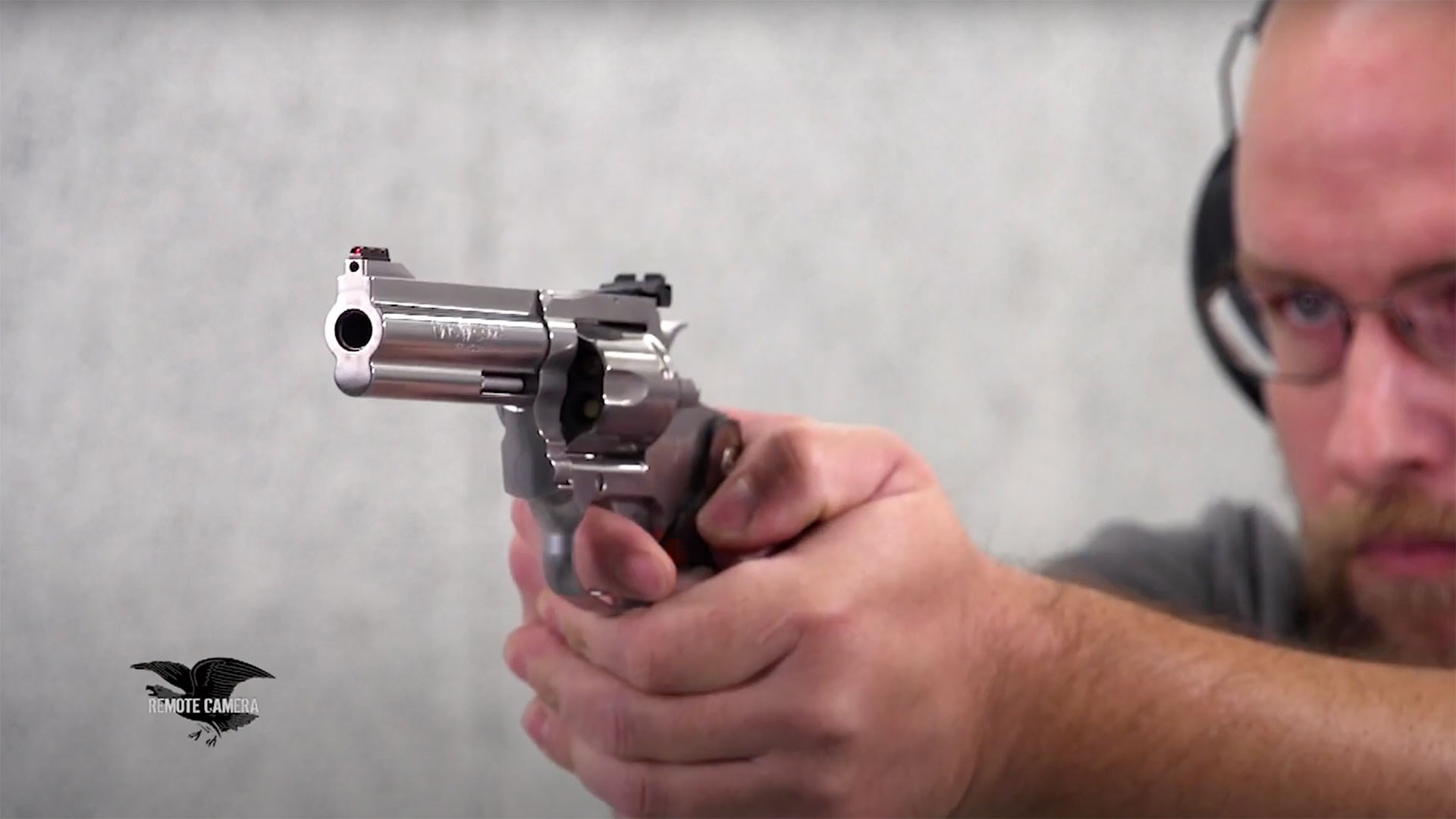 Testing the Colt King Cobra Target on the range.

Unlike the other King Cobra models, the King Cobra Target comes with a set of Altamont wood stocks, which are laser engraved with stippled texturing. These stocks offer a more full grip, more tactical grasp and add aesthetic with embedded Colt logo medallions. They also aid in providing more grip area to better stabilize the revolver when shooting at greater distances. Another change made on the King Cobra Target is an enlarged trigger guard over the classic style. This provides greater room inside the trigger guard for use with gloved hands.

Still offered by the company today, the King Cobra Target has a suggested retail price of $1,000. For more information on the Colt King Cobra Target revolver, along with Colt’s other lines of re-introduced wheelguns, visit colt.com.